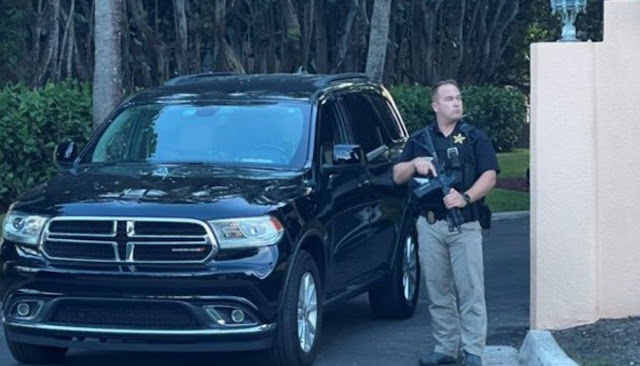 On June 17, 1972, a night janitor at the Watergate Office Building in Washington, DC noticed that the door to the Democratic National Committee Headquarters was unlocked, and flashlights were on inside. He alerted security and five burglars were subsequently arrested for breaking into the DNC headquarters. The Nixon campaign operation was hoping to find evidence that linked the Democratic National Committee to Cuban-linked campaign funding. After the five perpetrators were arrested, the press and the U.S. Justice Department connected them through a slush fund to the Nixon re-election campaign committee. President Richard Nixon, then used the power of the Presidency and the FBI to try to cover-up the crime.

This event set off one of the biggest scandals in the history of American politics, and eventually took down a President. It was clear in 1974 that a politician or a political party could not use the power entrusted to them by the people against their political opponents. If this behavior was allowed, it would be an end to our country as we know it. Nixon had to be removed from office. We could not have sat idly by and allowed this abuse of power to occur. If we did, our tacit approval would have made us complicit in the crime and the destruction of our country.

Two days ago, on August 8, 2022, Joe Biden’s intelligence agency raided the Mar-a-Lago, Florida home of his number one political opponent, former President Donald J Trump. The FBI agents took control of his entire house, went through every closet and drawer, broke into safes, and removed 15 boxes of documents. Many people on the left are downplaying the seriousness of the raid, claiming the FBI was merely “executing a lawful search warrant”. But that is also how the FISA warrants executed against Carter Page were characterized, and they all turned out to be fraudulent because FBI lawyer Kevin Kleinschmidt falsified information on the warrant applications. So, if the FBI used the fraudulent warrants to spy on Donald Trump, his campaign, his transition and his Presidency in the past, how can we be certain that these search warrants authorizing a raid Trump’s home are legitimate?

Our current FBI is working like the Gestapo, weaponized against political opponents of Democrats. Former Trump advisors Steve Bannon, Peter Navarro, George Papadopoulos and Paul Manafort have all had their homes raided or have been arrested for purely partisan purposes. Project Veritas President James O’Keefe had his home and office raided by the FBI because they believed that he was in possession of Joe Biden’s daughter’s dairy which contained details about Joe Biden’s embarrassing and at times borderline criminal behavior.

Make no mistake, this raid and all of the other attacks on Trump and his associates are not about the rule of law nor are they about protecting democracy; they are the exact opposite, a blatant attempt circumvent the rule of law and thwart democracy. Liz Cheney made it very clear that the January 6 committee’s primary aim is to prevent Donald Trump from running for President again when she said that Donald Trump “can absolutely never be near the oval office ever again.” Like the raid on Mar-a-Lago, the January 6 committee is not interested in discovery the truth, they are only interested in disqualifying Trump as a Presidential candidate which in and of itself is a direct attack on our democratic process and our rule of law.

The Democrats abuse of power and misuse of the intelligence agencies are directly undermining our democracy because they are trying to use their power to prevent the opposition party’s leading candidate from being President. And they have attempted to do this ever since Trump was elected in 2016. They impeached him twice; they put America through a 2 ½ year false Russian collusion investigation, and now we are suffering through this January 6 show trial – all with one aim in mind, prevent Trump from being President. Trump has been exonerated each and every time. And now 30 FBI agents have raided his home on a fishing expedition, looking for any evidence to use against him. I doubt many politicians in Washington could survive the level of investigation that Donald Trump has. Trump will be exonerated of criminal wrongdoing again, but the FBI may find some dirt for the Democrats to use as campaign fodder which is what the raid was all about anyway.

In 1974, people of both political affiliations understood how very dangerous Watergate was. Even Republicans, the people who voted for Nixon, knew he was wrong, and knew there must be serious consequences. Nixon weaponized the FBI for his political purposes, but the difference is that he did it in secret and had to try to cover it up because the media and the American citizens, even his own voters, would not stand for it. The scary part today is that Biden is doing what Nixon did, but out in the open for all to see, and half the country and most of the media is on board with his abuse of power because of who his corrupt actions are targeted at. Very few people defended what Nixon did while tens of millions are defending what Biden is doing, even though, substantively, there is not much difference between what each have done. It appears that very few people in power or even our common citizens ever put the country first. They put their party or their own self interests ahead of the country.

This week, the Senate, in its $700 billion “Inflation Reduction Act”, added 87,000 new IRS agents. The party who during Obama’s regime used the power of the IRS against their political opponents like the Tea Party, have just expanded the IRS to the level that they will be able to go after any citizen who dares to criticize the regime, putting them through time consuming and expensive audits. And days after passing the bill which dramatically expands the power and reach of the IRS, the FBI raids the home of Joe Biden’s number one political opponent.

The more power we give to the powerful the more the powerful will use that power against their opponents, against the citizens, against you and I. 5 years from now, it will be edifying to see the difference in the number of IRS audits between Republican donors and Democrat donors. It won’t even be close. Ironically or hypocritically, Judge Bruce Reinhart, who signed off on the Mar-a-Lago raid to obtain documents from Trump, in 2014, completely dismissed potential criminal charges against Head of the IRS Lois Lerner for the over 30,000 subpoenaed emails that she deleted during the investigation into the IRS targeting Tea Party members. And this is not to mention, the 33,000 emails that Hillary Clinton bleach-bit off her unsecured illegal server that she used to keep sensitive and even classified documents on, and she has never been held accountable for.

It is almost laughable that Congress just expanded its power to audit you and I in a bill that created $700 billion of new spending. Unelected, unaccountable bureaucrats wrote that bill, and not one politician who voted for it, read it, yet they’re kicking down the doors of Trump’s private home in search of a crime, and are hiring an army of new IRS agents to audit your finances. So, the government who put this country $30 trillion in debt, and annually runs a half trillion-dollar deficit, is going to investigate our finances? That would be like a morbidly obese person going through your refrigerator telling you how to clean up your diet. There should be a law that if the government cannot balance its own budget, then they forfeit their power to investigate private citizen’s finances.

In June, Attorney General, Merrick Garland said, “no one is above the law” when referring to Trump, yet Hillary Clinton, John Brennan, James Clapper, James Comey, all of whom have committed crimes far worse than anything Trump is accused of, have never been held accountable. Apparently, there are some people above the law. The FBI also sat on Hunter Biden’s laptop for almost two years without acting on any of the clear evidence of crime and corruption that was in it. Yesterday, Nancy Pelosi also proclaimed that, “no one is above the law”, as she is still feeding her husband inside information on stocks that he is trading on to make millions of dollars each year, yet there is no investigation, no audit of his stock trades by the SEC. Why doesn’t the FBI kick down the door to her San Francisco home, and remove as many documents they can get their hands on? Where is the investigation into each and every stock pick Paul Pelosi has made and compare it to the legislation his wife help pass. If you or I did what Paul Pelosi has done, we’d be sitting in prison right now.

The corruption and graft that is embedded in Washington, DC, is real. Most Senators and Congressmen leave their public service exponentially wealthier than when they entered. And this is why the entrenched corrupt politicians fear Trump so much and want to prevent him from being President. He is always a threat of pulling back the curtain and exposing the scam that is Washington, DC. Is any average American citizen’s life going to be improved by the $700 billion spending bill that they just passed? Of course not. It will be political donors and special interest groups who will benefit the most, as they always do, while the average citizens will foot the bill through higher taxes and increased inflation.

We are living in dangerous times. We are very close to losing our Constitutional Republic. I hesitate to use that type of language because it sounds hyperbolic, but in this case, it could be very real. We have spent the last 48 years tagging the word "gate" to every scandal to attempt to elevate it to the level of Watergate and very few have risen that high. What happen on August 8, 2022, in Mar-a-Lago, Florida is as close to Watergate as we have ever seen - the abuse of the intelligence agencies to attack a political opponent to circumvent our democracy. It is all eerily similar and equally dangerous.

If you want to know why so many people believe the 2020 election was rigged, you have to look no further than the juxtaposition of these two stories – the Mar-a-Lago raid and 87,000 new IRS agents. Watching the way the Democrats misuse our trust and money, it actually makes sense that they would try cheat in an election; it is consistent with their character. If the Democrats are willing to corrupt and weaponized government agencies to prevent Donald Trump from running for President in 2024, why wouldn’t they corrupt the election to prevent Donald Trump from winning in 2020, especially when they changed the election laws to make it so easy to do so?