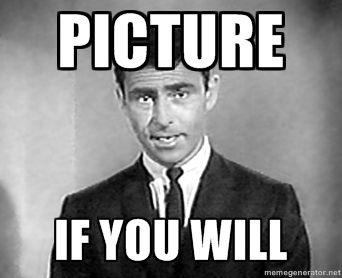 What you are about to watch is a nightmare. It is not meant to be prophetic, it need not happen, it's the fervent and urgent prayer of all men of good will that it never shall happen. But in this place, in this moment, it does happen. This is the Twilight Zone. -  Rod Serling

Given our declining economy that's in recession and hurting average Americans, a massive red wave is predicted for the 2022 mid-term elections, a nightmare for Democrats and they are in panic mode.

Angry voters are poised to kick out of power the tyrannical Democrats who are bent on transforming America into their version of a socialist utopia, which, in reality, will be a socialist  nightmare.

"Picture if you will" the depths desperate Democrats will sink, including election fraud, to thwart the will of the people and hold on to power.

Connecting some dots will provide a window into the election fraud Twilight Zone concocted by socialist Democrats who are colluding with corrupt media cohorts.

Here are the dots:

Then, curiously, on July 22, 2002 a somewhat more rosy election picture was painted by Mark Murray in his article "Generic ballot position has improved for Democrats — but be careful reading the numbers."

"The generic ballot numbers have been climbing for Democrats in polling over the past month.

"Despite President Joe Biden’s approval rating in the 30s, a recent Quinnipiac poll found 45% of registered voters wanting Democrats to control the U.S. House of Representatives, versus 44% who want Republicans in charge — a shift from when Republicans held a 5-point advantage on this question in June, 46%-41%.

Additionally, the online Politico/Morning Consult poll has Democrats leading by 4 points, 45%-41% — after it was tied in June."

The article by Bonchie includes this sentence: "Is the Democrat Party on the rebound heading into November’s mid-term elections? If the latest CBS News poll is any indication, the answer is a resounding 'no.'"

The article states: "In advance of Michigan’s Tuesday, Aug. 2 primary election, News Channel 3 was conducting a test of its election systems last week. In doing so, the station inadvertently published mock results on WWMT.com. The numbers used were randomly generated and did not reflect actual results."

Here are the images of the fake elections results News Channel 3 posted: 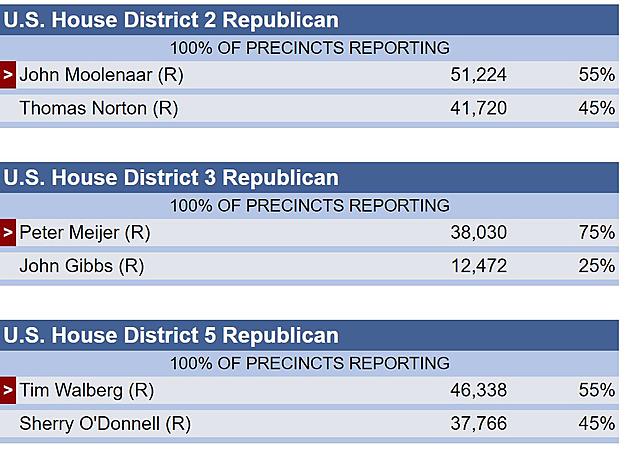 The  Michigan Department of State expressed no alarm about the fake results being published ahead of the actual election, which must have pleased the Democrats. When concerned citizens expressed outrage, various media outlets defended the Michigan station. For example, the AP published an article "Release of test election results fuels unfounded fraud claims."

Our sources of news control what we read and see and they have been influencing, manipulating, and controlling us with ease. Now, they have become political operatives and are colluding brazenly with the Democrats to manipulate elections results to favor the Democrats, betraying our trust.

The extent of the unchecked power of the media can be discerned from the article "How Media Organizations Report Election Results in Real Time."

That article exposes how news organizations declare winners based on estimated numbers of votes with no check on their numbers by responsible government election officials, even if those numbers are "mistakes."

Free and fair elections are the cornerstone of every democratic society and a key feature is that each citizen’s vote counts equal.

It is imperative that we remove the power to call elections away from the media and put it back where it rightfully belongs--with our state election officials.

Frances Presley Rice is a lawyer, author, producer of documentaries about black history, retired U. S. Army lieutenant colonel, and chairman of the National Black Republican Association. She is the co-founder and vice president of the Yocum African American History Association and the co-author of the book Black History 1619-2019: An Illustrated and Documented African American History that is available on Amazon and through all national book stores.
Posted by Frances Rice at 1:33 PM