All in Under One Minute: New Biden Clip Packed With Shocking Gaffes, Lies, and Accusations 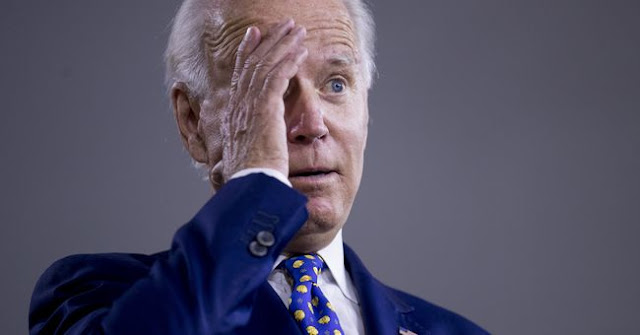 In a short clip from an interview with presumed Democratic presidential candidate Joe Biden, the former vice president reversed a statement about personal cognitive testing from just last month.

Following a brief, rare press conference in early July, Biden faced only a few questions from reporters, most of which he seemed to have prepared for. One final question from a Fox News reporter, however, seemed to send him into somewhat of a tailspin.

"Have you been tested for some degree of cognitive decline?" the reporter asked, just before Biden rushed off the stage, claiming he was already running late and "in big trouble." Seemed like a straightforward question and a reasonable one for a man vying for the highest office in the nation. And Biden seemed to give a straightforward answer, albeit without details.

"I've been tested, and I'm constantly tested," Biden said directly. "Look, all you gotta do is watch me and I can hardly wait to compare my cognitive capability to the cognitive capability of the man I'm running against." Attempts to follow-up that question and confirm that the 76-year-old Democrat has been monitored for the mental decline have been ignored, as Biden remains largely in isolation, away from the public. His only appearances seem to be carefully constructed by his campaign staff and handlers and rarely include questions from the press.

In a clip released on Wednesday, however, Biden faced a rare, unfiltered question while participating in a virtual interview with members of the National Association of Black Journalists. When asked to clarify his remarks from last month about being constantly tested for cognitive ability, Biden, visibly annoyed, clapped back at CBS correspondent Errol Barnett.

“No, I haven't taken a test. Why the hell would I take a test? C'mon man,” Biden said, agitated.

Becoming angry at reporters and voters who ask tough questions is not new for the presidential candidate. Last year on the campaign trail, Biden accused a supporter of Sen. Warren of being out of shape, even appearing to call him “fat.”

On another occasion, when one potential voter raised concerns about his Second Amendment rights under a potential Biden presidency that would include radical anti-gun activist Beto O’Rourke, Biden threatened to punch him.

From the shelter of his isolated basement studio and with the shield of his staff and handlers, Biden has largely avoided tough questions during the COVID-19 pandemic. Wednesday’s outburst serves as a reminder that Biden’s temperament in public should cause almost as much concern as his cognitive ability.

Having completely reversed course on his claim to be cognitively tested "constantly," Biden set his sights on Barnett for daring to ask such a question.

“That's like saying you, before you got in this program, if you take a test where you're taking cocaine or not, what do you think huh? Are you a junkie?” Biden asked of the Black anchor.

It didn’t improve from there. Biden pivoted to mocking President Trump, accusing the president of not being able to tell the difference between an elephant and a lion, an incident which has never occurred.

“Did you watch that? Look, c’mon,” Biden said, giggling. It appeared as though the presidential candidate was mistaking a clip in which CNN anchor Don Lemon confused a rhinoceros for a hippo on live TV while also attempting to mock the president.

Toward the end of the clip, Biden attempted to regain composure and spell out how mentally fit he was by tasking the American people with making that decision for themselves, without the proof of medically approved cognitive testing. He also dismissed rumors that he could avoid debating Trump ahead of the general election.

“I’m so forward looking [sic] to have an opportunity to sit with the president or stand with the president and debates [sic].” Biden then began to tell a story that he abandoned, either out of an abundance of caution or because he forgot what he was going to say.

In a clip that lasted just over 60 seconds, Biden admitted that he blatantly lied about taking cognitive tests, suggested a Black journalist might be on cocaine for asking that question, falsely accused the president of being unable to decipher various mammals, and became barely intelligible while challenging the country to determine his mental fitness.

The rest of the interview, which airs Thursday morning, should be interesting.