Everything They Can Do, He Has Done Better! 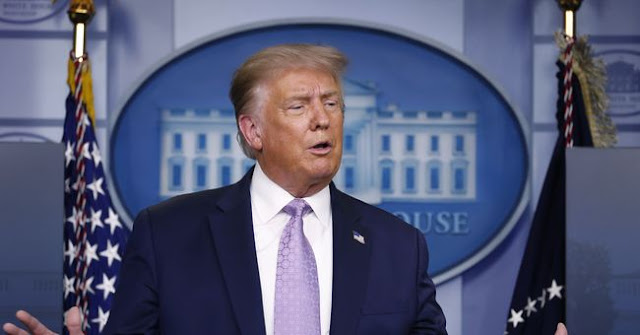 Historically great presidents take action, in important challenges, to preserve the welfare for the greatest number of people in their care.

When doing so even despite a pandemic, cities wrestling with nightly crime and violence, massive power outages, an opposing party in government attempting to thwart every move and a 95 percent hostile media doing 98 percent negative coverage—even then—they can’t be stopped.

Yes, despite all that a president can achieve an approval rating seven percent ahead of where his predecessor was in his bid to a successful re-election. He can also be winning the hearts and minds of not just 98 percent of his base, but leading with independents, and very quietly be preparing to take the largest swath of black votes in the history of the GOP.

Welcome to the 2020 reality for President Donald Trump.

This week, perhaps sensing that they have lost all control of this election cycle, the man and team of Joe Biden sputtered chaotic nonsense and now have to sit on the sidelines as the president used his working weekend to, again, help secure America’s future.

Biden also had some fairly embarrassing tweets/moments where he claimed he’d solve the problems President Trump already had.

Former VP Biden tweeted on Friday about the need to see earnings for low-wage earners improve and how he will be the president to do it. Only problem: prior to COVID, the Trump economy was the hottest for low-wage earners in the history of the nation. The recovery also seems to be benefitting the low-wage earners with many of the record breaking 10 million new jobs created in the last 90 days going to those in their category. Lastly, this weekend the president did what Biden, Pelosi and the Democratic controlled House refused to do, which was to provide more financial relief directly to the people. Unilaterally extending the unemployment benefit, on an emergency basis, proves he’s gravely concerned about the most vulnerable in the financial crisis.

On the virus front the president also did some important things that team Biden and Democrats couldn’t. Since government was largely the cause of the artificial crashing of the economy, government has a larger onus than normal to provide help. But since—as he should—the president left the solving of the virus to the individual states he recognizes where politically motivated governors and mayors in places like New York, Chicago, California, Michigan and elsewhere continue to bully their constituents instead of serving those who elected them. By dealing with student loan furloughs and extending grace periods for renters and home owners he is doing—in his own limited way, and based on the emergency of the crisis—what the people’s local governments were refusing to do.

Democrats (with the exception of JFK) have never figured out the benefit of stimulating strong economic activity by letting those who work, keep and use more of their own earnings. The old Democrats might have been quasi-willing to cooperate on tax relief in exchange for selfish political benefits. The new ones however—the AOC, Bernie Sanders, Marxist/Anarchists that Biden has turned over his campaign to—have no use for any tax help. By providing a payroll tax holiday for every family earning under $100,000 for 2020, Trump helps millions of families. It also provides additional incentives for those still out of work to consider starting their own entrepreneurial endeavors, and it strongly encouraged small businesses not to shrink the work force but to expand it here in the final stretch of 2020 as the race to economic recovery hits warp speed. This incentive alone should encourage the continuation of the “millions” of jobs per months recovery, perhaps in ways that sans the crisis might not have been as efficient or ever come about.

Every one of the areas of benefit listed above will impact all Americans. And under such conditions prior to COVID, Black America was already making the greatest strides in the modern era on wage growth, business start-ups, job expansion, job selection, and new opportunities. Long after Biden authored the criminal reform law that blacks say helped destroy the black family... Long after Joe Biden labeled then-candidate Obama “clean and articulate” for being a black man... Not so long after telling Charlamagne Tha God that he couldn’t be a black man if he didn’t vote for him... Biden, completely without merit, implied that a successful black TV anchor should be tested for cocaine use and asked him if he was “a junkie,” and followed that up the next day by stating implicitly that the African American community is not “diverse.” Meanwhile, President Trump continues to push for criminal justice reform and helping black families in actual policy that allows the maximum number of people to achieve the American dream.

With less than 90 days to go until the election, America is watching the stage on which these two men are making their case to be allowed to serve for the next four years. Donald Trump’s personal net worth has lost $2 billion dollars in the four years he has taken zero salary as president. Joe Biden has been in public life for 47 years and literally has no solutions to problems he’s campaigned on for those same 47 years. The president is demonstrating every day — in his actions — that anything the Democrats claim they are able to do, that he’s probably already doing it, and in great likelihood doing it better.

That’s why he’s got a 51 percent approval rating on the same day in the process that Obama has 44 percent in 2012.

That’s why he’s now leading Biden in the ever critical category of independent voters.

That’s why he’s holding his base in the high 90 percent range.

That’s why he’s attracting what will be the biggest crossover of African American voters to ever have voted for the GOP.

And that’s but a few more reasons why the media will have indigestion on the night of November 3.

U.S. Manufacturers Are Coming Back Thanks to Trump 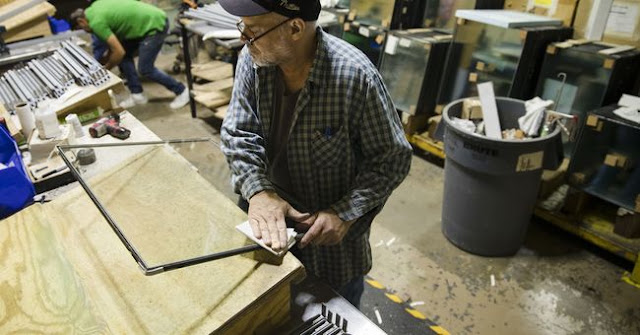 President Trump’s recent visit to Clyde, Ohio is a symbol of hope for manufacturers all over the country who had been forgotten by the Washington, D.C. establishment for decades until the current administration took office.

Prior to Donald Trump's stop at the city’s Whirlpool manufacturing plant, no U.S. President had set foot in Sandusky County for more than a century. Much like Ohio’s manufacturing sector, the region was sorely neglected by the political elites, who cared more about maximizing America’s GDP than they did about the lives and livelihoods of millions of American workers.

Everything changed with the election of Donald J. Trump, who has kept his promise to rebuild American manufacturing as part of his plan to Make America Great Again.

“[Your] manufacturing jobs, your steel jobs, your miners are going to be protected, your miners are going back to work,” he said during a 2016 speech in Cincinnati, adding that Ohio was among the states that suffered the most under the Great Recession. “The state of Ohio has lost one in three manufacturing jobs since NAFTA,” he continued, vowing to pursue a new trade policy that would put Ohio workers first.

As he reminded the workers in Clyde, that’s exactly what he’s done.

First, the president imposed strategic counter-tariffs on bad actors such as China to combat the effects of illegal and abusive trade practices that previously put companies like Whirlpool at an unfair disadvantage. As a direct result of this effort, Whirlpool was able to expand its operations and add 200 local jobs at its facility in Clyde.

“Under the last administration, the men and women at Whirlpool saw their jobs and factories targeted for destruction,” the president said during his visit, noting that the Obama-Biden administration did nothing to stop the assault on Ohio manufacturers. “Under my administration, all of that has changed.”

Of course, Whirlpool is just one of many success stories that have been made possible by the Trump administration’s pro-growth economic policies. In July alone, several major manufacturers announced their own plans to expand operations in the Buckeye State, investing millions of dollars in local communities and creating hundreds of new jobs across the state.

Advanced manufacturer Dorel Home, for instance, recently decided o invest $3.3 million on its facility in Tiffin, creating almost 100 new jobs. Shutterfly, meanwhile, is investing a whopping $23.2 million on upgrades to its Crawford County plant. International Cushioning Company, a commercial packaging manufacturer, is slated to spend $3.6 million on a new facility in the state, as well.

There will be more success stories to come because President Trump will never stop fighting for American manufacturers. Just recently, the White House took bold steps to ensure that companies don’t displace American workers by abusing H-1B visas, ensuring that Americans will be first in line for the millions of jobs that are already being created by our “V-shaped” post-pandemic economic recovery.

The president is also seizing this opportunity to cut America’s reliance on foreign supply chains — a dependence that had tragic consequences during the coronavirus pandemic — and just announced a directive to ensure that essential medicines are produced in the U.S. from here on out.

The record is crystal clear — no other president has done more to strengthen Ohio manufacturers than Donald Trump. The future of our state is brighter than ever before.
Ken Blackwell served as the mayor of Cincinnati, Ohio, the Ohio State Treasurer, and Ohio Secretary of State. He currently serves on the board of directors for Club for Growth and National Taxpayers Union.