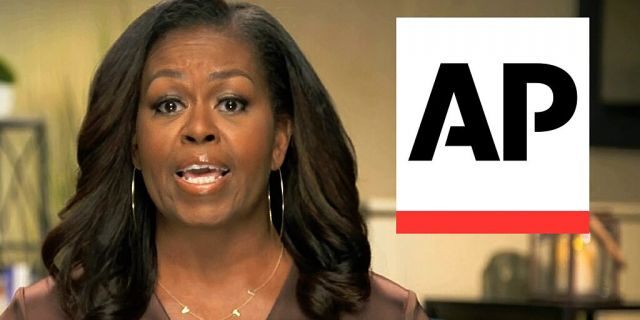 The Associated Press fact-checked Michelle Obama's Democratic National Convention speech after she condemned Trump for using "cages" to house migrant children at the U.S.-Mexico border while failing to note that the same facilities were used during her husband's administration.

“Michelle Obama assailed President Donald Trump on Monday for ripping migrant children from their parents and throwing them into cages, picking up on a frequent and distorted point made widely by Democrats,” the AP reported.

“She’s right that Trump’s now-suspended policy at the U.S.-Mexico border separated thousands of children from their families in ways that had not been done before,” the AP fact check continued. “But what she did not say is that the very same ‘cages’ were built and used in her husband’s administration, for the same purpose of holding migrant kids temporarily.”

The AP fact-check Michelle Obama after her DNC speech when she failed to mention the facilities she condemned Trump for using to house children were built during her husband’s administration. (Democratic National Convention via AP)

The former first lady said Americans “watch in horror as children are torn from their families and thrown into cages.”

The AP noted that the “reference to cages is misleading and a matter that Democrats have persistently distorted” and Obama’s speech included the same misleading talking points.

“Trump used facilities that were built during the Obama-Biden administration to house children at the border." — Associated Press

“Trump used facilities that were built during the Obama-Biden administration to house children at the border. They are chain-link enclosures inside border facilities where migrants were temporarily housed, separated by sex and age,” AP fact-checkers wrote.

The AP then noted that photos famously circulated by Democrats “at the height of the controversy over Trump’s zero-tolerance policy at the border” were famously taken “in 2014 and depicted some of the thousands of unaccompanied children held by President Barack Obama.”

She delivered prerecorded remarks for the event after Democratic leaders were forced to cancel in-person events due to the pandemic.

https://www.foxnews.com/media/michelle-obama-dnc-fact-checked-kids-cages
Posted by Frances Rice at 11:17 AM