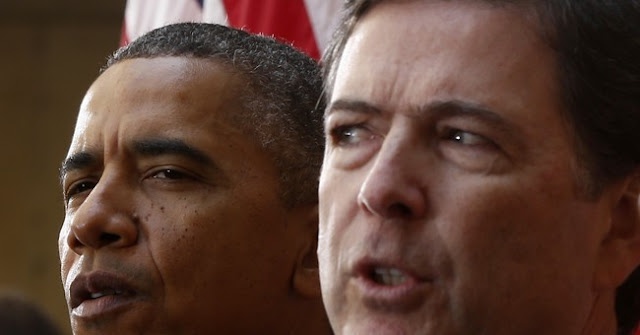 Today's news that former FBI attorney Kevin Clinesmith is expected to plead guilty in the Obamagate/Spygate scandal will be tough news for journalists like Jim Acosta.

Just this week, he haughtily intoned on his "network" that President Trump's charge that the Obama campaign spied on his campaign in 2016 was "just not true. That did not happen; it has not been proven."

Well, today's guilty plea from Clinesmith proves it did.

The spying began in early 2016 as a robust opposition research tactic of the Hillary Clinton campaign and transformed into an "insurance policy" to handicap the Trump Administration after his unpredictable victory.

Clinesmith was so intent on spying on Carter Page, an unpaid advisor to the Trump campaign, that he lied to the secret FISA court and doctored an official document to misrepresent that Page had not cooperated with the CIA in past investigations involving Russian espionage.

Page, a retired intelligence officer from the United States Navy and a graduate of the US Naval Academy, had fully cooperated with an earlier investigation involving Russian bad guys. That information surely would have thrown a wrench into the attempts to tap Page's phones, his emails, his text messages, and the phones, emails, and text messages of everyone he corresponded with and everyone they corresponded with.

To be clear, as soon as this FISA surveillance warrant was granted, the FBI, under the control of President Barack Obama, had access to the entire Trump campaign.

They spied on Trump, and it's taken four years for anyone to see any kind of criminal repercussions.

When the details began to trickle in on the full extent of the Obama/Biden/Comey espionage scheme against Trump, the former FBI director provided the most incredulous and despicably pandering response.

"The FBI, the Department of Justice conduct court-ordered electronic surveillance," the disgraced former top cop intoned in his sanctimonious way. "I have never thought of that as spying."

Funny thing about court-ordered surveillance. First off, it's not "court-ordered." It's court authorized. That's an important distinction.

"Court-ordered" makes it sound like the FBI and the Justice Department were hapless soldiers marching along to the orders of the FISA judges. "Heck, we didn't want to tap those phones, but the court ordered us to do it."

That's not how this works. The FBI and DOJ petition the court for permission. They beg the court to let them spy on the people they claim are a threat to our nation. And, the only way a court is supposed to authorize these warrants is if the information presented to them by the government is true and factual.

Then and only then will they authorize the surveillance that the FBI asked them to authorize.

And now we know that Comey's FBI lied to obtain that authorization.

So, if you are conducting surveillance that is not authorized and, in fact, you lied to get the authorization, you are no longer conducting "court-ordered" surveillance.

That's what the FBI did to Trump.

That's what James Comey did to Trump.

That's what Barack Obama and Joe Biden did to Trump.

And now that Clinesmith has pleaded guilty to lying on this warrant application, there is no longer any room for doubt, denial, obfuscation, or too-clever-by-half euphemisms.

Surveillance without a legally obtained warrant is spying. It was Barack Obama's government that did this. Lock it into the history books and add it to the legacy.

And Jim Acosta... We're waiting for your re-write.