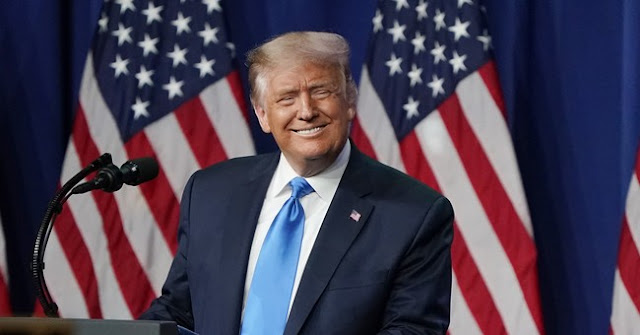 A number of Democrat mayors from Minnesota endorsed President Donald Trump for a second term on Friday as Vice President Mike Pence campaigns in the state.

"Like many in our region, we have voted for Democrats over many decades. We have watched as our constituents' jobs left not only the Iron Range, but our country. By putting tariffs on our products and supporting bad trade deals, politicians like Joe Biden did nothing to help the working class. We lost thousands of jobs, and generations of young people have left the Iron Range in order to provide for their families with good-paying jobs elsewhere. Today, we don't recognize the Democratic Party. It has been moved so far to the left it can no longer claim to be advocates of the working class. The hard-working Minnesotans that built their lives and supported their families here on the Range have been abandoned by radical Democrats. We didn’t choose to leave the Democratic Party, the party left us.

"Yet, four years ago, something wonderful happened. Donald J. Trump was elected President of the United States, and he stood up to China, implemented tax cuts, and fought for the working class. Now, four years later, the Iron Range is roaring back to life and for the first time in a very long time, locals are hopeful because of this President's policies and willingness to fight for us," the mayors continue. "Lifelong politicians like Joe Biden are out of touch with the working class, out of touch with what the country needs, and out of touch with those of us here on the Iron Range and in small towns like ours across our nation."

Polling in the North Star State has shown President Trump gaining ground in recent weeks, especially as riots in Minneapolis continue to rage out of control. 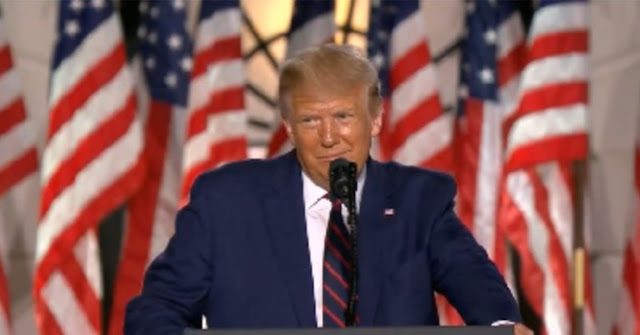 Reagan wrote about this for VIP, but Portland’s Mayor Ted Wheeler did two things. He sent a ridiculous letter to President Trump turning down his offer of federal assistance to get his lefty street hooligans under control. By the way, he tweeted this thereby showing that law and order were not priorities, and that he’s responsible for the ongoing violence. Second, this letter is a nice in-kind contribution to President Trump’s 2020 re-election effort.

Wheeler literally told the president to “stay away.” And now, leftists have reportedly stormed the apartment complex where he lives, and they will not leave until he abolishes the police department by 2022 and resigns from office. It wasn’t a massive horde, but now that these folks know where he lives—expect more of these shenanigans.

Teddy, that letter was stupid. Your mayoralty is a joke. And federal law enforcement in your city didn’t make the situation worse. We’re not all on crack here. This is your fault. First, it’s like governance 101 to never cave to the mob. They don’t care about you—they see you as part of the system and want you gone. They want the system gone. This is no longer about George Floyd, police reform, or racial justice. This is about Marxist revolution. But you sent a letter to show the Left how anti-Trump you are, Teddy. Well, good for you. It’s Portland. That really doesn’t earn you brownie points here, pal. 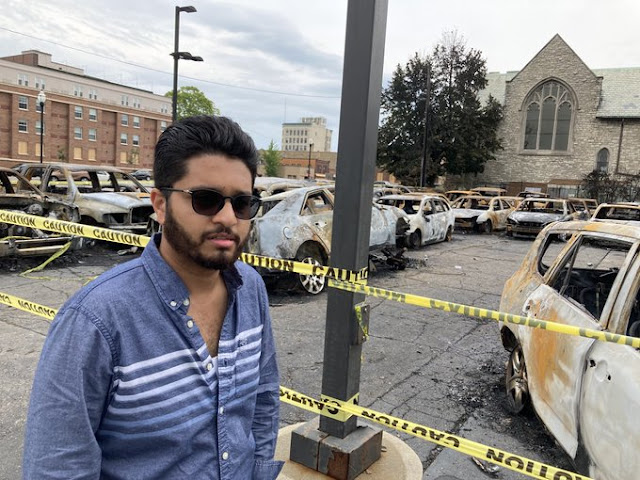 
Riots have plagued Kenosha, Wisconsin. Rioters have set buildings ablaze and small businesses have been destroyed. That's exactly what happened to Sam, an Indian immigrant who owns Car Source, a family-owned car dealership in Kenosha.

Sam said he was across the street in the business center doing paperwork until 11:30 p.m. Monday when he left. Friends tried getting in contact with him to let him know his business was on fire, but Sam didn't receive their messages until the following morning because Sam's phone had been on silent.

"The last time we had a protest, it wasn't bad. I didn't expect this," Sam said.

When he finally checked his messages around 4 or 5 a.m., he received videos showing his lot burned. He said both the fire department and police allowed his lot to burn.

"It's awful. We built this tire-by-tire, car-by-car. It's a family business. We started off with six cars, now we have over 100 cars," Sam said. "What did we do to deserve all this? We didn't do anything."

"Kenosha used to be the safest town in the world. I used to sit in this office overnight without locking my door because it's a safe town. I've never had to worry about this," he said, clearly defeated.

"I hope to God no one has to go through what I have to go through," Sam explained. "My family has been in tears the last 3 to 4 days because, like I said, we didn't inherit this business. We built it from the ground up."

To make matters worse, his car lot was hit again on Tuesday when rioters restarted the fires. Originally 10-15 cars on one side of the lot were salvageable. They only had windows. Sam and his crew attempted to save them but ran out of time. Curfew took effect. That's when rioters relit the fires and demolished the remaining cars.

"This is not the America I came to. I could not even imagine," he said, looking over the lot.

Sam said that the governor and city officials were so focused on saving the courthouse that they failed to save his business.

"I’m a minority too. I’m a brown person. I have nothing to do with this," he said. In his eyes, both Gov. Tony Evers (D) and Kenosha Mayor John Antaramian (D) are going to try to punt responsibility for the situation.

"I've lost all, every single dime I had," Sam said, sighing.

Sam is an Indian immigrant who owns a family-run car dealership that was destroyed by BLM arsonists. “What did we do to deserve all this?” said Sam.

Sam told The Federalist his family has been “in tears” the last few days. BLM rioters burned his lot two nights in a row, destroying all the cars and stealing from the office before burning that too. “This is not the America I came in to,” said Sam.

“I’m a minority too. I’m a brown person. I have nothing to do with this,” said Sam. The 17 people Sam employed have all lost their jobs “for nothing.” Sam has lost “every dime” he has in last few days.

According to a GoFundMe, over 20 families were employed at the business and 137 cars were set ablaze.

"Car Source, a family business burnt down to ashes in a matter of hours due to riots in Kenosha, Wisconsin. Our insurance company is finding their way out so they don't have to pay for all this arson that took place Monday early morning and 2nd time early Tuesday morning," the GoFundMe account stated.