He Really Said This: Biden AGAIN Suggests African American Community Is Not Diverse 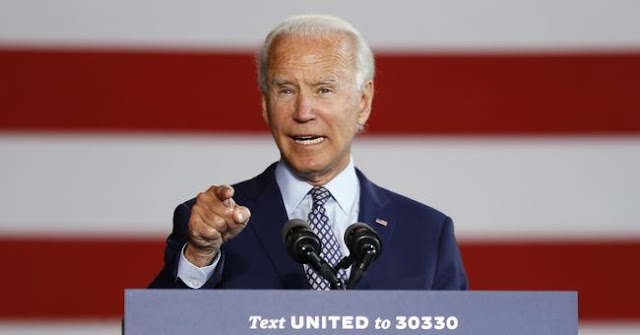 "What you all know but most people don't know, unlike the African American community, with notable exceptions, the Latino community is an incredibly diverse community with incredibly different attitudes about different things."

To Joe Biden, apparently, African Americans do not have different attitudes about different things. While lots of Biden's foibles could be explained away by misspeaking or garbling words, this particular comment was stated quite clearly.

The call, which took place on Tuesday and was released in full on Thursday, lasted just over 45 minutes and including some of the most eye-opening Biden gaffes since the start of his presidential campaign.

On Wednesday, Townhall reported on a moment in the call in which Biden admitted he had not taken a cognitive ability test and then asked a black reporter if was a junkie on cocaine. Later, when questioned about his presidential plan for dealing with China, Biden gave a non-coherent answer.

Throughout the call, Biden struggled to form complete sentences and seemed to lose his train of thought on multiple occasions. Although he has mostly been shielded by his staff and handlers during the COVID-19 pandemic, Biden's comments, attitude, and coherence during the NABJ NAHJ call have been sharply criticized.

The former vice president's assertion that African Americans are some kind of ideological monolith is a repeat of a comment he made in May in which he said black people who supported President Trump weren't really Black.

"If you have a problem figuring out whether you're for me or Trump, then you ain't black," Biden said during a an interview on The Breakfast Club.

Biden has also had to apologize for other insensitive racial comments made throughout the years. Last August, Biden referred to minority children as "poor kids" during an event hosted by the Asian and Latino coalition.

"Poor kids are just as bright and just as talented as white kids," Biden said of minority children. In 2006 he leaned heavily on a popular stereotype and said only people who have a "slight Indian accent" could enter convenience stores.

"You cannot go to a 7-Eleven or a Dunkin Donuts unless you have a slight Indian accent. I’m not joking!" Biden said.

Fox News anchor Harris Faulkner excoriated Biden for his comments on The Breakfast Club, saying his assertion was "more than just a little offensive."

"I’ve been fighting against this notion that you are not black enough unless you think a certain way, you vote a certain way, you speak a certain way, you do certain things. My whole life, I grew up military. Pretty much neutral along the zone of, can’t we all just get along no matter what we look like? I have bi-racial daughters. Melissa, you know them. This is more than just a little offensive. It is shortsighted, it is a blind spot for this former vice president," she said.

As the campaign for president surges forward, Biden may need to reconcile his comments and beliefs about American minorities to prove he should be the leader of a nation embroiled in racial angst. Certainly, any community in America represents a broad diversity of thought by many more than a few "notable exceptions."