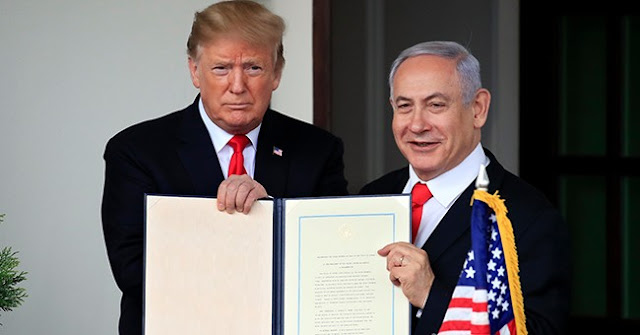 President Trump announced Thursday morning that the United Arab Emirates has officially recognized Israel as a legitimate country in the Middle East and both governments will move forward with normalized relations. This includes the establishment of "reciprocal embassies" in each country. The agreement will be called the "Abraham Accord."

"President Donald J. Trump, Prime Minister Benjamin Netanyahu of Israel, and Sheikh Mohammed Bin Zayed, Crown Prince of Abu Dhabi and Deputy Supreme Commander of the United Arab Emirates spoke today and agreed to the full normalization of relations between Israel and the United Arab Emirates," Trump tweeted in a lengthy statement from the White House.

"This historic diplomatic breakthrough will advance peace in the Middle East region and is a testament to the bold diplomacy and vision of the three leaders and the courage of the United Arab Emirates and Israel to chart a new path that will unlock the great potential in the region. All three countries face many common challenges and will mutually benefit from today's historic achievement."

"Delegations from Israel and the United Arab Emirates will meet in the coming weeks to sign bilateral agreements regarding investment, tourism, direct flights, security, telecommunications, technology, energy, healthcare, culture, the environment, the establishment of reciprocal embassies, and other areas of mutual benefit," the statement continues.

"As a result of this diplomatic breakthrough and at the request of President Trump with the support of the United Arab Emirates, Israel will suspend declaring sovereignty over areas outlined in the President's Vision for Peace and focus its efforts now on expanding ties with other countries in the Arab and Muslim world. The United States, Israel and the United Arab Emirates are confident that additional diplomatic breakthroughs with other nations are possible and will work together to achieve this goal."

By BENNY AVNI | Special to the Sun 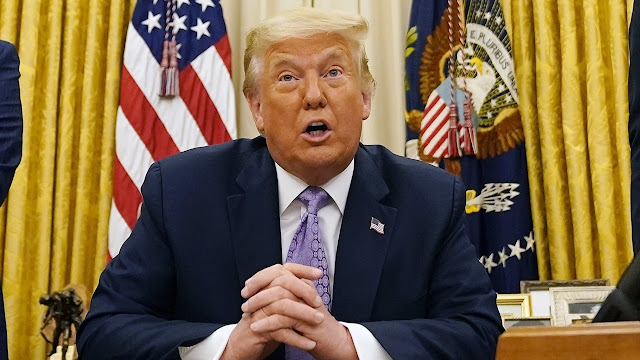 To facilitate Thursday’s dramatic announcement of an agreement to normalize ties between Israel and the United Arab Emirates, Prime Minister Netanyahu and President Trump played — whether intentionally or not — the old Jewish gambit of the rabbi and the goat.

The gist of the gambit is that to resolve domestic disputes among a large family in a small house, the rabbi advises letting a goat share the dwelling for a week. Once the goat is finally let out, everybody is thrilled at how roomy their house had been.

Mr. Netanyahu’s goat is his announcement a few months back that he intends to apply full Israeli law to parts of the West Bank. He never actually disclosed which parts, merely hinting about the strategic Jordan Valley and major settlement blocs that are widely assumed by the vast majority of Israelis to be part of the Jewish state in any future arrangement.

That goat inserted a brand new element to Mideast politics. Boos were heard from Arab capitals and, even more so, from the increasingly bitter Europeans and professional peace processors in Washington. The Israeli Left complained, too, and some within the Israel’s security establishment warned of dire consequences. Only the Trump administration kept its cool.

Meantime, the worst kept Mideast secret is Israel’s growing ties with Gulf States. Jerusalem shares intelligence, trade relations, and development tips — and has a host of ties — with the UAE, as well as Oman, Bahrain, Saudi Arabia and even with their neighboring Sunni enemy, Qatar. With Israel’s tacit approval, Doha transfers cash to Gaza to appease Hamas each time its cross-border attacks get unbearable.

Yet, until this week, Arab states vowed not to join Egypt and Jordan in cutting a formal peace deal. They were, supposedly, going to hold out for the vision of two states, a Palestinian Arab one next to Israel, to become a reality. As a result, the ever-deepening relations between Israel, the UAE and other Gulf states had to remain semi-clandestine.

Even as Israeli officials popped up in Arab capitals, no formal relations were possible before — at least — negotiations between Jerusalem and Ramallah began in earnest. Never mind that the aging Palestinian Authority chief, Mahmoud Abbas, refused to negotiate. The impasse seemed to be unbridgeable. In went the gambit of the goat — Bibi’s much maligned annexation threat.

That festered for a while, and then he agreed to remove the goat. Suddenly, Israelis and their newly beloved Mideast cousins could overcome the seemingly unsolvable domestic dispute. Late Thursday, regional sources were suggesting that Bahrain and Oman would be following suit.

A few words of caution are important. According to a joint statement issued at Washington, America, Israel, and the UAE “agreed to the full normalization of relations” between the two Mideastern countries. “HUGE breakthrough today!” President Trump tweeted. “Historic Peace Agreement between our two GREAT friends, Israel and the United Arab Emirates.”

Dubai, though, was decidedly more cautious. It stressed Israel’s agreement to put on ice the annexation plan, and underplayed the immediacy of formal relations. As the Emirates’ de-facto ruler, Crown Prince Mohammed Bin Zaid, tweeted, “During a call with President Trump and Prime Minister Netanyahu, an agreement was reached to stop further Israeli annexation of Palestinian territories. The UAE and Israel also agreed to cooperation and setting a roadmap towards establishing a bilateral relationship.”

The presumptive Democratic presidential nominee, Vice President Biden, was bragging Thursday that the day’s breakthrough was facilitated by President Obama’s diplomacy. He was partially right, albeit in a backhanded way. Their Iran deal, hated by the Sunni Gulf states, pushed them closer to Israel. Undermining Iran’s advancement after the 2015 deal became a top goal for Gulf capitals and Jerusalem alike.

Now it looks like a trilateral meeting in the Rose Garden between Messrs. Trump, Netanyahu and the crown prince known as MBZ is in the works. As Ramallah officials stew in anger, veteran self-styled peace experts, who have long predicted that no self-respecting Arab would ever formalize ties with Israel without movement on the Palestinian front, might have to recalculate — or find their own goat.