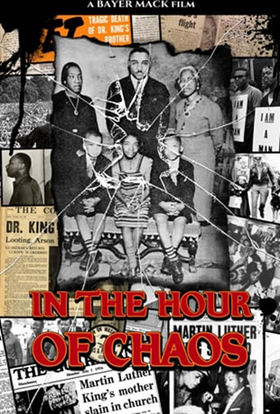 Don't miss seeing and acquiring IN THE HOUR OF CHAOS from Block Starz Music Television: https://vimeo.com/blockstarztv

Set against a backdrop of sociopolitical intrigue, racial and labor unrest stretching from late 19th to early 20th century America, BOOK 1 of IN THE HOUR OF CHAOS charts the King family patriarch's rise from an impoverished childhood in the violent backwoods of Georgia to a teenage runaway in the sinister rail-yards of Atlanta; as well as, his efforts to re-invent himself through faith, education and his courtship and eventual marriage to Alberta Williams. 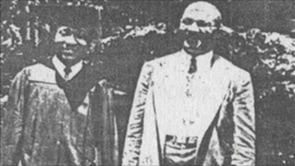 IN THE HOUR OF CHAOS is the much anticipated sophomore effort from award-nominated writer/director Bayer Mack and executive producer Frances Presley Rice (makers of the critically-acclaimed 2014 documentary film OSCAR MICHEAUX: THE CZAR OF BLACK HOLLYWOOD), which documents the life and times of the Reverend Martin Luther King, Sr. (1899-1984) and the King family history.

Below is the CCTV schedule:

CCTV Channel 8 can be live streamed on their website at: cctvcambridge.org/channel08

CCTV Channel 9 can be live streamed on their website at: cctvcambridge.org/channel09

CCTV Channel 96 can be live streamed on their website at: cctvcambridge.org/channel96
Posted by Frances Rice at 9:03 AM