The State of the Union and the president's taste for the grand but futile gesture.
By Willilam McGurn 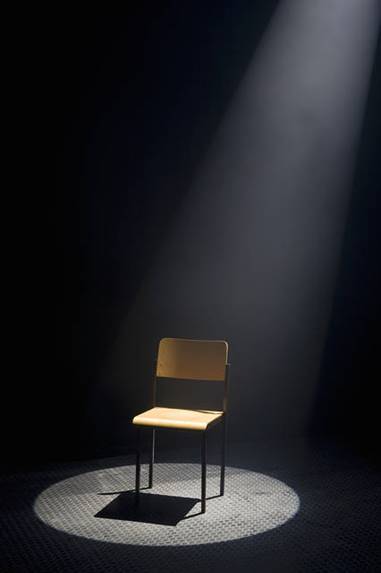 As Barack Obama puts the finishing touches on his final State of the Union address, a White House teaser reveals one of his planned props for the evening: "We leave one seat empty in the First Lady's State of the Union Guest Box for the victims of gun violence who no longer have a voice."

Until Wilson, presidents stretching back to Jefferson had been content to fulfill their constitutional requirement to inform Congress about the state of the union in writing. In 1913, alas, Wilson elected to deliver his assessment in person. Speechwriters of both parties (I served my time in the George W. Bush years) have been embellishing ever since.

The spectacle is made for President Obama. After all, this is the man who strode out on a stage of foam Greek columns when he accepted his party's nomination for the presidency. How appropriate that in his last State of the Union he now opts for the empty chair routine used to such derision by Clint Eastwood at the last Republican National Convention.

Then again, for Mr. Obama the maneuver has always been the message. From his 2008 campaign appearance before the Berlin Wall (where he declared himself "a fellow citizen of the world") to his decision to accept the Nobel Peace Prize before he had in fact done anything, the stage has always upstaged the substance. Unfortunately, Mr. Obama's penchant for the beau geste carries a high price for Americans, not to mention other, less fortunate citizens of the world.

Start with foreign policy. Though Candidate Obama inveighed mightily against the U.S. intervention in Iraq, he also campaigned on the idea that Iraq had distracted us from winning "the necessary war" in Afghanistan. When he announced to the American people his own surge of 30,000 troops to Afghanistan in December 2009, the cadets at West Point were drafted to serve as the dramatic backdrop.

Today we can see the same speech shows that more important to him than winning this war was the withdrawal date he tucked in the next sentence. Later his own defense secretary, Robert Gates, would record in his memoir how he came to the conclusion that his boss "doesn't believe in his own strategy, and doesn't consider the war to be his." Meanwhile, Americans in uniform would continue to die for this strategy.

Ditto for Iraq and Iran. In Iraq, the president inherited a victory thanks to the surge he'd opposed as a senator. His commanders recommended he leave some American forces to cement the victory, but Mr. Obama again was after what he would call "a historic moment in the life of our country"-his December 2011 announcement at Fort Bragg that the last U.S. troops in Iraq would be coming home. We are now reaping the harvest.

As for Iran, the president will no doubt remind us that he came to office seeking a nuclear-arms deal. Once again, the nitty-gritty would be less important than the opportunity to pretend something large had been accomplished. The result? Not even a year after it was announced, American hostages still rot in Iranian jail cells and Tehran is testing ballistic missiles.

The domestic side has also been decided by high theater. When Mr. Obama was first elected, such was his popularity (and the low standing of the GOP), he could have done almost anything. On cue he opted for what he called "the most sweeping economic recovery package in our history," an $800 billion stimulus that never did stimulate.

ObamaCare followed a year later. Notwithstanding lopsided Democratic majorities in both houses, Mr. Obama still had trouble getting his signature issue through. A more modest president might have found ways to address the problem-i.e., the millions of Americans who could not afford health insurance-without upending the entire market.

Not Mr. Obama. Naturally, he went for what his vice president so eloquently called "a big f-----g deal."

This has been the steady fare of the Obama years. Overseas his insistence on the grand gesture has led the president to pretend that the withdrawal of U.S. troops from Iraq and Afghanistan means we're no longer at war. This may be popular in the faculty lounge, but in the real world Islamic State beheads Americans, Afghanistan teeters on chaos and Iraqi cities such as Ramadi, liberated from al Qaeda in the original surge, now have to be re-liberated all over again from Islamic State.

At home the president's Big Ideas (unintended consequences be damned) have seen millions of citizens losing the health-care plans the president promised them they could keep, a record number of Americans giving up on work, and an anemic growth rate of 2%.

The gimmick Mr. Obama has now chosen for his final State of the Union, meant to highlight his end run around the Second Amendment, is fully consistent with this past. But seven years in, an empty chair in the first lady's box only reinforces images of an empty suit at the podium.