Why Hillary Clinton's legal woes are grave or even fatal 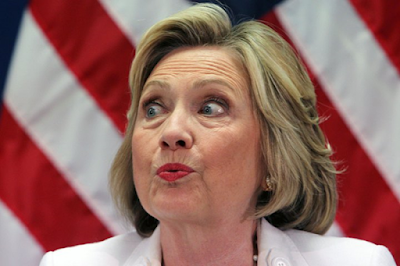 I have argued for two months that Clinton's legal woes are either grave or worse than grave. That argument has been based on the hard, now public evidence of her failure to safeguard national security secrets and the known manner in which the Department of Justice addresses these failures.
The failure to safeguard state secrets is an area of the law in which the federal government has been aggressive to the point of being merciless. State secrets are the product of members of the intelligence community's risking their lives to obtain information.

Before she was entrusted with any state secrets -- indeed, on her first full day as secretary of state -- Clinton received instruction from FBI agents on how to safeguard them; and she signed an oath swearing to comply with the laws commanding the safekeeping of these secrets. She was warned that the failure to safeguard secrets -- known as espionage -- would most likely result in aggressive prosecution.

In the cases of others, those threats have been carried out.

The Obama Department of Justice prosecuted a young sailor for espionage for sending a selfie to his girlfriend, because in the background of the photo was a view of a sonar screen on a submarine.

It prosecuted a heroic Marine for espionage for warning his superiors of the presence of an Al Qaeda operative in police garb inside an American encampment in Afghanistan, because he used a Gmail account to send the warning.

It also prosecuted Gen. David Petraeus for espionage for keeping secret and top-secret documents in an unlocked drawer in his desk inside his guarded home. It alleged that he shared those secrets with a friend who also had a security clearance, but it dropped those charges.

The obligation of those to whom state secrets have been entrusted to safeguard them is a rare area in which federal criminal prosecutions can be based on the defendant's negligence. Stated differently, to prosecute Clinton for espionage, the government need not prove that she intended to expose the secrets.

The evidence of Clinton's negligence is overwhelming. The FBI now has more than 1,300 protected emails that she received on her insecure server and sent to others -- some to their insecure servers. These emails contained confidential, secret or top-secret information, the negligent exposure of which is a criminal act.

One of the top-secret emails she received and forwarded contained a photo taken from an American satellite of the North Korean nuclear facility that detonated a device just last week. Because Clinton failed to safeguard that email, she exposed to hackers and thus to the North Koreans the time, place and manner of American surveillance of them. This type of data is in the highest category of protected secrets.

These two emails show a pattern of behavior utterly heedless of the profound responsibilities of the secretary of state, repugnant to her sworn agreement to safeguard state secrets, and criminal at their essence.

Also this past weekend, my Fox News colleagues Catherine Herridge and Pamela Browne learned from government sources that the FBI is investigating whether Clinton made any decisions as secretary of state to benefit her family foundation or her husband's speaking engagements. If so, this would be profound public corruption.

This investigation was probably provoked by several teams of independent researchers -- some of whom are financial experts and have published their work -- who have been investigating the Clinton Foundation for a few years.

They have amassed a treasure-trove of documents demonstrating fraud and irregularities in fundraising and expenditures, and they have shown a pattern of favorable State Department treatment of foreign entities coinciding with donations by those entities to the Clinton Foundation and their engaging former President Bill Clinton to give speeches.

There are now more than 100 FBI agents investigating Hillary Clinton. Her denial that she is at the core of their work is political claptrap with no connection to reality. It is inconceivable that the FBI would send such vast resources in the present dangerous era on a wild-goose chase.

It is the consensus of many of us who monitor government behavior that the FBI will recommend indictment. That recommendation will go to Attorney General Loretta Lynch, who, given Clinton's former status in the government and current status in the Democratic Party, will no doubt consult the White House.

If a federal grand jury were to indict Clinton for espionage or corruption, that would be fatal to her political career.

If the FBI recommends indictment and the attorney general declines to do so, expect Saturday Night Massacre-like leaks of draft indictments, whistleblower revelations and litigation, and FBI resignations, led by the fiercely independent and intellectually honest FBI Director James Comey himself.

That would be fatal to Clinton's political career, as well.

Andrew P. Napolitano, a former judge of the Superior Court of New Jersey, is the senior judicial analyst at Fox News Channel.

http://www.foxnews.com/opinion/2016/01/14/why-hillary-clintons-legal-woes-are-grave-or-even-fatal-tale-two-smoking-guns.html?cmpid=NL_opinion
Posted by Frances Rice at 10:11 AM