Clinton Scandals: Is The Family's Charitable Foundation A Fraud? 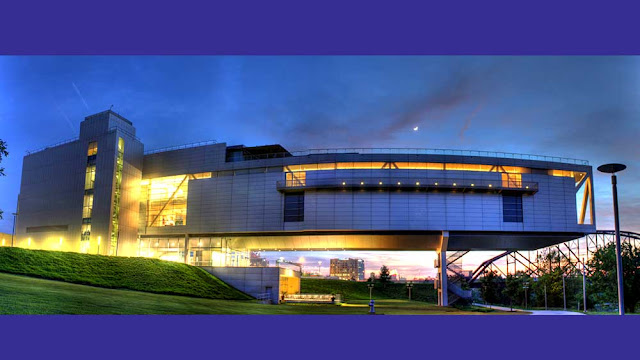 The Clinton Foundation, pictured here, has become embroiled in charges that its charitable operations are really a cover for a questionably legal business that exists to line the pockets of the former president and his family. (Archipreneur)


Corruption: With each new revelation, the murky world of the Clinton family finances only seems to get murkier — and dirtier. And a new report suggests it's no accident.
We wrote last week about how the Clinton Foundation gathered some $100 million from a variety of Gulf sheikhs and billionaires, not to mention taking in millions of "donations" from private businesses that later benefited from their supposed "charitable" largesse. Some of those who gave big bucks to the Clintons had interests that were, to put it mildly, not in keeping with U.S. interests.
That prompted a key question: Just what do these assorted nations, foreign officials, satraps, global fixers and top corporate execs expect in return for their money?
And now comes a more serious, far-reaching question: Is the entire Clinton Foundation so full of conflicts of interest and questionable dealings that it amounts to little more than a massive fraud intended solely to enrich its presidential namesake and his family?
Charles Ortel, a Wall Street financial analyst, who pored over the Clinton Foundation's books, filings and records, thinks so. He concluded that "a substantial portion of Clinton Foundation activities is certainly not 'charitable' or 'tax-exempt' in the accepted legal senses, so I wonder why state, federal, and foreign regulators have allowed the Clinton Foundation to continue operating as it has done, illegally, for so long."
Following a 15-month investigation, Ortel says that major questions "remain concerning the roles that Bill Clinton and others played in guise of charity right from the beginning in 1997, all the way to the present, and particularly before December 2009."
He added, "Larger issues surround inconsistencies and errors in multiple state, federal, and foreign filings for Clinton Foundation entities, that remain uncorrected and defective even after most recent submissions at federal level on 16 November 2015."
The Clinton Foundation last year was forced to refile its tax returns for the years from 2010 to 2013 to correct "errors in the report of donations from foreign governments," the Foundation noted. As we reported before, the nonprofit watchdog Charity Navigator removed the Bill, Hillary and Chelsea Clinton Foundation from its list of charities because of its "atypical business model."
This might all sound technical, but it isn't.
Remember, Hillary Clinton said she and Bill were "dead broke" upon leaving the White House. But the Washington Post estimated that the Clintons cleared close to $137 million from 2001 to 2012. In 2014, USA Today put Bill Clinton's net worth at about $55 million. And that doesn't include the estimated $22 million or so that Hillary took home in speaking fees after she left the State Department in 2013.
Getting rich isn't a crime. But it might be if you did it in the guise of being a tax-free humanitarian charity, interested only in the betterment of humankind.
Peter Schweizer, in his 2015 book "Clinton Cash," documented how "during Hillary's years of public service, the Clintons have conducted or facilitated hundreds of large transactions (either as private citizens or government officials) with foreign governments, corporations and private financiers."
These deals put millions in the Clintons' pockets through lucrative speaking arrangements or by donations to the Clinton Foundation. And the sums, says Schweizer, were "staggering."
More troubling, Schweizer noted, is the apparent link between major U.S. diplomatic initiatives during Hillary's years as secretary of state and the dealmaking by the Clintons. Among the more suspicious, he said, are "the Russian government's acquisition of American uranium assets; access to vital U.S. nuclear technology; matters related to Middle East policy; the approval of controversial energy projects; the overseas allocation of billions in taxpayer funds; and U.S. human rights policy, to name a few."
It's been said that Hillary's actions as secretary of state in guiding donations to the family charity, possibly in exchange for official favors, may now be part of an FBI investigation. If so, socialist Bernie Sanders' insurgent campaign to win the Democratic nomination may be the least of her problems.
RELATED
Hillary's Latest Scandal: She And Bill Siphoned $100 Mil From Mideast Leaders
Clinton Email Scandal: Legal Troubles Mount As Her Nomination Nears
The Real ClintonScandal? It Might Be What She Did Legally
http://www.investors.com/politics/editorials/clinton-scandals-is-the-familys-charitable-foundation-a-fraud/?share=email&nb=