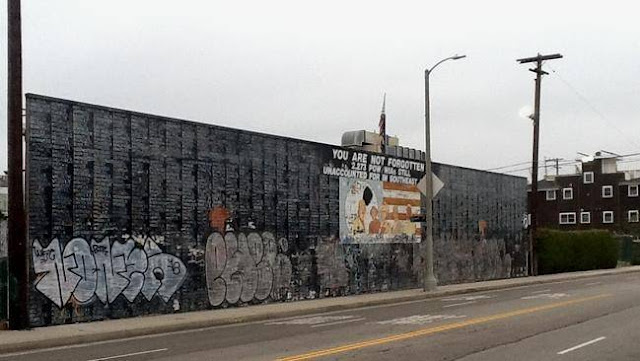 
What kind of Americans would trash the memory of the men and women who made the ultimate sacrifice in service to their country? Certainly not conservatives, independents, libertarians, or anyone who believes in capitalism, private property rights, border enforcement, free speech, religious liberty and the right to bear arms.

That leaves one class of Americans who would disrespect the military: progressives. Not all of them, but an uncomfortably large number.

The kind of people who despise Memorial Day are cut from the same cloth as retired college professor Bill Ayers, the poster child for the America-hating radicals of the 1960s who burned their draft cards and spit on soldiers returning from Vietnam. A self-declared communist in whose living room Barack Obama began his political career, Ayers can be seen in the picture below demonstrating his lifelong contempt for his country by standing on the flag that more than a million of his fellow citizens died defending.

Likely prospects who would make a mockery of Memorial Day include the growing number of politically-malleable 18-29 voters who have been indoctrinated by pro-Marxist teachers and professors (like Ayers) to loathe America and virtually everything it stands for—its capitalist economy, its two-party system, its constitution, its Judeo-Christian heritage, and especially its military.

The kind of citizens who would vandalize memorials to America’s KIAs, MIAs and POWs can be found in abundance among:

● Protestors who marched in support of the anti-capitalist, pro-communist Occupy Wall Street demonstrations.
● The tens of thousands of left-wing educators who teach impressionable young minds that America is an evil and unjust place.
● Left-wing student activists who use disruptive tactics in attempting to silence conservative thought on college campuses.
● Rank-and-file progressives who are using violence to prevent the GOP presidential nominee from holding rallies.

People with contempt for America and its military have one thing in common: unwavering loyalty to one of the country’s major political parties. Why do the leaders of that party not loudly condemn the anti-Americanism of this large and growing segment of its most ardent supporters? 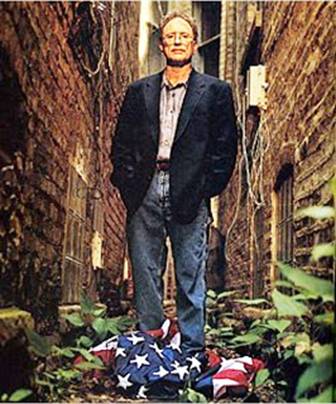 Lifelong Democrat Bill Ayers stomping on the American flag.
Posted by Frances Rice at 10:28 AM