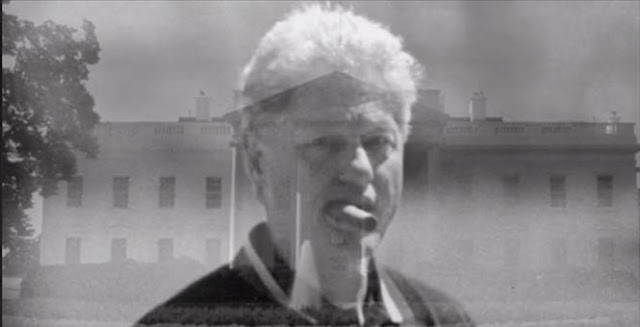 With new polling pointing to a tightening general election contest, Donald Trump's campaign is setting its sights on Hillary Clinton's enduring and wide advantage among female voters. The former reality show star is expanding his lead with men, which has neutralized and even overtaken Clinton's "gender gap" edge.


If Bernie Sanders supporters prove unwilling to rally to Mrs. Clinton when she finally sews up the nomination -- and if Trump can whittle down her lead with women, who will represent more than half of the overall electorate in November -- he has a realistic shot at beating her.


One argument Trump fans offered on his behalf during the rancorous GOP primary was that he would be willing drop rhetorical bombs on the Clintons in ways that other candidates wouldn't ever dream of. Fact check: Mostly true.


Watch the a short online clip the Trump camp posted on Instagram, signaling that the billionaire fully intends to litigate Bill Clinton's sordid history of sexual misconduct and alleged assault as a means of undermining Hillary's positioning as a champion of women.
This is a characteristically unsubtle escalation by Team Trump, whose principal has been telegraphing this line of criticism for months. Just last week, the candidate raised the word "rape" in connection to the former president, drawing a swift response from Hillary's camp.
As I've said and written on a number of occasions, even though lobbing this sort of attack may confound Clinton's campaign, dredge up long-dormant ugliness, and throw Mrs. Clinton off-message, it's also rife with political risk for the aggressor.


It's entirely plausible that this tactic may backfire if voters believe Trump is unfairly using the sins (and alleged crimes) of the husband to tear down the wife.  People may see it as mean-spirited, irrelevant and old news; after all, the 42nd president enjoys strong favorability ratings, despite his many known improprieties.


Then again, many younger voters aren't very aware of just how unseemly President Clinton's behavior was.


A whole generation of voters has likely never heard the name Juanita Broderick, whose accusations against Bill Clinton have been emotional, specific and consistent.  She is one of several women who have accused Hillary Clinton's husband of at least unwanted sexual advances, several of whose voices are featured in the video above.  The extent to which she looked the other way or actively aided in the smearing of his accusers ('nuts and sluts') can be fair game -- especially as she postures and preens with statements like this:


The inclusion of Hillary's cackle at the end of the Instagram snippet feels like a cheap shot. The implication is that she derived maniacal glee from her husband's conduct, and these women's allegations.


Though this will undoubtedly thrill Trump loyalists, it could very well end up being counter-productive.  We'll see whether any sympathy-driven, pro-Hillary blowback materializes.


Then again, if Hillary chooses to go the indignant route in response, many Trump defenders will inevitably point to a separate audio recording to bolster the spirit of this attack.


Nearly two years ago, an irate woman came forward to savage Hillary Clinton for engaging in a blame-the-victim strategy that she said assassinated her character during a 1975 child rape case.


That girl, now an adult, says Clinton took her "through hell," and lied "like a dog" in making "false allegations," resulting in a drastically reduced sentence.  A contemporaneous interview obtained by the Washington Free Beacon records Clinton chuckling about the resolution of the case.


Though I defended her decision to represent a cretinous client (whom she clearly believed to be guilty) as a necessary component of the US criminal justice system, her ruthless tactics against the alleged victim and weird laughter in an after-the-fact interview are unsettling.


I'll leave you with the presumptive Democratic nominee -- a platinum-level lifetime panderer -- lamenting Trump's "pandering" to the NRA over the weekend:


"Unlike Donald Trump, I will not pander to the gun lobby. We will not be silenced and we will not be intimidated." —Hillary


Now seems like a reasonable time to serve up a reminder that Hillary Clinton hit Barack Obama from the right on guns in 2008, and now has blasted Bernie Sanders from the left on the same issue this cycle.