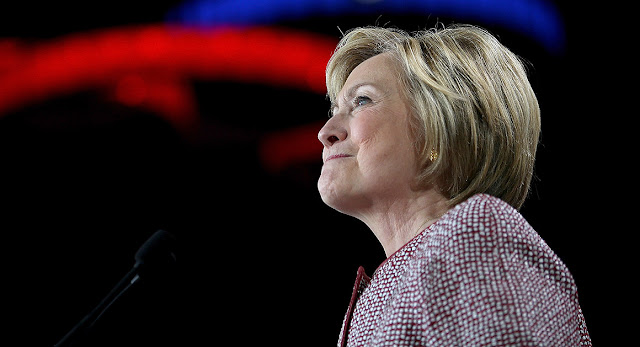 The inspector general report is the latest headache for Clinton in the scandal over her exclusive use of private email for State business.


The State Department inspector general concluded that Hillary Clinton did not comply with the agency’s policies on records, according to a report released to lawmakers on Wednesday that also revealed that Clinton and her top aides chose not to cooperate with the review.
The agency on Wednesday released the long-awaited report to Capitol Hill, copy of which was obtained by POLITICO, providing just the latest turn in the headache-inducing saga that has dogged Clinton's campaign.
While the report concludes that the agency suffers from "longstanding, systemic weaknesses" with records that "go well beyond the tenure of any one Secretary of State,” it specifically dings Clinton for her exclusive use of private email.
“Therefore, Secretary Clinton should have preserved any Federal records she created and received on her personal account by printing and filing those records with the related files in the Office of the Secretary,” the report states. “At a minimum, Secretary Clinton should have surrendered all emails dealing with Department business before leaving government service and, because she did not do so, she did not comply with the Department’s policies that were implemented in accordance with the Federal Records Act."
The report states that its findings are based on interviews with current Secretary of State John Kerry and his predecessors – Madeleine Albright, Colin Powell and Condoleezza Rice, but that Clinton and her deputies declined the IG’s requests for interviews.
Cheryl Mills, Jake Sullivan, and Huma Abedin are among those who did not cooperate with the investigation.
The IG report is just one of many fronts that still exist in the email scandal. Clinton also faces an ongoing FBI investigation into the setup of the private server that she used for official State Department business during her four years in the Obama administration, and various Freedom of Information Act lawsuits are working their way through the courts.
Donald Trump has already been seizing on the persistent controversy, which first emerged in March of last year, as he tries to further undermine the trustworthiness of "Crooked Hillary," as he calls her.
Clinton and her allies contend she did nothing illegal by choosing to set up a private email server and account at her Chappaqua, New York, home, and that she was not trying to evade public records requests. Instead, Clinton has said she was motivated by the desire for convenience, though she has conceded it was not the best choice.
The State Department has released roughly 30,000 emails Clinton turned over to her former agency at its request in December 2014. While there were no apparent bombshells in the content of the messages, more than 2,000 emails on her server were deemed classified after the fact, raising questions about the security and wisdom of the set-up.
Clinton has also faced scrutiny for instructing her staff to delete about 32,000 messages deemed personal by her team. It’s unclear how many of those emails the FBI may have been able to recover from her server — which was turned over to authorities last August — or whether those messages will eventually be made public.
http://www.politico.com/story/2016/05/hillary-clinton-email-inspector-general-report-223553#ixzz49gA8SLwD
Posted by Frances Rice at 2:43 PM