In the article that is excerpted below, Raynard Jackson castigates the Democratic Party, led by President Barack Obama, for cynically garnering the votes of blacks with empty promises and incendiary race-baiting language about voter suppression.
_______________


It’s Time for Blacks to Diversify their Voting Portfolios 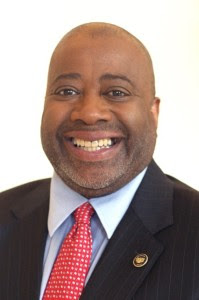 
Blacks gave Obama 96 percent of their votes in 2008 and 94 percent of their votes in 2012. We, by far, are the most loyal voting block for Obama in the entire U.S.
According to the Pew Research Center, for the 2012 presidential election turnout by race was: 72 percent for Whites, 13 percent for Blacks, 10 percent for Hispanics and 3 percent for Asians.
The Pew report continues, “Unlike other minority groups whose increasing electoral muscle has been driven mainly by population growth, blacks’ rising share of the vote in the past four presidential elections has been the result of rising turnout rates.”
…
While it is true that Latinos outnumber Blacks in absolute numbers in this country, but Blacks far surpass them in voting age population (VAP). This is because many in the Latino community are in the country illegally and not eligible to vote and because those who one day will be eligible to vote are under the legal voting age.


So, strictly based on data, the Republican Party should be spending more time cultivating the Black vote because we have the highest voter turnout rate during the past two presidential cycles. As a matter of fact, in 2012, for the first time in the history of the U.S., Black voter turnout was higher than White voter turnout.
So much for the cries of voter suppression by Democrats, but I digress.
The first rule of politics is that you reward your friends and punish your enemies. This not only applies to politics, but to life in general.
I thought this was conventional thinking by everyone within politics until Obama became president.
Top support for Obama as a percentage of his vote, in decreasing order, is: Blacks, Whites, Hispanics, and Asians; in terms of total votes, it would be Whites, Blacks, Hispanics, and Asians.
If Obama were a corporation, Blacks would be the second largest shareholders in Obama Inc. So, when it’s time to pass out “political goodies,” i.e., dividends; you would expect the Black community to receive a commensurate payout based on their level of “ownership” in Obama Inc, i.e., the amount of votes given to Obama.
The two biggest beneficiaries of Obama Inc., are not Whites or Blacks, but rather Hispanics and homosexuals. If Obama was a corporation, he would be taken to court over this misappropriation of the dividend payout.
Hispanics are the third largest shareholder in Obama Inc. and the homosexual community is the smallest shareholder, behind the Asian community.
According to a Gallup poll from last year, 3.8 percent of the U.S. population is homosexual (according to some estimates, .3 percent of the population is transgendered).
Obama has given so much to the homosexual community that Newsweek Magazine dubbed him “The First Gay President” in the May 21, 2012 edition.
Obama has given so much to the Latino community that his Labor Secretary, Tom Perez, dubbed him the first Latino president. “When I reflect on the breadth and depth of what he [Obama] has done for Latinos, it really makes him, in my mind, and in the minds of so many others, the first Latino president,” according to Politico.com.
Obama has never, let me repeat, never, pushed back at the notion that he is the first gay president or first Latino president. He has only rejected the notion of being the president of Black America.
If I hear one more Black person tell me that Obama cannot do anything specific to address the concerns of the Black community because he is Black and he doesn’t want to be seen as helping Blacks I am going to scream.
So, it’s okay for Obama to do “specific” things for the homosexual and Latino communities, but he can’t do the same for the Black community? Really?
The other silly notion coming from the Black community is that Obama can’t do anything because of the “racist,” obstructionist Republican-led Congress. Oh, really?
Well, it seems Obama is willing to sign executive orders or ignore the U.S. Constitution to bestow benefits to homosexuals and illegals, but refuses to use the same approach in relation to the Black community.
After almost eight years in office, the Black community must finally come to terms with the fact that the first Black president really sees very little value in the Black vote.
Posted by Frances Rice at 11:25 AM