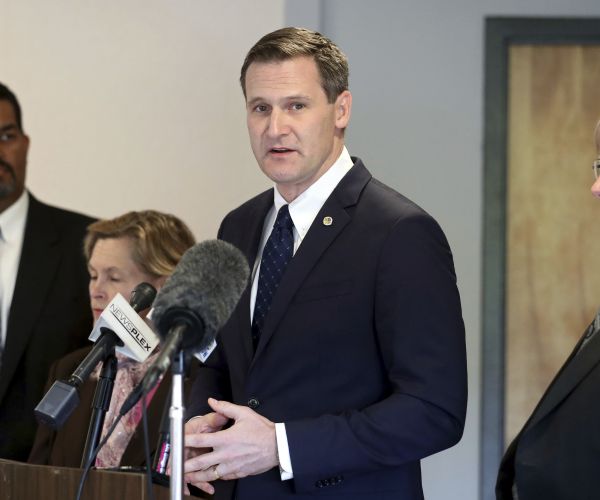 Charlottesville Mayor Mike Signer. (Ryan M. Kelly/The Daily Progress via AP)
The mayor of Charlottesville, Virginia, thanked President Donald Trump on Saturday for "condemning hate in speech and action" after white nationalists and protesters clashed at a rally at a downtown park. 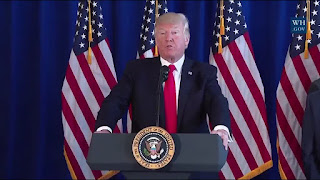 Mike Signer @MikeSigner
@realDonaldTrump, thanks, at long last, for condemning hate in speech and action. Our work here is just beginning. Yours is too.
_____________


The mayor of Charlottesville, Virginia, thanked President Donald Trump on Saturday for "condemning hate in speech and action" after white nationalists and protesters clashed at a rally at a downtown park.
He later condemned the plowing of the crowd by a car, which injured as many as six people, and begged protesters to "go home."
__________

Mike Signer @MikeSigner
I am furious & heartsick by the car crash that has injured many. Please all-go home to your families. We can work tomorrow. GO HOME! PLEASE!
____________


Trump tweeted after Democratic Virginia Gov. Terry McAuliffe declared a state of emergency in Virginia shortly following the start of the clashes:
____________


We ALL must be united & condemn all that hate stands for. There is no place for this kind of violence in America. Lets come together as one!
____________


The rally was planned at Emancipation Park to protest a decision by city officials to remove the statue of Confederate Gen. Robert E. Lee., but was ultimately dispersed after the state of emergency was declared.
White nationalists also marched through the campus of the University of Virginia Friday night, carrying torches and shouting phrases like “white lives matter” and “you will not replace us.”
Signer also slammed the protest in a statement, calling the gathering "a cowardly parade of hatred, bigotry, racism, and intolerance."
"Everyone has a right under the First Amendment to express their opinion peaceably, so here's mine: not only as the Mayor of Charlottesville, but as a UVA faculty member and alumnus, I am beyond disgusted by this unsanctioned and despicable display of visual intimidation on a college campus," he said.
http://www.newsmax.com/Newsfront/charlottesville-virginia-va-clashes/2017/08/12/id/807312/
Posted by Frances Rice at 11:20 PM