CITIZEN ALERT! Special Counsel Meuller And The Political Class Collude To Usurp The People’s Will 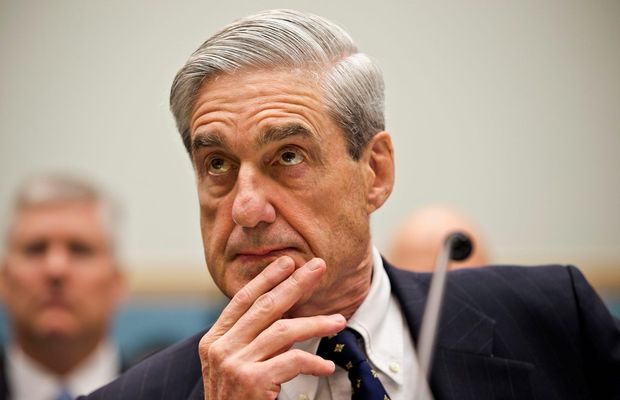 Shockingly, a Grand Jury has been impaneled by Special Counsel Robert Mueller with the grave intent of orchestrating the unseating of a president duly elected by the people.
By Frances Rice


This is a call to action!
As explained in the below article by William Haupt, our founding documents were crafted to insure no political force or roguish group could usurp the people’s will.
Our nation is on the brink of a Constitutional crisis that can be resolved only by the American people at the ballot box in 2018, keeping Republicans in control of Congress, and 2020, re-electing President Trump.


Write to your members of Congress now!


Let Congress know that we, the American people, will not be swayed by a politically-motivated indictment of President Trump on “trumped up” charges by the political class's Special Counsel, whose appointment should not have been made in the absence of a crime having been committed and whose refusal now to recuse himself is in violation of federal law.


No confidence in the political class
By William Haupt III


There is no act of treachery, infidelity, or avarice of which a politician is not capable; for in politics it’s every man for himself to remain in the graces of the political party.”
– Marty Blunt
The Articles of Confederation was a noble attempt at creating a central government in the colonies. But it was both a blessing and a curse.
It was a blessing that is established order but it was a curse since it did not provide provisions for the government to govern with authority.
It was a determent that crippled governing during the Revolutionary War.
Since the Articles were designed to recognize a division of powers similar to the British, it was flawed from the beginning.
There was no king in the colonies nor was there a parliament.
Although it served as a war-time confederation to help direct the colonies, it lacked central leadership.
As the war moved on it was obvious this divisive chaos had to end for our nation to survive. And we needed “change we could believe in” to make it better before it got worse.
“To improve is to change; to be perfect is to change often.”
– Winston Churchill
Once the Convention commenced, it was clear this would not be a walk in the park. The only thing they agreed on was the necessity to create a government that was not subject to the vagaries of regional influence or majority dictatorship.
This opened the doors of republicanism.
Considering the political mobocracy that took place with each changing of the guard in past republics, they sought to avoid entrapment by creating buffers between the government and the people.
With a House elected by the populous, a Senate by state legislatures, and a president by a convocation of elders, they figured they had enough detours to insure no political force or roguish group could usurp the people’s will.


“Sometimes, simple things turn out to be the most complex of all.”
– Harold Butler
The core idea of the Constitution was to restrain ambition and force competing powers to make legitimate attempts at compromise and keep the integrity of the republic in check.
The delegates felt the brand of federalism they created was bullet proof during those patriotic times.
But they were to find out during the 1st Congress their failure to make constitutional provisions to hold politicians accountable to one another or us was a serious omission.
They were forgivingly naive, putting such amatory faith in politics.
They never envisioned two antipodal opposing political parties hijacking the people’s government.
One that would control it and citizen influence would be subservient to their parties.
A lesson learned the hard way.
“Hindsight is always 20/20.”
– Billy Wilder


Our founders set fourth to develop a perfect government.
Since most came from across The Pond, they were gun-shy about mimicking the King’s government in our constitution.
Therefore, there was no provision made to hold politicians within the legislature accountable if they proved incapable to govern.
Unlike England, where all government ministers, and the Prime Minister, are accountable to all branches of the legislature with de facto power vested in the House of Commons.
Motions of no confidence are key components in the Westminster government that requires an executive to retain the impudence of the House of Commons.
It is a fundamental principle that their government must retain the confidence of the legislature to operate effectively with majority support of the legislature.
“Reporters who brandish parliament would have a field day if they covered Congress.”
– Litton Sidle
Since the 1st Congress when Jefferson and Hamilton reignited the fuse of vexation, politicians have scurried to parties.
Unfortunately, our Constitution makes no provisions for a political structure of political accountability.
So Congress formed a way to control government with seniority rewarding through the committee system.
We continued to develop an awkward self-policing system within the system to make a legitimate effort to legitimize the party system.
By 1830, the party system had festered like a bad splinter.
Politics was run by well-oiled machines.
They seemed harmless since they helped to maintain order between competing factions and greased the wheels to control in-party turmoil.
They vetted candidates while picking the pockets of donors to fill their political war chests.
They formed voter groups to bring others to the party and forged policy to promote party propaganda.
This sustained the illusion that they were doing what was best for the populous.
“In politics, nothing happens by accident. If it happens, you can bet it was planned that way.”
– Franklin D. Roosevelt
Hierarchical political bosses like Boss Tweed, Huey Long, Jefferson Randolph, Soapy Smith, E. H. Crump, Richard J. Daley, Frank Hague, Hinky Dink and Bathhouse John around the nation took control of local and national politics.
They held the keys to the doors of government.
They hand-picked political hacks whose feet they held to the fire through incentives, promotions, financial contributions, pet-project spending and other perks.
The “outsiders” were banished into the Land of Oz with the Tin Man.
And this became the DNA of American politics.
“One of the key problems today is that politics is such a disgrace, good people don’t go into government.”
– Donald Trump
For decades our branches of government have worked against each other and against us.
It is a fundamental principle in parliament that government must retain confidence to function or they can be replaced with a no confidence vote.
Unlike Westminster that requires legislative confidence to operate effectively, we’ve mastered the art of ineffectiveness.
We have no authority like parliament to cast a no confidence vote.
The only confidence we have is tremendous confidence nothing will get done each session in our congressional houses.
British politicians are always looking over their shoulder for ways to appease each other to insure public and legislative confidence.
On this side of the pond, our politicians are looking over their shoulders to make sure their party bosses are happy.
In America:
‘We hang the petty thieves and appoint the great ones to public office.”
– Aesop
In America, the only way we can rid ourselves from non-achieving politicians is by impeachment.
And charges against them must be substantial.
It’s a complex and complicated process purposely devised to insure it was not abused.
But what happens when a whole Congress is deadlocked in incompetence?
By law, the British can put an entire body of government or individual on notice, shaming them from office with a no confidence vote.
When Congress continues to demonstrate no power to govern, voters publicly denounce them and the media chastises them, expressing that they have no confidence in them.
But this falls on deaf ears except at election time and everyone sings ‘Kumbaya’.
Then they have little or no recourse except to vote for another hand-picked party hack.
“Politics is the art of choosing between the disastrous and the unpalatable.”
– John Galbraith
Thomas Sowel wrote, “There are no solutions. There are only trade-offs” in American politics.
Our political system was an afterthought, invented as it went along without planning or conviction.
Our founders had great faith in their fellow Americans and the future generations to follow.
They were obviously blinded by the greatness of their patriotism and belief.
Giving us a government of free men controlled by free men, it would be self-policing with no need to protect us from artless party politics.
Although we have no law that grants us or other branches of government to issue “a no confidence vote,” we have that opportunity each Election Day.
If we don’t judge a candidate by his character instead of his party, we have not used our “no confidence vote” wisely.
Little confidence is as bad as no confidence.
“No matter what name we give it or how we judge it, a candidate’s character is central to political reporting because it is central to a citizen’s decision in voting.”
– Roger Mudd


William Haupt III is a retired professional journalist, citizen legislator in California for 40 plus years, and author. He got his start working to approve prop 13.
http://watchdog.org/294166/haupt-no-confidence-political-class/
Posted by Frances Rice at 11:46 AM