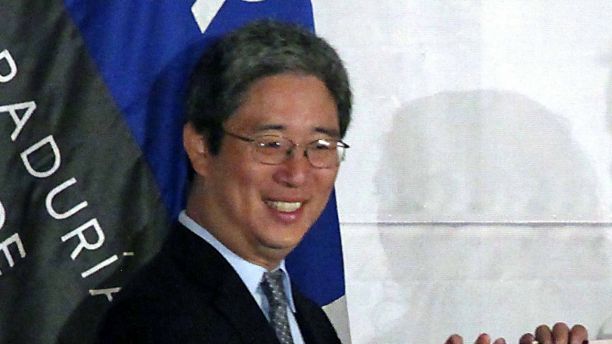 Bruce G. Ohr was demoted at the DOJ for concealing his meetings with the men behind the anti-Trump 'dossier.'  (AP)


A senior Justice Department official demoted last week for concealing his meetings with the men behind the anti-Trump “dossier” had even closer ties to Fusion GPS, the firm responsible for the incendiary document, than have been disclosed, Fox News has confirmed: The official’s wife worked for Fusion GPS during the 2016 election.
Contacted by Fox News, investigators for the House Permanent Select Committee on Intelligence (HPSCI) confirmed that Nellie H. Ohr, wife of the demoted official, Bruce G. Ohr, worked for the opposition research firm last year. The precise nature of Mrs. Ohr’s duties – including whether she worked on the dossier – remains unclear but a review of her published works available online reveals Mrs. Ohr has written extensively on Russia-related subjects. HPSCI staff confirmed to Fox News that she was paid by Fusion GPS through the summer and fall of 2016.
Fusion GPS has attracted scrutiny because Republican lawmakers have spent the better part of this year investigating whether the dossier, which was funded by the Hillary Clinton campaign and the Democratic National Committee, served as the basis for the Justice Department and the FBI to obtain FISA surveillance last year on a Trump campaign adviser named Carter Page.
“The House Intelligence Committee,” Chairman Devin Nunes, R-Calif., told Fox News in a statement on Monday, “is looking into all facets of the connections between the Department of Justice and Fusion GPS, including Mr. Ohr.”
Until Dec. 6, when Fox News began making inquiries about him, Bruce Ohr held two titles at DOJ. He was, and remains, director of the Organized Crime Drug Enforcement Task Force; but his other job was far more senior. Mr. Ohr held the rank of associate deputy attorney general, a post that gave him an office four doors down from Deputy Attorney General Rod Rosenstein. The day before Fox News reported that Mr. Ohr held his secret meetings last year with the founder of Fusion GPS, Glenn Simpson, and with Christopher Steele, the former British spy who compiled the dossier, the Justice Department stripped Ohr of his deputy title and ousted him from his fourth floor office at the building that DOJ insiders call “Main Justice.”
The Department of Justice has provided no public explanation for Ohr’s demotion. Officials inside the Department have told Fox News his wearing of two hats was “unusual,” but also confirm Ohr had withheld his contacts with the Fusion GPS men from colleagues at the DOJ.
Former FBI Director James Comey has described the dossier as a compendium of “salacious and unverified” allegations about then-candidate Donald Trump and his associates, including Page, a foreign policy adviser. The dossier was provided to the FBI in July 2016, shortly before then-candidate Donald Trump accepted the Republican presidential nomination. As Comey later testified, it was in that same month that the FBI began a counterintelligence probe of alleged collusion between the Trump campaign and the Russian government.
The disclosure by Fox News that Bruce Ohr met with Simpson and Steele last year expanded the reach of the dossier’s creators from the FBI into the top echelons of the Justice Department. Initial investigation suggested that Steele, a longtime FBI informant whose contacts with Mr. Ohr are said to date back a decade, might have played the central role in putting Simpson together with the associate deputy attorney general. Now, the revelation that Mrs. Ohr worked for Simpson calls that account into question.
A review of open source materials shows Mrs. Ohr was described as a Russia expert at the Wilson Center, a Washington think tank, when she worked there, briefly, a decade ago. The Center’s website said her project focused on the experiences of Russian farmers during Stalin’s collectivization program and following the invasion of Russia by Nazi forces in 1941. She has also reviewed a number of books about twentieth century Russia, including Reconstructing the State: Personal Networks and Elite Identity in Soviet Russia (2000), by Gerald Easter, a political scientist at Boston College, and Bertrand M. Patenaude’s The Big Show in Bololand: The American Relief Expedition to Soviet Russia in the Famine of 1921 (2002).
Contacted by Fox News late Monday, DOJ officials declined to comment.
Rep. Adam Schiff, D-Calif., the ranking Democrat on the intelligence committee, declined to comment on the original disclosure about Mr. Ohr’s secret meetings, and did not immediately respond to a request for comment about Mrs. Ohr.
While Nunes has issued numerous subpoenas to DOJ and FBI relating to the dossier, and has threatened contempt-of-Congress citations against Rosenstein and FBI Director Christopher Wray for what congressional Republicans have termed “stonewalling” by the two agencies, Schiff has mostly objected to the demands for documents and witnesses, casting the entire dossier probe as innately political. “I think there's a hope that if they can impeach Christopher Steele, and they can impeach the FBI and DOJ, maybe they can impeach the whole Russia investigation,” Schiff told MSNBC in September.


Jake Gibson is a producer working at the Fox News Washington bureau who covers politics, law enforcement and intelligence issues. 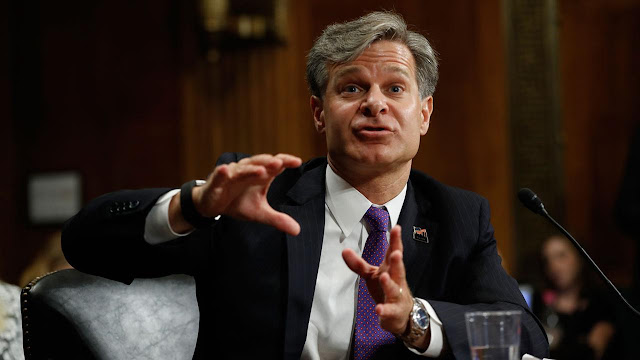 The new director hides behind a phony excuse for refusing to answer Congress’s questions.


By The Editorial Board


Christopher Wray was supposed to bring a new candor and credibility to the FBI after the James Comey debacle, but the country is still waiting. The director’s testimony Thursday to the House Judiciary Committee suggests he has joined the Justice Department effort to stop the public from learning about the bureau’s role in the 2016 election.
Judiciary Chairman Bob Goodlatte invited Mr. Wray to answer the multiplying questions about the bureau’s 2016 political interference. This includes the role that the Steele dossier—opposition research financed by the Clinton campaign—played in the FBI’s decision to investigate the Trump presidential campaign. The committee also wants answers about reports that special counsel Robert Mueller demoted Peter Strzok, a lead FBI investigator in both the Trump and Hillary Clinton email investigations, after Mr. Strzok exchanged anti-Trump texts with his mistress, who also works at the FBI.
Mr. Wray spent five hours stonewalling. The director ducked every question about the FBI’s behavior by noting that the Justice Department Inspector General is investigating last year’s events.
Is Mr. Wray concerned that Mr. Strzok edited the FBI’s judgment of Mrs. Clinton’s handling of her emails to “extremely careless” from “grossly negligent” in a previous draft? The grossly negligent phrase might have put Mrs. Clinton in legal jeopardy, but Mr. Wray said he couldn’t answer because that is subject to the “outside, independent investigation.”
Is Mr. Wray taking steps to ensure his top ranks are free of political “taint”? He couldn’t say because of the “outside, independent” investigation.
Ohio Republican Jim Jordan noted that the only way for Congress to know if the FBI used the Steele dossier to obtain a warrant to spy on the Trump campaign is for the FBI to provide its application to the Foreign Intelligence Surveillance Court. “Is there anything prohibiting you from showing this committee [that application]?” Mr. Jordan asked.
Mr. Wray’s answer was dismissive. “I do not believe that I can legally and appropriately share a FISA court submission with this committee,” said Mr. Wray. “When I sign FISA applications, which I have to do almost every day of the week, they are all covered with a ‘classified information’ cover.”
This is an excuse, not a serious reason. The IG is a watchdog created by Congress to investigate executive misbehavior. It was never intended to supplant congressional oversight, much less be an excuse for executive officials to protect their decisions from scrutiny.
As for hiding behind “classified information,” the House Intelligence Committee that is investigating Russian campaign meddling has appropriate clearances. Mr. Goodlatte reminded Mr. Wray that the Judiciary Committee also has primary jurisdiction over the FISA court.
The FISA application is central to the issue of Russian meddling and whether the FBI used disinformation to trigger a counterintelligence investigation of a U.S. presidential candidate. Congress and the U.S. need to know not only if Trump officials were colluding with Russians but also if Russia and the Clinton campaign used false information to dupe the FBI into intervening in a U.S. election. Yet the FBI and Justice have been stonewalling House Intelligence for months.
The lack of cooperation has become more troubling amid reports that senior career Justice officials have a partisan motivation. Judicial Watch last week released emails showing that Mr. Mueller’s top lieutenant, Andrew Weissmann, praised Obama holdover and acting Attorney General Sally Yates in January for defying Mr. Trump on his travel ban.
Justice also confirmed a Fox News report last week that one of its top lawyers, Bruce Ohr, was in contact with Christopher Steele (the dossier author) before the election, and after the election with Glenn Simpson, the founder of Fusion GPS, the opposition-research firm that hired Mr. Steele. Mr. Ohr was demoted, which suggests his contacts were unauthorized.
By the way, the chief law enforcement officer of the United States is the President. This means he has the legal authority through his deputies at the White House and Justice to see the FISA application. AG Jeff Sessions is recused from the Russia probe, which complicates his access because we don’t know the extent of his recusal. But Deputy AG Rod Rosenstein supervises the FBI when Mr. Sessions does not.
Mr. Rosenstein can and should order the FBI to meet Congress’s document requests including the FISA application. If he refuses, then Mr. Trump through White House counsel Donald McGahn can order him to do so. Mr. Rosenstein could choose to resign rather than comply, but he will not have the law on his side.
The easy way to solve this standoff is for executive officials, including the FBI, to do their duty and cooperate with the duly elected Members of Congress. If they don’t, sterner measures like a finding of contempt of Congress will be needed.
https://www.wsj.com/articles/christopher-wrays-fbi-stonewall-1512943323
Posted by Frances Rice at 7:13 PM