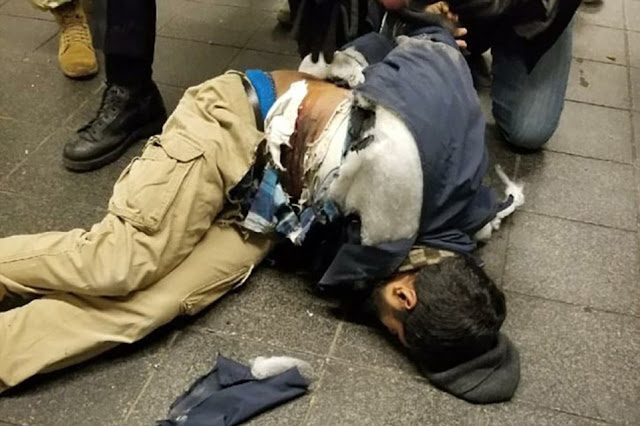 A suspect has been taken into custody after an explosion at the Port Authority subway station in New York City Monday morning. The suspect has been identified as a 27-year-old Bangladeshi national (pictured above)


-  Police have taken one man into custody, who was reportedly carrying a pipe bomb


-  The suspect is a 27-year-old Bangladeshi national who has been living in the U.S. for seven years


-  Former NYPD Commissioner Bill Bratton said the suspect 'supposedly was setting the device off in the name of ISIS' and that it was 'definitely a terrorist attack, definitely intended'


-  CNN reports that the bomb detonated prematurely, injuring the suspect 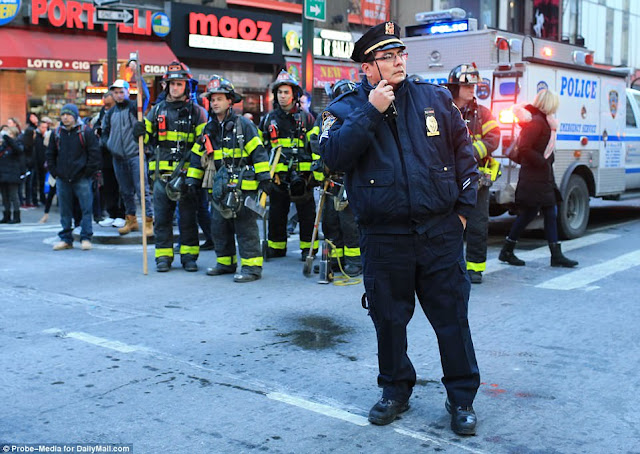 
Commuters said they felt a blast in the Subway tunnels underneath the Port Authority Bus Terminal around 7:30am. The bus terminal is a major transit hub for people commuting to and from New Jersey by bus, and is located just a block from Times Square.
Police have taken one man into custody, who was wearing a pipe bomb with wires and a battery back, a source told the New York Post.  He was injured when the bomb malfunctioned, but is alive and in stable condition, according to the FDNY.
The FDNY says a total of four people were injured and that the injuries were non-life-threatening. The injured count includes the suspect. 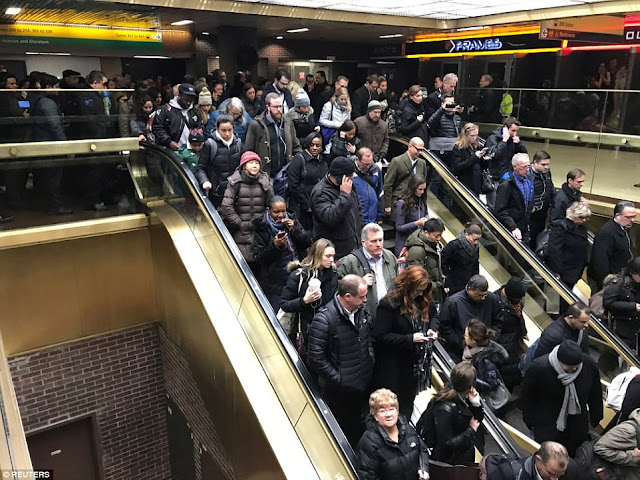 Panicked commuters piled on to escalators to get out of the station after the explosion which occurred just after 7.30am


They also learned that the device was homemade and could have caused catastrophic damage if it went off as intended.
The Port Authority is the largest in the country and the busiest in the world - serving about 225,000 commuters a day.
Everything around the Port Authority in the 42nd Street area was shut down - a surreal scene of still at what would ordinarily be a bustling rush hour.
New Jersey Transit buses headed to the Port Authority were diverting to other locations following the explosion. 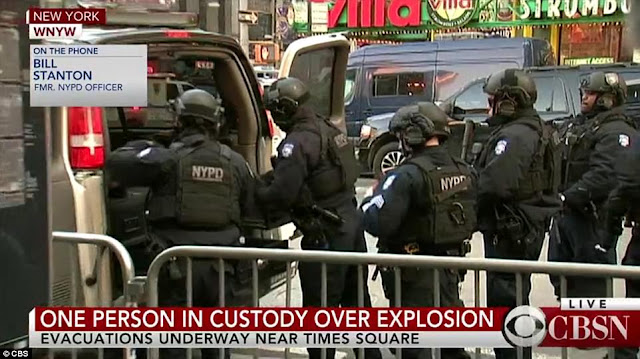 Police have taken one man into custody who was wearing a device on him. So far the suspect is the only reported injury


White House Press Secretary Sarah Huckabee Sanders tweeted Monday morning that the president had been briefed on the situation.


http://www.dailymail.co.uk/news/article-5167317/Explosion-reported-NYC-Port-Authority-bus-terminal.html#ixzz50xqFy02m
Posted by Frances Rice at 10:52 AM