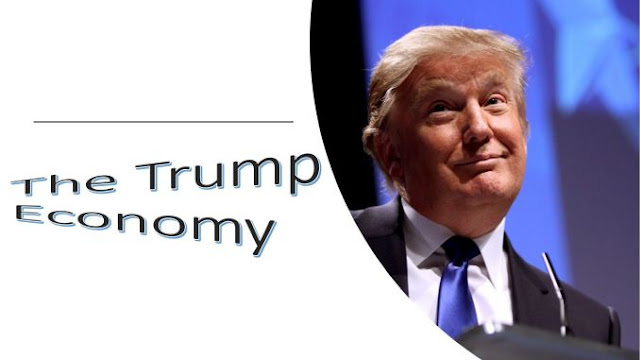 
Jobs: With 228,000 jobs created in November, joblessness at a 17-year low of 4.1% and wages rising, it can no longer really be doubted: Donald Trump's relentless focus on tax cuts, deregulation and draining the swamp is great for job growth.
Even some normally critical media now admit the economy's underlying shift: "The American job market is the strongest it's been in a decade, and arguably the strongest since 2000," wrote The New York Times on Friday.
The Times is right. And the change is noteworthy, especially when viewed year-over-year.
Even though the workforce expanded by just under 1.1 million workers in the past 12 months, the number of people employed is up 1.87 million. That's why the unemployment rate continues to drop.
But the most interesting part of the jobs report, which goes almost unnoticed by the media, is that it's not just a few groups seeing more jobs and opportunity — it's broad-based, with minorities, women, men and even those with low incomes, showing the best gains.
For instance, every education group — ranging from those with no high school diploma, to those with a bachelor's degree or higher — saw significant declines in unemployment in November 2017 from November 2016. And the biggest drops were for those with the least education, not the most.
Meanwhile, groups that have lagged in recent years also show major improvements. For instance, the jobless rate for African Americans dropped from 8% to 7.3%, while for Hispanics it fell from 5.7% to 4.7%. For Asians it stayed at an ultralow 3%.
Among adult men 20 years and over, unemployment has plunged from 4.3% last year to just 3.7% now. Likewise, adult female unemployment declined from 4.2% to 3.7%.
Only one group is doing notably worse: Teenagers. Those aged 16 to 19 have seen their jobless rate rise from 15.2% to 15.9% in the past year. It's no fluke: Hefty minimum wage hikes around the country have slashed youth employment.
Even manufacturing, long a laggard in our economy, has rebounded smartly. The economy added 189,000 jobs in the last year, the Bureau of Labor Statistics notes. At the same time, federal government employment is down by 3,000, CNSNews.com reports.
As for wages, average earnings rose five cents an hour, or 2.5%, from last year. But economists Brian Wesbury and Robert Stein of First Trust add that number to the change in total hours worked to get what they call "total earnings."  Those are up "a sturdy 4.8% from a year ago," they said, and "wages are rising faster in the lower income ranges than in the higher ones."
Trump's many political foes in the media and inside the Beltway have painted him as a clueless friend of the elite and an enemy of working people. As this jobs report clearly shows, that's just plain wrong. And with Trump's big tax cuts on the way, job growth isn't likely to end soon — more good news for all Americans.
https://www.investors.com/politics/editorials/trumps-inclusive-jobs-boom/
Posted by Frances Rice at 2:31 PM