The last time it was 7.3% was in the year 2000, during the months September, October and November. 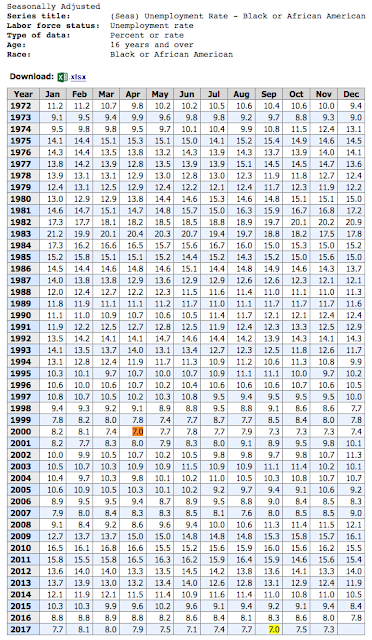 https://www.cnsnews.com/news/article/michael-w-chapman/black-unemployment-rate-lowest-17-years
Posted by Frances Rice at 11:27 AM