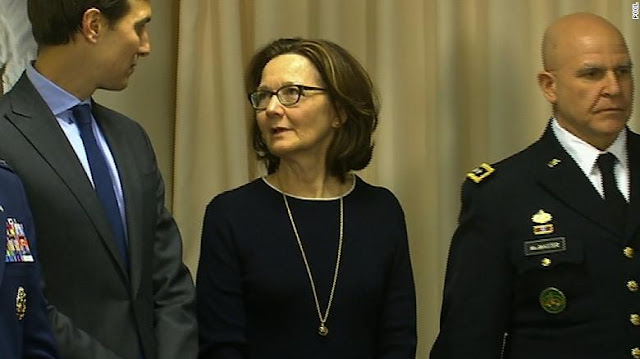 Gina Haspel was confirmed Thursday as CIA director, becoming the first woman to lead the agency and overcoming initial Democratic opposition regarding her role in post-9/11 interrogation and detention practices.

The Senate voted 54-45 to confirm President Trump's nominee, with six Democrats supporting and two Republicans defecting. Haspel, whose nomination was endorsed by the Senate Intelligence Committee a day earlier, previously was deputy director and has spent her career with the agency.

Trump tweeted his congratulations after the vote.

Haspel earned emphatic support from GOP lawmakers as well as intelligence community members from both Democratic and Republican administrations.

"The safety and security of the American people depend on capable intelligence leadership. Gina Haspel is the right woman at the right time," Senate Majority Leader Mitch McConnell, R-Ky., said.

But her history as base chief at a black-site prison in Thailand in 2002, where techniques such as waterboarding were used on terror suspects, came under scrutiny during the confirmation process.

At her confirmation hearing last week, Democrats grilled her on her views on what they deemed torture, as well as objecting to what they saw as the CIA’s selective declassification about information on her. She was also questioned at length about the 2005 destruction of more than 92 interrogation tapes -- a move she said she supported to ensure the safety of CIA agents.

Haspel refused to criticize her colleagues and superiors for their conduct during what she called a “tumultuous time,” but said the CIA under her watch would not resume such techniques. She also defended her own conduct.

Haspel’s confirmation had been in question after Sen. Rand Paul, R-Ky., later joined by Sen. Jeff Flake, R-Ariz., said he would not vote for her.

“While I thank Ms. Haspel for her long and dedicated service to the CIA, as a country we need to turn the page on the unfortunate chapter in the agency's history having to do with torture,” Flake said in a statement Wednesday.

Along with the absence of Sen. John McCain, R-Ariz., it meant that Haspel needed Democratic votes to assure her confirmation.

But in the days leading up to Thursday's vote, she picked up Democratic support, particularly from those in tough midterm re-election fights. Sen. Joe Donnelly, D-Ind., and Sen. Joe Manchin, D-W.Va., came out to back her last week, and others followed.

A key factor may have been a letter she wrote to Sen. Mark Warner, D-Va., vice chairman of the intelligence committee, on Tuesday, saying: “With the benefit of hindsight and my experience as a senior agency leader, the enhanced interrogation program is not one the CIA should have undertaken."

Warner subsequently said in a statement that he believes she “is someone who can and will stand up to the president if ordered to do something illegal or immoral -- like a return to torture.”

Adam Shaw is a Politics Reporter and occasional Opinion writer for FoxNews.com. He can be reached here or on Twitter: @AdamShawNY. 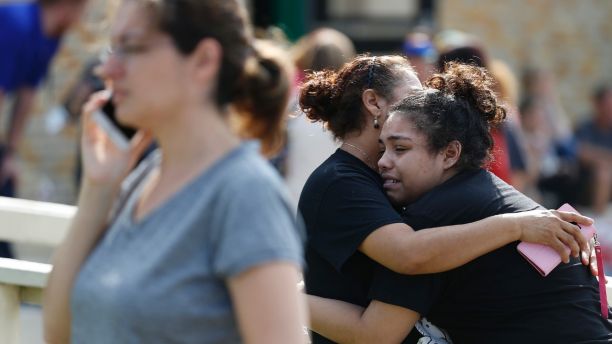 A Texas high school student unleashed a hail of bullets inside one of his classes early Friday morning, gunning down eight to 10 people and explosive devices were found at the school, police said.

The suspected shooter was taken into police custody and a second suspect has been detained. The suspect in custody and the suspect detained for further questioning were both students.

Police officers responded to Santa Fe High School around 8 a.m. CDT after reports that a shooter opened fire inside.

A school resource officer was shot and injured and another officer was also injured in the incident, CBS News reported.

The chief nursing officer at the University of Texas Medical Branch told reporters the center received two adult patients and one person under 18 years old.

Galveston County Sheriff's Maj. Douglas Hudson said units responded to reports of shots fired. Witnesses say a gunman opened fire inside an art class during first period. A student in the class told KTRK she witnessed at least one girl being shot.

"We thought it was a fire drill at first but really, the teacher said, 'Start running,'" the student told the news station.

Two seniors at the school told KHOU 11 their friend pulled the fire alarm after spotting the shooter and urged other students to run. They also said they saw an injured female student.

“Now I am worried about everyone else,” one student commented. “ I don’t even want to go to graduation now.”

The student said she did not get a good look at the shooter because she was running away. She said students escaped through a door at the back of the classroom.

Authorities have not yet confirmed these accounts.

A 17-year-old student told Fox News her friend was shot in the leg.

"It was very dramatic because I thought she was going to the ambulance because we all had to run through and she's very dramatic so I thought she rolled her ankle or something but when I called her she was screaming crying saying she got shot in the leg and so much is going on and is was dramatic," the student told Fox News.

A parent of one of the students told Fox News they drove to the school immediately after hearing about the active shooting situation.

Trump mentioned the school shooting during a speech at the White House Friday. 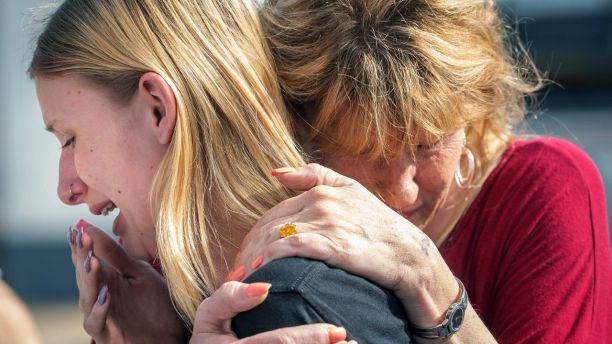 Eight to 10 people were killed Friday in a school shooting in Santa Fe, Texas.  (AP)

“Unfortunately I have to begin by expressing our sadness and heartbreak over the deadly shooting in Texas,” he said. “We send prayers and support for everyone affected in the horrific attack.

Trump also tweeted again saying he "grieved for the terrible loss of life, and send our support and love to everyone affected by this horrible attack in Texas."

"To the students, families, teachers and personnel at Santa Fe High School - we are with you in this tragic hour, and we will be with you forever," he concluded.

Trump spoke with Texas Gov. Greg Abbott to "offer his condolences for those affected by the shooting at Santa Fe High School," an official told Fox News.

The U.S. Bureau of Alcohol, Tobacco, Firearms and Explosives (ATF) said it was also on the scene. Harris County Sheriff Ed Gonzalez tweeted early Friday that he arrived at the school to assist officers with the Galveston County Sheriff Office.

Santa Fe is a city of about 13,000 residents, located 30 miles southeast of Houston. The incident is the nation's deadliest school shooting since the February attack in Parkland, Fla., that killed 17 people.

Fox News' Madeline Rivera and the Associated Press contributed to this report.