Tucker Carlson: Mr. Mueller, Since When Is Criticizing FBI Officials A Crime? 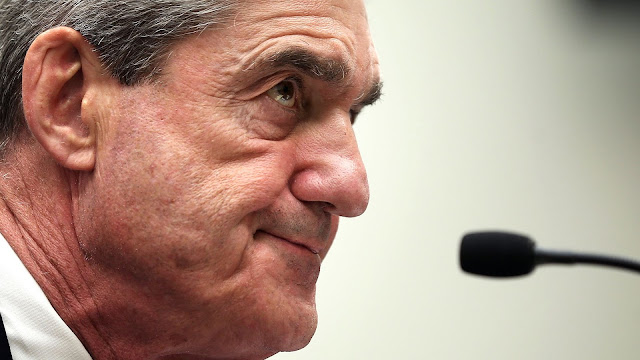 FNC's Tucker Carlson responds to the publication of 49 questions special counsel Mueller is allegedly planning to ask the president.

The video link is: https://youtu.be/ibM9D9hMl3c

TUCKER CARLSON, FOX NEWS: "Why are you criticizing Jim Comey and Andrew McCabe?" If a friend asked you that question, it wouldn't be hard to answer.

Comey was the shiftiest, most political FBI director in memory. His deputy Andy McCabe repeatedly lied to federal investigators. You try that, you'd wind up in jail. So why criticize these guys? Because they deserve it.

Let's say a federal prosecutor asks you the very same question, using this language: "What is the reason for your continued criticism of Mr. Comey and his former deputy Andrew G. McCabe?"

See how the tone is different there? Suddenly it is ominous, it sounds more like a threat than a question. What's the point of asking that you might wonder? Since when is criticizing FBI officials a crime in this country?

Well apparently since Robert Mueller became special counsel. According to the New York Times, that is one of more than 40 questions Mueller plans to ask the president under penalty of perjury.

Here's another one: "What was your opinion of Mr. Comey during the transition?"

Huh? Your opinion? Whose business is that? Aren't Americans allowed to have any opinion they want without being grilled by law enforcement about it?

And this one: "What was the purpose of your July 2017 criticism of Mr. Sessions?"

Again, criticism of a government official framed as a crime. As if dissenting views aren't allowed or must be justified to a prosecutor. What country is this anyway?

In fact, the president is allowed to have any opinion he wants of anyone who works for him. That is true of all presidents. They can hire and fire their own appointees for their own reasons. If you don't like it, don't vote for them. This is a democracy. Trump got elected. Mueller didn't.

Presidents also get to formulate their own policies. Voters can decide whether they agree with those policies, again that is why we have elections.

And yet, two more Mueller questions:

"What discussions did you have during the campaign about Russian sanctions?"

"What involvement did you have concerning the 2016 Republican platform changes regarding arming Ukraine?"

So let's review: Trump ran for office promising to improve our relationship with Russia. He said that frequently and in public. Voters heard him, they agreed with it, and he won.

But permanent Washington hated the idea of getting closer to Russia. They've been pushing a war with Iran for years. That is obvious now. Closer ties with Russia would make a war with Iran far more complicated.

Putin had to be the arch-villain, the most evil man in the world. Never mind China or Mexico, or other countries whose behavior is actually hurting the United States. Russia needed to be our enemy. A country with an economy the size of Texas that can't make a working escalator. They needed to be evil no matter what voters said they wanted.

And so that happened. The policies Trump ran on are now considered evidence of a crime. America is that much closer to war with Iran. Mission accomplished.