How #MeToo Has Undermined the #Resistance 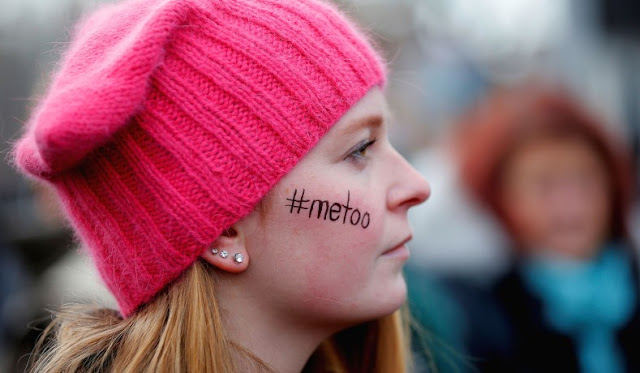 The steady drumbeat of sexual scandal is eroding the Left’s moral authority.
In 2016, the Democrats made a significant mistake in opposing Donald Trump:

They framed their opposition to Trump in moral terms, but failed to provide a better alternative. In 2017 and 2018, they’re making the same mistake again, adopting an attitude of moral superiority in spite of obvious evidence to the contrary.

The Left’s failure in the presidential election was glaringly obvious.

You claim Trump is dishonest? So is Hillary Clinton.

You claim that Trump’s financial dealings are shady? Let’s walk through Whitewater, cattle futures, and the Clinton Foundation.

Trump is a predator? Voters who lived through the 1990s remember “bimbo eruptions,” Monica Lewinsky, a rape allegation, and a wife who consistently covered for her husband’s horrible behavior. The Clintons were a package deal, and that deal included a legacy of tawdry, shocking sexual scandal.

Hillary centered her entire campaign on the notion that Trump was a bad person. She was the worst candidate to make that argument.

The #Resistance, on the other hand, is fresh. And it has the moral authority that Hillary lacked. It can speak clearly about “norms” and “values.” It can condemn Trump’s multiple moral failings in the strongest possible terms, unencumbered by all that Clinton baggage.

At least until #MeToo.

I truly don’t think the Left understands how the relentless drumbeat of sexual scandal looks to Americans outside the progressive bubble.

Left-dominated quarters of American life — Hollywood, the media, progressive politics — have been revealed to be havens for the worst sort of ghouls, and each scandal seems to be accompanied by two words that deepen American cynicism and make legions of conservative Americans roll their eyes at the Left’s moral arguments: “Everyone knew.”

For years, as Hollywood positioned itself as America’s conscience and as the media lauded its commitment to “social justice,” it was harboring, protecting, and indeed promoting truly dreadful human beings as leaders and taste-makers. Progressive politicians who proclaimed support for women’s rights on Twitter were groping women on airplanes or punching them in the bedroom.

All this was happening at the precise time that the dominant argument — particularly against social conservatism — was that “you people are haters and bigots.”

It’s difficult to overstate the extent to which conservative Americans have felt scolded and hectored.

So how do you expect us to react when it’s revealed that all too many of the self-appointed moralists weren’t just the kind of preachers who’d run off with the secretary, they were the kind of monsters who’d press a button in their office, lock the secretary in the room, and assault her?

And it’s true that the number of politicians and celebrities who’ve resigned or been fired is growing long indeed.

But conservatives have their own retort: “We are too.” Bill O’Reilly is off Fox. Roger Ailes was forced out before he passed away. Roy Moore lost an unlosable Senate seat. Missouri’s governor may well face impeachment.

That leaves, of course, the presidency, which puts us right back where we started, with the terrible dilemma of 2016.

Do Democrats honestly believe that they can put forth a corrupt candidate and then, when that candidate loses, adopt a morally scolding position that Republicans should demand the discipline or resignation of their victor?

If they do, they’re in for a rude awakening:

Most living voters remember all too well how they circled the wagons in 1998 around a man who was credibly accused of rape — not just defending him, but trying to reorder American sexual morality and destroy his accusers and investigators in the process.

There are very good reasons why there is collapsing trust in American public institutions, and #MeToo has only hastened that collapse.

And it’s leaving Americans with a profound, unanswered question:

You say the Trump GOP is morally bad, but where is your morally superior alternative?

They invariably put a spotlight on the person and the movement making them.

They carry with them an implicit requirement to be better.

Now the #Resistance is saddled with the collapsing credibility of major progressive cultural institutions.

The housecleaning is welcome and long overdue.

Victims have been crying out for justice for far too long.

But justice has a way of revealing truth, and for the Left that truth is hard to face:

In the battle for American hearts, it has lost the standing to make its moral case.

DAVID FRENCH — David French is a senior writer for National Review, a senior fellow at the National Review Institute, and a veteran of Operation Iraqi Freedom. @davidafrench
https://www.nationalreview.com/2018/05/how-metoo-undermines-the-resistance/