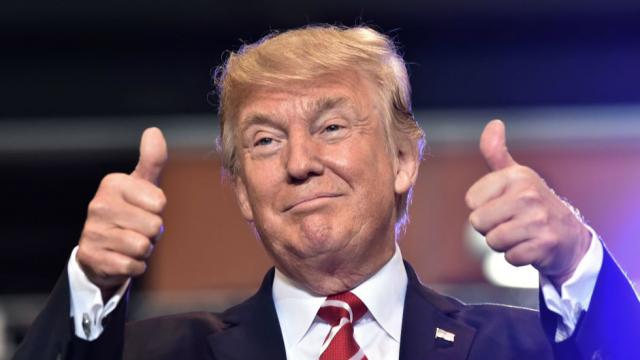 With labor participation, wages, and job growth all on the rise, we are seeing firsthand how President Trump’s economic policies are benefitting American workers. “America’s job creators are confident.

Due to the President’s tax cuts and reforms, more than 5 million Americans are receiving bonuses, retirement account contributions, higher pay, and other new benefits; businesses are announcing new investments in America and its workers; and public utilities are cutting their bills and passing on savings to consumers and families. With all the good news, confidence is soaring. According to the Conference Board, consumer confidence is near an 18-year high.

“America’s job creators are confident. Since President Trump’s election, nearly 3.2 million American jobs have been created. That includes nearly 800,000 jobs added since the President signed the Tax Cuts and Jobs Act into law,” said Secretary Acosta in a statement.

“This is a great time to be a job seeker in America. Last month, the unemployment rate fell to 3.9%, the lowest level in nearly 18 years.”
– Secretary of Labor Alexander Acosta

Read: Small Business Is Booming Across the United States

2.6 percent wage growth was across the board

The labor force participation rate is up-substantially for prime-aged workers since the election (November 2016)
·       900,000 workers have rejoined the labor force over that time period.

“Today, President Trump will take another strong step to protect and promote Americans of faith, because in this White House, believers of every background have a champion in President Donald Trump.”
– Vice President Mike Pence

This week, President Trump signed an Executive Order to ensure that the faith-based and community organizations have strong advocates in the White House and throughout the Federal Government. The new executive order creates a faith-based office, the White House Faith and Opportunity Initiative. “We are proud of our religious heritage. And as President, I will always protect religious liberty,” President Trump said while making remarks at the National Day of Prayer in the Rose Garden.

Read the Facts: President Trump Stands Up For Religious Freedom In The United States