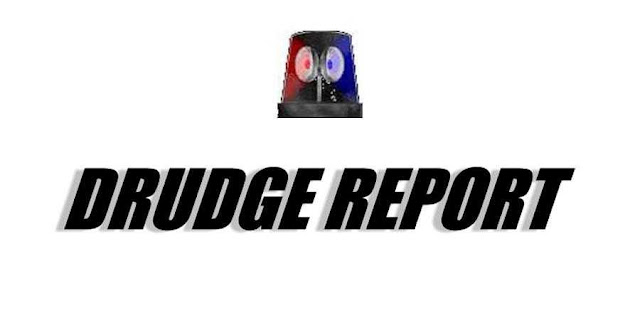 Matt Drudge’s media links compilation has been one of the sites I’ve checked every morning for the last decade. The Drudge Report always had links to sites with stories I would not see on my trusted sites. I say “had” because I am weaning myself from it due to the dramatic shift in bias I’ve observed, especially in the most recent months.

There were dramatic revelations in the plot to get Trump this week–virtually ignored by The Drudge Report.

DOJ dismissed the charges against General Mike Flynn because of clear, unequivocal evidence of the FBI’s plot to entrap him by circumventing normal White House clearance procedures just four days after the inauguration. In his own testimony, James Comey bragged about sandbagging Flynn.

Obama DOJ and Intelligence apparatchiks swore to under oath before Schiff’s secret basement hearings that they had no evidence of “Russia collusion” by Trump’s campaign. Yet they claimed the opposite contemporaneously on national television. Clapper was the worst, calling President Trump a Russian asset controlled by Vladimir Putin.

The Drudge Report ignored or barely reported on these “bombshells.”

I’ve read unconfirmed reports that Matt Drudge sold his Drudge Report in 2019, but I could not find any details. No matter. The current content of The Drudge Report is proof enough that someone who hates our President has acquired it.