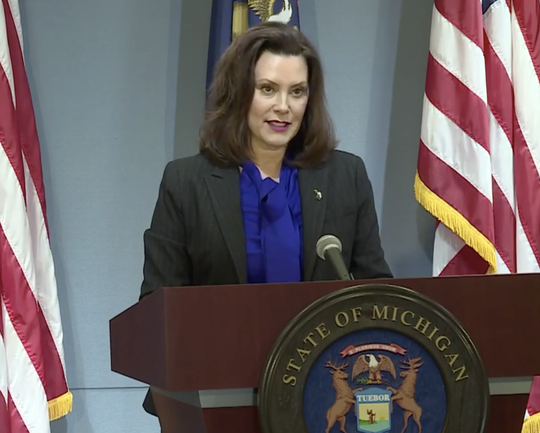 Michigan is now operating under emergency orders that have an extremely shaky legal foundation. The crisis powers granted to Gov. Gretchen Whitmer to deal with the COVID-19 outbreak expired at midnight Thursday, and when she failed to reach a deal with lawmakers to extend them, she set aside the legislative branch and unilaterally imposed the extension.

This affront to democracy must be undone by the courts.

Michigan’s emergency powers act of 1976 allows a governor to declare a state of emergency and assume extraordinary powers over the citizens of the state for 28 days in the face of natural or man-made disasters.

At the end of 28 days, the law specifically allows for an extension of those powers, but only with the approval of both chambers of the Legislature. Lawmakers previously granted a 23-day extension.

The language of the bill is clear. But Whitmer executed a series of questionable maneuvers late Thursday to justify her bypass of the Legislature, relying heavily on a convenient reading of the original emergency powers act adopted in 1945.

Nothing she did changes the fact that in 1976 lawmakers added a new bill to complement the 1945 act with the expressed intent of giving the Legislature oversight authority when an emergency is declared.

No reasonable person would assume the Legislature would willingly forfeit its Constitutional authority and vest absolute power in the executive branch. The language of the 1945 law is largely focused on short-term episodes of civil unrest.

It does not mention contagious diseases. But the 1976 law specifically cites pandemics as a justification for operating under emergency powers. That, then, should be the law that is followed.

Whitmer is attempting to assign a noble purpose for her unilateral power grab, saying she needed to continue her emergency powers to protect health care workers from being sued by COVID-19 patients.

But the Legislature Thursday approved a bill that would enshrine that immunity in law, proving lawmakers are capable of working with the governor to protect Michigan.

They had offered to grant her another short-term extension of her powers, with oversight. But she refused to accept any conditions that forced her to collaborate with lawmakers.

The Republican-controlled Legislature Thursday also passed resolutions authorizing the speaker of the House and the Senate majority leader to sue the governor.

That lawsuit should be filed ASAP.

From the beginning of her tenure, Whitmer has show disdain for both the law and regular-order governing, looking for every loophole to avoid dealing with the Legislature.

This time, she’s taken the state to a very dangerous place.
There's no reasonable defense, in a representative democracy, for a governor to strip the legislative branch of its constitutional authority and assume dictatorial powers in perpetuity.