No Matter Who Biden Picks, His Running Mate Will Be A ‘Karen’ 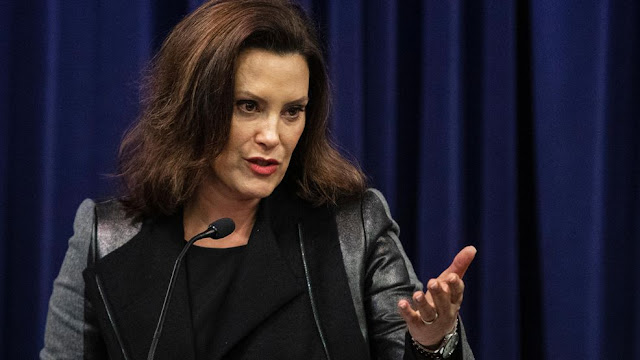 We’re still at least a month away from Joe Biden announcing who his running mate will be for the 2020 election. It’s hard to tell which way he’s leaning, but no matter who he chooses, it will be “Karen.”

Applying “Karen” as a pejorative is not as fresh as it might seem. Some uses of the name to describe a spiteful, unpleasant woman go back maybe as far as three decades. But the name has been more widely used as a cultural meme in recent months.

With apologies to those named Karen but aren’t “Karens,” a “Karen” in 2020 is, “an entitled, obnoxious, middle-aged white woman,” says dictionary.com. Wikipedia says a Karen “displays aggressive behavior when she is obstructed from getting her way.” She often wants to “speak to the manager” because it’s her nature to complain, hector, and rage. During the pandemic, we’ve seen Karens all over, screeching and nagging about masks, social distancing (both for and against it and on occasion taking both sides simultaneously), and any conduct she doesn’t agree with.

A Karen is a tattletale and a snob, mean girl who got older but didn’t grow up. And her defining traits, bullying, a desire to subjugate others, and rank hypocrisy, fit snugly with progressive-left politics.

Biden, guided by the identity politics of his party, has promised that his choice for running mate will be a woman. It’s said he’s looking hard at five candidates, at least, and maybe as many as eight. So who makes up this field of possibilities?

Sen. Elizabeth Warren. Maybe the most Karen of them all. Given the pulpit of a vice presidential candidate, and, Heaven help us, possibly the soapbox of the vice presidency, she will constantly howl about economic inequality, Wall Street, profit, and just about any principle that has made America the exceptional nation it is.

“She is a nag. A scold. An ideologue,” law professor Michael Greve wrote in 2012 when Warren was running for U.S. senator in Massachusetts. “An advocate of a nanny state beyond a Swedish socialist’s wildest imagination. A bureaucratic Bruegel who paints an America of victims — pathetic figures in a landscape of unremitting hostility. Also, professor Warren is an economic idiot.”

Sen. Kamala Harris. The junior senator from California isn’t white, but she does relish managing the lives of others, as does any good Karen. She’s also an unpleasant person. Fox News’ Tucker Carlson says “Harris embodies everything that is grating and unlikable about” progressive-left politicians, who are “mindless children of privilege who sneer at those below them for not obeying.”

“As California attorney general, she and her staff fought to uphold wrongful convictions and prevent potentially exculpatory evidence from coming to light (as has been well documented),” the Washington Monthly reported last year.

And while she “sells herself as a girl from Oakland who grew up to fight powerful interests,” it’s been revealed “that Harris relied on San Francisco elites and cushy appointments from her then boyfriend, former San Francisco mayor Willie Brown, to power her political rise.”

Sen. Amy Klobuchar. The Minnesota Democrat has a reputation of being cruel to her staff members. If she’s abusive to the people she’s closest to, how much worse would she treat the more than 325 million Americans she doesn’t know, if she had that chance?

The New York Times said that many of her former aides “say she was not just demanding but often dehumanizing — not merely a tough boss in a capital full of them but the steward of a work environment colored by volatility, highhandedness and distrust.”

According to Politico, “former staffers portray her as a brutal boss who mistreated them.”

Gov. Gretchen Whitmer. The coronavirus pandemic has shown the country just who the Michigan chief executive really is.

“Whitmer to Michigan: Stay Home and Shut Up,” reads a headline of a recent Debra Saunders column. Saunders suggests Whitmer should have a shirt made for herself that says “Nanny state scold.”

Michael Walsh, writing in the Epoch Times, identified Whitmer as one of several governors who have been “acting like petty tyrants as they unconstitutionally restrict personal freedom, religious observance, and the right to free association – over what is essentially a nursing-home disease that strikes the very elderly.”

Whitmer also threatened to extend her stay-at-home orders if the protests at the capitol against her heavy-handed approach continued. Hillsdale College professor Paul Rahe says the governor has “punitive instincts” and her pandemic policy “is nothing less than tyrannical.”

Others who’ve been mentioned as possibilities – Catherine Cortez Masto, one of Nevada’s U.S. senators; New Mexico Gov. Michelle Lujan Grisham; Wisconsin U.S. Sen. Tammy Baldwin; Illinois U.S. Sen. Tammy Duckworth; and Georgia governor-in-her-mind Stacey Abrams, to name a few – are no better. The Democratic Party is an assembly of Karens. That’s who it attracts. So it doesn’t matter which prospect Biden chooses. He gets a Karen.

For those who would complain that our editorial is sexist, we counter that with, one, Biden limited himself when he promised to choose a female running mate, so there are no men to criticize, and, two, there are male Karens out there, they just don’t have a name yet. We suggest Barack.