Poll: 40% of Families More Likely to Homeschool When Pandemic Ends 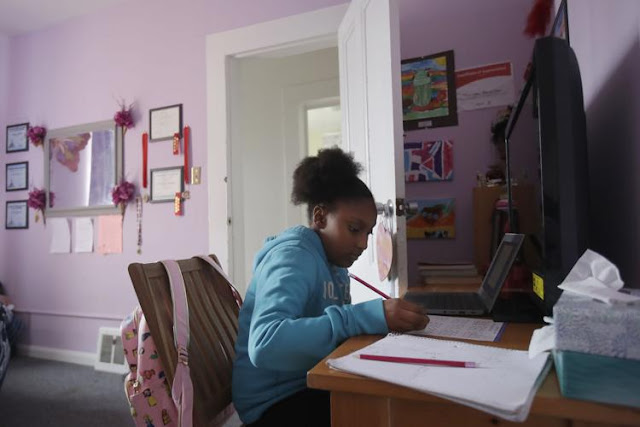 A RealClear Opinion Research poll released Thursday found 40 percent of families are more likely to choose to homeschool their children or engage in virtual learning once the coronavirus pandemic subsides.

The survey asked parents, “Are you more or less likely to enroll your son or daughter in a homeschool, neighborhood homeschool co-op, or virtual school once the lockdowns are over?”

Of the 626 parents who responded, 40.8 percent said they were “more likely” to do so, while 31.1 percent replied they were “less likely.”

With political party as a factor, 45.7 percent of parents who said they would be “more likely” to homeschool identified as Democrat, while 42.3 percent identified as Republican.

The survey also questioned 2,122 registered voters on the issue of whether parents should be able to use tax dollars designated for education for the schooling of their choice.

Among the respondents, 64 percent said they support that idea, including 59 percent of Democrats, 75.2 percent of Republicans, and 60.2 percent of Independents.

Results of the poll appeared on the website of the American Federation for Children (AFC), which promotes school choice. U.S. Education Secretary Betsy DeVos was chairwoman of AFC prior to her nomination by President Donald Trump.

John Schilling, president of AFC, said in a statement:

Every single family with kids in school has been incredibly disrupted by the lockdowns. With 55 million students no longer in their normal educational setting, families are clearly considering new options and many are seeing the benefits of homeschooling and virtual schooling. Policymakers should note that there is a strong desire to have these and other educational options available to families, with both strong support for the general concept of school choice and even stronger support for a specific federal proposal, Education Freedom Scholarships.

Schilling added many families are also seeing “the inadequacies of school districts that are too inflexible.”

“Moreover, policymakers owe it to the taxpayers who are footing the $800 billion K-12 education bill to maximize their investment by ensuring every child has access to a quality education and outcomes are improved across the board,” he said.

https://www.breitbart.com/politics/2020/05/14/poll-40-of-families-more-likely-to-homeschool-when-pandemic-ends/
Posted by Frances Rice at 9:34 AM