Biden himself leaked word of his son’s dying wish. 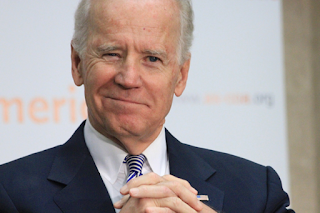 Joe Biden has been making his 2016 deliberations all about his late son since August.

Aug. 1, to be exact — the day renowned Hillary Clinton-critic Maureen Dowd published a column that marked a turning point in the presidential speculation.

According to multiple sources, it was Biden himself who talked to her, painting a tragic portrait of a dying son, Beau’s face partially paralyzed, sitting his father down and trying to make him promise to run for president because “the White House should not revert to the Clintons and that the country would be better off with Biden values.”

It was no coincidence that the preliminary pieces around a prospective campaign started moving right after that column. People read Dowd and started reaching out, those around the vice president would say by way of defensive explanation. He was just answering the phone and listening.

But in truth, Biden had effectively placed an ad in The New York Times, asking them to call.

Before that moment and since, Biden has told the Beau story to others. Sometimes details change — the setting, the exact words. The version he gave Dowd delivered the strongest punch to the gut, making the clearest swipe at Clinton by enshrining the idea of a campaign against her in the words of a son so beloved nationally that his advice is now beyond politics. This campaign wouldn’t be about her or her email controversy, the story suggests, but connected to righteousness on some higher plane.

Biden’s “Uncle Joe” schtick is designed to camouflage the career politician inside who has no qualms about lying to further his own ambitions. You know, the man who plagiarized his law review comment and falsely claims that he played college football, graduated in the top half of his law school class (he was 76 out of 85), had a blue collar upbringing, that his first wife and daughter were killed by a drunk driver (there is no evidence the driver was drunk), and that he was a skeptic of the Iran nuclear deal.

Biden has displayed, over a long period of time, a near-pathological propensity to lie in order to aggrandize himself. That he would “embellish” the story of his dying son’s last words–and plant the story himself with the New York Times–is just another example of this pattern.