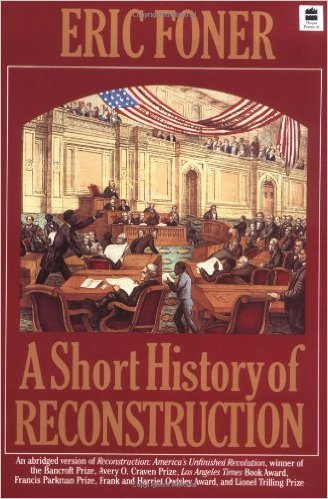 In his book, A Short History of Reconstruction, Dr. Eric wrote: “Founded in 1866 as a Tennessee social club, the Ku Klux Klan spread into nearly every Southern state, launching a ‘reign of terror‘ against Republican Party leaders, black and white.  In effect, the Klan was a military force serving the interests of the Democratic Party, the planter class, and all those who desired the restoration of white supremacy.  Jack Dupree, a victim of a particularly brutal murder in Monroe County, Mississippi - assailants cut his throat and disemboweled him, all within sight of his wife, who had just given birth to twins - was ‘president of a republican club‘ and known as a man who ‘would speak his mind.’” 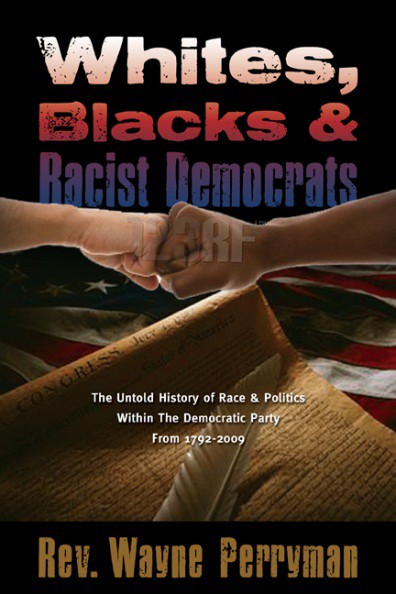 Another excellent reference is the book by Rev. Wayne Perryman: "White, Blacks and Racist Democrats:  The Untold History of Race & Politics Within The Democratic Party From 1792-2009."   As a result of his research, Rev. Perryman sued the Democratic Party for their history of racism.  Democratic Party leaders came into court and, under oath, admitted their racist past, but refused to apologize because they know they can take the black vote for granted.

Below is an extensive timeline that provides details about the Ku Klux Klan and the Democratic Party.

The above information and below historical timeline demonstrate that the Republican Party has always been the party of the four F’s:  family, faith, freedom and fairness.

As author Michael Scheuer wrote, the Democratic Party is the party of the four S’s:  slavery, secession, segregation and now socialism.  Democrats have been running black communities for the past 50 years, and the socialist policies of the Democrats have turned those communities into economic and social wastelands.

A Reflection of the racist attitude of the liberals/socialists/progressives in the Democratic Party can be found in the words of liberal icons Margaret Sanger, founder of Planned Parenthood, and President Lyndon Johnson, as shown below.

“We should hire three or four colored ministers, preferably with social-service backgrounds, and with engaging personalities. The most successful educational approach to the Negro is through a religious appeal. We don’t want the word to go out that we want to exterminate the Negro population.”

“These Negroes, they’re getting uppity these days.  That’s a problem for us, since they got something now they never had before.  The political pull to back up their upityness.  Now, we’ve got to do something about this.  We’ve got to give them a little something.  Just enough to quiet them down, but not enough to make a difference.  If we don’t move at all, their allies will line up against us.  And there’ll be no way to stop them.  It’ll be Reconstruction all over again.” 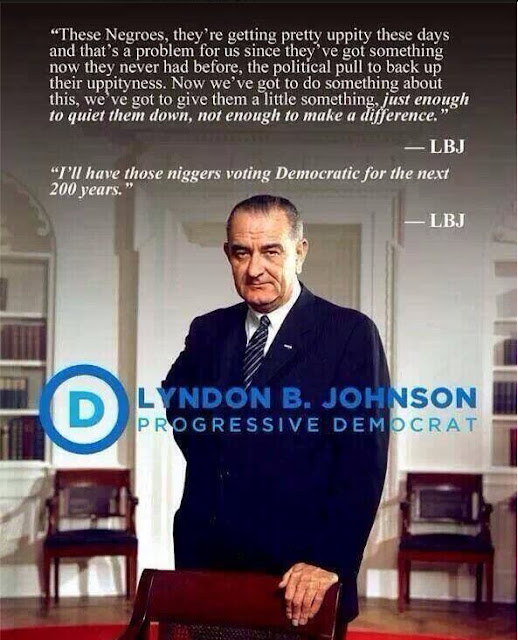 Historical Timeline of the Ku Klux Klan and the Democratic Party

Republicans, led by Republican President Ulysses Grant, took action and destroyed the Klan with the Ku Klux Klan Act of 1871.  Undaunted, Democrats in the 20th Century helped the Klan to re-emerge when racist Democrat President Woodrow Wilson premiered the racist movie, Birth of a Nation, in the White House in 1915. 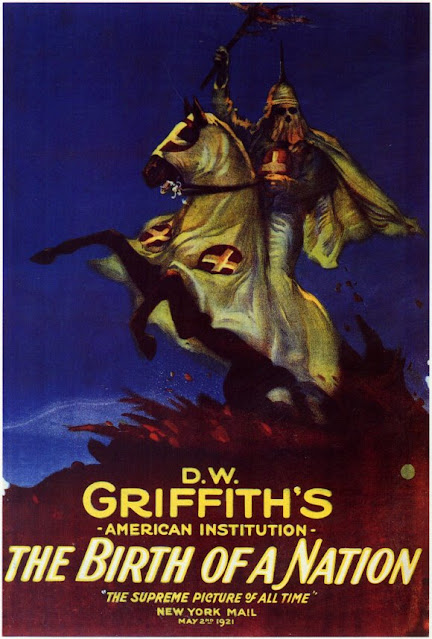 Inspired by the movie, some Georgia Democrats revived the Klan which once again became a powerful force within the Democratic Party and so dominated the 1924 Democratic Convention that Republicans called it the Klanbake.

Democrat President Franklin Delano Roosevelt in the 1930s appointed a Klansman, Senator Hugo Black (D-AL), to the U.S. Supreme Court.  The Klansmen against whom the civil rights movement activists struggled in the 1950’s were all Democrats.

The notorious Alabama police commissioner Eugene “Bull” Connor, who attacked black civil rights demonstrators with dogs, clubs and fire hoses, was both a Klansman and the Democratic Party’s National Committeeman for Alabama.

Starting in the 1980s, the Democratic Party elevated a recruiter for the Ku Klux Klan, Senator Robert Byrd (D-WV), to third-in-line for the presidency, and he remained a Democrat until he died in 2010.

October 13, 1858
During Lincoln-Douglas debates, U.S. Senator Stephen Douglas (D-IL) states: “I do not regard the Negro as my equal, and positively deny that he is my brother, or any kin to me whatever”.  Douglas became Democratic Party’s 1860 presidential nominee.

April 16, 1862
President Lincoln signs bill abolishing slavery in District of Columbia.  In Congress, 99% of Republicans vote yes and 83% of Democrats vote no.

July 17, 1862
Over unanimous Democrat opposition, the Republican-controlled Congress passes the Confiscation Act stating that slaves of the Confederacy “shall be forever free”.

May 10, 1866
U.S. House passes the Republicans’ 14th Amendment guaranteeing due process and equal protection of the laws to all citizens, with 100% of Democrats voting no.

June 8, 1866
U.S. Senate passes the Republicans’ 14th Amendment guaranteeing due process and equal protection of the law to all citizens, where 94% of Republicans vote yes and 100% of Democrats vote no.

March 30, 1868
Republicans begin impeachment trial of Democrat President Andrew Johnson, who declared: “This is a country for white men, and by God, as long as I am President, it shall be a government of white men”.

September 3, 1868
25 African-Americans in the Georgia legislature, all Republicans, were expelled by the Democrat majority.  They were later reinstated by a Republican-controlled Congress.

September 12, 1868
Civil rights activist Tunis Campbell and all other African-Americans in the Georgia Senate – all Republicans – were expelled by the Democrat majority.  They were later be reinstated by a Republican-controlled Congress.

October 22, 1868
While campaigning for re-election, U.S. Rep. James Hinds (R-AR) is assassinated by Democrat terrorists who were organized as the Ku Klux Klan.

February 3, 1870
After passing the U.S. House of Representatives with 98% Republican support and 97% Democrat opposition, the Republicans’ 15th Amendment is ratified, which granted the right to vote to all Americans regardless of race.

June 22, 1870
The Republican-controlled Congress creates the U.S. Department of Justice to safeguard the civil rights of African-Americans against Democrats in the South.

September 6, 1870
Women vote in Wyoming during the first election after women’s suffrage legislation was signed into law by Republican Gov. John Campbell.

November 18, 1872
Susan B. Anthony arrested for voting, after boasting to Elizabeth Cady Stanton that she voted for “the Republican ticket, straight”.

March 1, 1875
The Civil Rights Act of 1875, guaranteeing access to public accommodations without regard to race, was signed by Republican President Ulysses S. Grant.  The law passed with 92% Republican support over 100% Democrat opposition.

January 10, 1878
U.S. Senator Aaron Sargent (R-CA) introduces the Susan B. Anthony amendment for women’s suffrage.  The Democrat-controlled Senate defeated it 4 times before the election of the Republican-controlled House and Senate, which guaranteed its approval in 1919.  Republicans foil Democratic efforts to keep women in the kitchen, where Democrats believed they belonged.

February 8, 1894
The Democrat-controlled Congress and Democrat President Grover Cleveland join to repeal the Republicans’ Enforcement Act, which had enabled African-Americans to exercise their right to vote guaranteed by the 15th Amendment to the U.S. Constitution.

May 29, 1902
Virginia Democrats implement a new state constitution, condemned by Republicans as illegal, that reduced African-American voter registration by 86%.

August 18, 1920
The Republican-authored 19th Amendment, affirming the right to vote for women, becomes part of Constitution.  26 of the 36 states that ratified the amendment had Republican-controlled legislatures.

June 12, 1929
First Lady Lou Hoover invites the wife of U.S. Rep. Oscar De Priest (R-IL), an African-American, to tea at the White House, sparking protests by Democrats across the country.

March 12, 1956
Ninety-seven Democrats in Congress condemn the U.S Supreme Court’s decision in Brown v. Board of Education and pledge to continue segregation of the races.

June 5, 1956
Republican federal judge Frank Johnson rules in favor of Rosa Parks in a decision striking down “blacks in the back of the bus” laws in the Democrat-controlled South.

May 2, 1963
Republicans condemn the Democrat sheriff of Birmingham, Alabama for arresting over 2,000 African-American schoolchildren marching for their civil rights.

June 9, 1964
Republicans condemn the 14-hour filibuster against the 1964 Civil Rights Act by U.S. Senator and former Ku Klux Klansman Robert Byrd (D-WV), who served in the Senate until his death in 2010.

June 10, 1964
Senate Minority Leader Everett Dirksen (R-IL) criticizes the Democrat filibuster against the 1964 Civil Rights Act and calls on Democrats to stop opposing racial equality.  The Civil Rights Act of 1964 was introduced and approved by a staggering majority of Republicans in the Senate. The Act was opposed by most southern Democrat senators, several of whom were proud segregationists—one of them being Democrat Senator Al Gore Sr.  The Democrat President Lyndon Johnson relied on Senator Everett Dirksen, the Republican leader from Illinois, to get the Act passed.

August 4, 1965
Senate Republican Leader Everett Dirksen overcomes the Democrat attempts to block the 1965 Voting Rights Act.  94% of Senate Republicans voted for that landmark civil right legislation, while 27% of Democrats opposed it. The Voting Rights Act of 1965 abolished literacy tests and other measures devised by Democrats to prevent African-Americans from voting.

August 20, 1996
Legislation authored by U.S. Rep. Susan Molinari (R-NY) to prohibit racial discrimination in adoptions becomes law and is part of the Republicans’ Contract With America.