Something Deeply Disturbing Is Happening All Across America 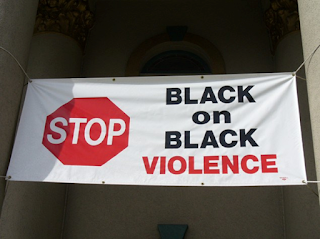 From a speech by Federal Bureau of Investigation Director James B. Comey at the University of Chicago Law School, Oct. 23:

Part of being clear-eyed about reality requires all of us to stare—and stare hard—at what is happening in this country this year. And to ask ourselves what’s going on.

We are right to focus on violent encounters between law enforcement and civilians. Those incidents can teach all of us to be better. But something much bigger is happening. Most of America’s 50 largest cities have seen an increase in homicides and shootings this year, and many of them have seen a huge increase. These are cities with little in common except being American cities—places like Chicago, Tampa, Minneapolis, Sacramento, Orlando, Cleveland, and Dallas.

In Washington, D.C., we’ve seen an increase in homicides of more than 20% in neighborhoods across the city. Baltimore, a city of 600,000 souls, is averaging more than one homicide a day—a rate higher than that of New York City, which has 13 times the people. Milwaukee’s murder rate has nearly doubled over the past year.

And who’s dying? Police chiefs say the increase is almost entirely among young men of color, at crime scenes in bad neighborhoods where multiple guns are being recovered.

What could be driving an increase in murder in some cities across all regions of the country, all at the same time? What explains this map and this calendar? Why is it happening in all of different places, all over and all of a sudden? . . .

Nobody says it on the record, nobody says it in public, but police and elected officials are quietly saying it to themselves. And they’re saying it to me, and I’m going to say it to you. And it is the one explanation that does explain the calendar and the map and that makes the most sense to me.

Maybe something in policing has changed. In today’s YouTube world, are officers reluctant to get out of their cars and do the work that controls violent crime? Are officers answering 911 calls but avoiding the informal contact that keeps bad guys from standing around, especially with guns?

I spoke to officers privately in one big city precinct who described being surrounded by young people with mobile phone cameras held high, taunting them the moment they get out of their cars. They told me, “We feel like we’re under siege and we don’t feel much like getting out of our cars.” I’ve been told about a senior police leader who urged his force to remember that their political leadership has no tolerance for a viral video.

So the suggestion, the question that has been asked of me, is whether these kinds of things are changing police behavior all over the country. And the answer is, I don’t know. I don’t know whether this explains it entirely, but I do have a strong sense that some part of the explanation is a chill wind blowing through American law enforcement over the last year. And that wind is surely changing behavior.

Part of that behavior change is to be welcomed, as we continue to have important discussions about police conduct and de-escalation and the use of deadly force. Those are essential discussions and law enforcement will get better as a result.

But we can’t lose sight of the fact that there really are bad people standing on the street with guns. The young men dying on street corners all across this country are not committing suicide or being shot by the cops. They are being killed, police chiefs tell me, by other young men with guns.

Lives are saved when those potential killers are confronted by a strong police presence and actual, honest-to-goodness, up-close “What are you guys doing on this corner at one o’clock in the morning?” policing. All of us, civilian and law enforcement, white, black, and Latino, have an interest in that kind of policing. . . .

If what we are seeing in America this year continues, we will be back to talking about how law enforcement needs to help rescue black neighborhoods from the grip of violence. All lives matter too much for us to let that happen. We need to figure out what’s happening and deal with it now.