Former Miss Arkansas Says: Bill Clinton Was So-so In Bed And Hillary Was Into Sex With Women

EXCLUSIVE: 'He put on my frilly nightie, and danced around playing his sax.' Former Miss Arkansas says Bill Clinton was so-so in bed and confided Hillary was into sex with women. Now she fears Hillary vendetta and sleeps with loaded semi-automatic


By Ben Ashford In Little Rock, Arkansas For Dailymail.com


Sally Miller looked on in amusement as the man who would become the 42nd President of the United States slipped into her own frilly black nightgown.


The former Miss Arkansas has never forgotten how her younger lover proceeded to dance around the bedroom, serenading her with his saxophone and reducing her to a fit of giggles.


This playful scene was typical of the laughter-filled nights that ex-beauty queen Miller enjoyed with Bill Clinton during their 1983 affair, she tells Daily Mail Online in an exclusive interview.


The married Governor of Arkansas would frequently adopt the role of entertainer-in-chief to impress his glamorous older woman, a one-time Miss America finalist.


But while his attempts at lovemaking were largely forgettable, Clinton would rarely disappoint when it came to divulging intimate and potentially damaging secrets about his wife Hillary.


More than two decades on, Miller, a former singer and radio host known as Sally Perdue, is preparing to dish the secrets of their pillow talk in a tell-all memoir. 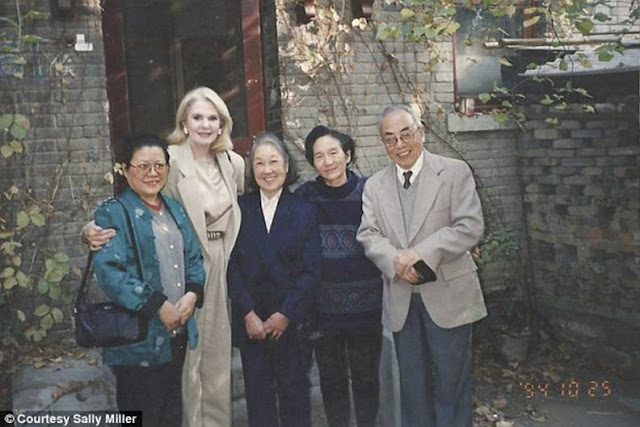