Below is an excerpt from an article posted on Breitbart News and further below is the entire text of an article "The Ted Cruz Deception?" by John Porter.
_____________


New audio obtained exclusively by Breitbart News indicates that as the Iowa caucuses began on Monday night, the Sen. Ted Cruz (R-TX) campaign called precinct captains informing them that Dr. Ben Carson was suspending campaigning, and instructing them to tell voters they should “not waste a vote on Ben Carson and vote for Ted Cruz.”
The calls were placed after the Carson campaign had already clarified that Carson was not suspending his campaign. 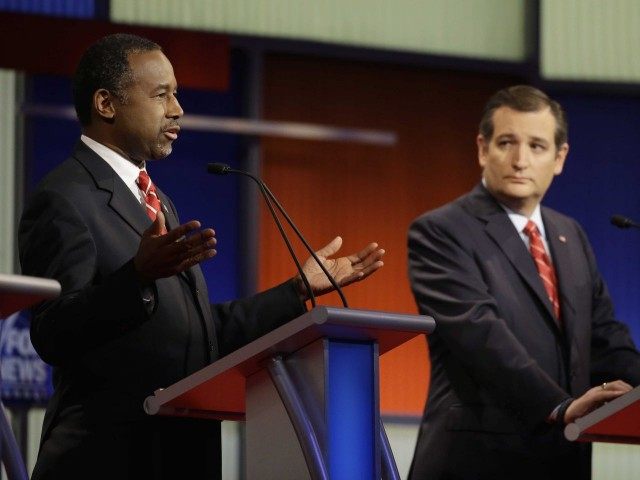 The Ted Cruz Deception?
By John Porter
As many of you know, I write and email to over 7,000 people in every state across America. My in box has been inundated with those wanting my view on the Ted Cruz, Ben Carson Iowa issue. So I am sending this to all. It is my opinion and the way I feel about the whole thing. I have researched every word. With minds wide open let's consider it.  As you know by now, Ted Cruz is facing a barrage of, I believe, well deserved “heat” after Ben Carson revealed to the world that the Texas Senator  had “stolen” his supporters through deceitfulness and lies.
In what is a moral low blow for the evangelist like candidate, Ted Cruz, during the Iowa Caucus released a false press statement through his campaign and through the media about the Status of the Ben Carson campaign.  During the Iowa Caucus, Ben Carson commented through the media that he would be temporarily heading home to Florida before going to New Hampshire.  The Cruz campaign immediately pounced and turned it into "Carson was suspending his campaign." Iowa State Rep. Steve King, who chairs the Cruz campaign, immediately sent out a tweet with this false information.
Following the tweet of false information by King just before the caucuses started at 7:00 P. M., another tweet by King was sent at a little after 8:00 P. M.  to all 1500 of the Iowa Caucus site captains and speakers repeating the "lie" and urging the Carson supporters to switch to Cruz. What is significant here, is by this time, they knew full well it was not true. It is very difficult for me to believe that by this time, Ted Cruz himself did not know it was a lie, and in fact allowed it to go forward. Would you not agree, after all, this is the age of instant communication at your fingertips.
It looks to me like, deception at its finest. So much for Conservative Christian Values…"By Their Fruit Ye Shall Know Them."
This shameful tactic could have very well been the difference for several candidates at the top, not to mention, effecting the eventual 10% of the vote that Ben Carson ultimately received.  There is either serious miscommunication within the Cruz organization, or there was an orchestrated effort to push a lie.  The Cruz campaign has since apologized, but who cares?  Iowa is over. Like hanging someone for something they didn't do and apologizing to them for it at their funeral.
The real truth is this.  This strategy by Ted Cruz is exactly what is wrong with Washington politicians, especially of the Lawyer variety.  Deceitful and dirty tricks to influence the election in his favor happened, regardless of whether or not it was intentional or unintentional.
Let us keep in mind there were at the time, a dozen Republican people still in the race for president, and I may point out, that no other campaign in the race made this mistake.  It is also important to point out, that no other candidate had a chance of beating Trump either.
Coincidence or deceit?  It is hard to say at this point.  It will be interesting to see how many sermon type speeches Ted Cruz gives in New Hampshire, as he did in Iowa.
Political pandering and posturing is enough to make any of us sick, but when it is about the man upstairs, it is uncalled for and immoral.  I don’t care what state you are campaigning in.
So what do you think about this tactic?  Does it reflect upon Ted Cruz and his ability to hire competent people?  Or is it a clear example of how a person will do or say anything to get elected?  Either way is not good.
Cruz has some serious explaining to do, more so than just a weak apology.
I was so proud of the Republican field of candidates, and until now, Ted Cruz WAS my second choice for president. I cannot over state my disappointment in Ted Cruz.
Posted by Frances Rice at 7:25 PM