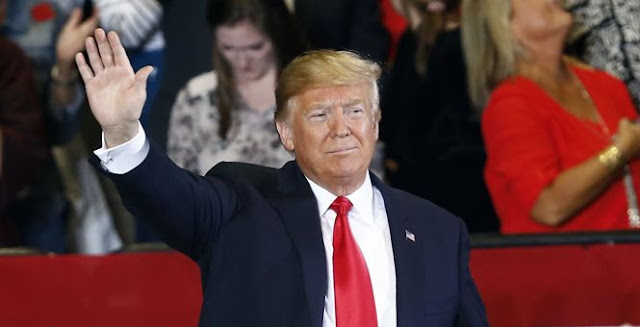 After promising to renegotiate NAFTA on the campaign trail and during his time in the White House, President Trump has delivered.

At the G20 Summit in Argentina on Friday, President Trump officially signed a new trade deal with Mexico and Canada.

“This new deal will be the most modern, up-to-date, and balanced trade agreement in the history of our country, with the most advanced protections for workers ever developed,” President Trump released in a statement.

According to the White House, the United States-Mexico-Canada Agreement rebalances the trade relationship with both countries, secures a stronger deal for American industries and modernizes trade practices for a new era.

More information from the White House:

- Today in Argentina, the United States is joining Canada and Mexico to sign a new trade agreement that will better serve the interests of American workers and businesses.

- This follows the President’s announcement in October that a deal had been reached.

- With the signing of this agreement, President Trump has delivered on his promise to renegotiate NAFTA and protect American farmers, ranchers, businesses, and workers.

- USMCA will help incentivize billions of dollars in additional vehicle and auto parts production in the United States.
- The agreement includes updated rules of origin that require 75 percent of auto content to be produced in North America.
- American autoworkers will benefit from rules that incentivize the use of high-wage manufacturing labor in the auto sector.
- This includes a requirement that 40-45% of a vehicle consist of content manufactured by North American workers making at least $16 per hour.
- USMCA’s labor and environment chapters are fully enforceable and represent the strongest labor and environmental provisions of any trade agreement ever negotiated.
- Mexico agreed to historic labor reforms to provide for genuine collective bargaining.
- The agreement prohibits the importation of goods produced by forced labor.
- The agreement includes provisions that allow agriculture products to be traded more fairly.

- The new agreement includes a modernized chapter that provides stronger and more comprehensive intellectual property protections than any prior United States trade agreement.

- USMCA includes the strongest digital trade and financial services provisions of any United States trade agreement.
- USMCA will cut red tape at the border, streamline trade, and reduce regulatory uncertainty.
The deal will need to be passed by Congress in order to be completed.