Today, it's not the voting but the counting that matters 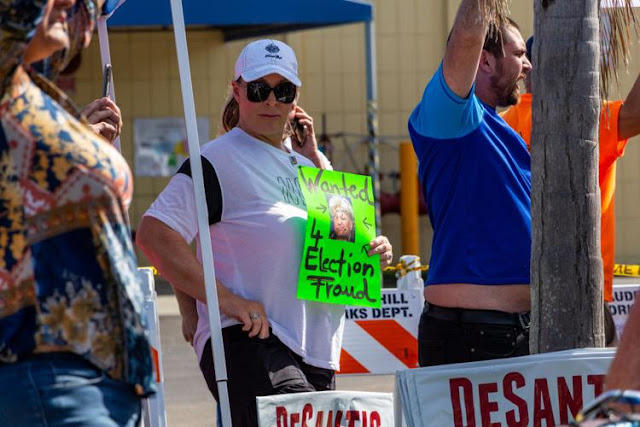 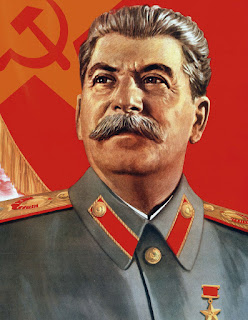 In 1787, Thomas Paine arrived at the convention with a list of issues patriots wanted addressed in our Constitution. 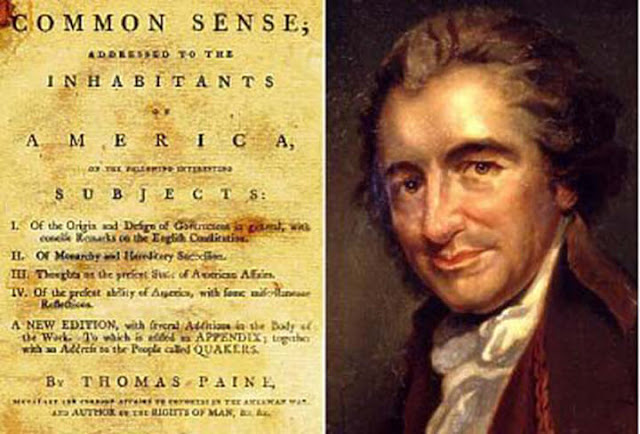 As he approached The Hall, his friend Ben Franklin cautioned, “They won’t allow you in.”

Franklin responded: “They don’t like your views on slavery or voting.” Paine asked, “Who’s going to present the ideas of the people”? Franklin said, “I will” as he grabbed Paine’s books.

As Paine bade farewell, he never thought it’d take 17 decades for all Americans to secure that right.

And he didn’t fathom 230 years later many of those votes would be corrupted.

Since our framers did not address suffrage at the Convention, the venue and process of voting was assigned to the states. 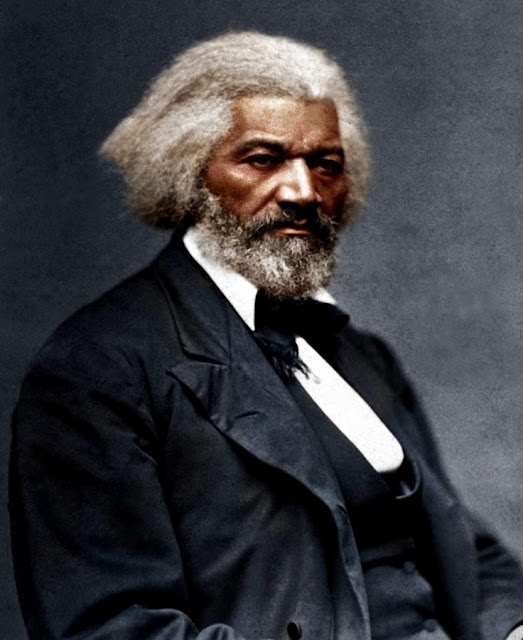 Frederick Douglas Quotes: “I am a Republican, a black, dyed in the wool Republican, and I never intend to belong to any other party than the party of freedom and progress...I recognize the Republican party as the sheet anchor of the colored man's political hopes and the ark of his safety.”

The nucleus for the most aggressive rights movement commenced when former slave Fredrick Douglas joined with Susan B. Anthony. 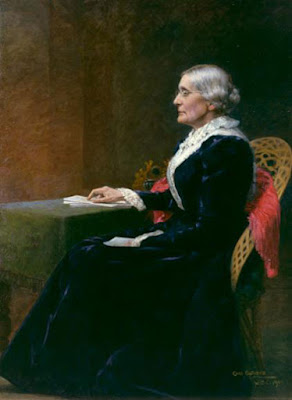 “Voting rights matter. They are a major part of who we are as Americans.”
– Marc Veasey

Even though the 14th Amendment passed by Republicans granted blacks the right to vote, that right was abridged by Southern Democrats with literacy and poll tax requirements until 1965. Some black voters were harassed while trying to register or vote.

But that changed when a Republican Congress proposed the Voting Rights Act of 1965.

Like previous attempts to rectify this flaw in our Constitution with amendments, it would not be easy. The Senate filibuster led by Democrat Senator Robert Byrd, a former recruiter for the Ku Klux Klan, lasted 114 days.

Hours before the bill was championed by Republican Senator Everett Dirksen and passed, a reluctant President Lyndon B. Johnson, who was to sign the bill into law, retorted: "I know the risks are great and we might lose the South, but those sorts of states will be lost anyway."

Americans battled for equal voting rights from the Declaration to the signing of the Voting Rights Act of 1965, an act that was necessary because the Democrat-controlled Southern states persistently oppressed the rights of blacks to vote that was granted by the 14th Amendment to the Constitution.

Note that, for the U.S. presidential elections of Barack Obama in 2008 and 2012, 55 percent of U.S. women, 73 percent of Asian, 71 percent of Hispanics, and a whopping 93 percent of African-American citizens voted. This exceeded the total percent of all whites. “We have come a long way baby’’ in securing American voting rights.

For 35 years, there was nary an incident of anyone being deprived of their right to vote.

Just when it looked as if we had resolved all issues with voter disenfranchisement, it raised its ugly head during the presidential election of 2000.

Unlike the past, this time it was openly blatant and played out on national TV. It was not against those who had been denied voting rights before. It was an obvious plan to disenfranchise an entire party of voters, Republican Party voters, who had proudly cast their votes for the candidate of their choice.

“We can’t sit idly by while unethical liberals try to steal any election.”
– Rick Scott

During the 2000 Election Eve in Florida, liberal pundits falsified poll results to discourage Republicans from voting.

By the time the polls closed, they had deceived Floridians and an entire nation. When Bush was declared victorious, the left was more shocked than Clinton when Monica snitched on him.

This started a five-week war over ballots, rules, and laws as Democrat lawyers searched waste baskets and Dumpsters to harvest votes. They looked for ballots to beef up the count for Gore.

After weeks of this assault targeted to abrogate Republican voters, the U.S. Supreme Court decided to stop this charade. This was a new low for disenfranchisement.

In reaction to the left’s attempt to hijack the 2000 Florida election, the federal government ordered major renovations in the voting process to ensure there were no further infringements against the rights of a selected group of voters again.

But that did not stop Democrats from crying foul every time they told the media and America there was no chance they could lose.

By Election Day of 2016, they convinced the world Hillary Clinton would “trump” Donald Trump. But when all votes were counted, Trump “trumped” her. Democrats have been crying foul since the last ballot was tallied. 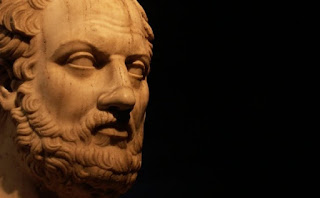 “Someone who fails to get elected will always console himself thinking there was something not fair.”
– Plutarch

“Every election is a repeat performance for sore losers.” And we are looking at that now in Florida for the 2018 Mid-term election, after this last 2016 general election. It’s another “three-ring humdinger.” Once again, according to the left, the wrong candidates won. And since the polls closed, they have been busy harvesting votes again.

They learned from 2000 if they cry foul to their liberal buddies in the media, they can invent all of the votes they wish until someone takes them behind the woodshed and spanks them.

“We must change the structural legal barriers if we wish to produce more progressive wins.”
– David Faris

Progressives have been working overtime since Trump was elected to discredit him and everything he attempts to do.

They vowed to impeach him but needed control of the House to do so; and they did just that.

But the House can only accuse the president. The Senate must hold the hearings to remove him from office.

The left was contesting elections in states around the U.S. to control the Senate.

In Florida, Arizona and Georgia, they were manufacturing votes faster than Obama could say “I won, you lost”.

They succeeded in Montana so one out of four “ain’t that bad.”

“Steal a little and they'll put you in jail, steal a lot and they'll make you king.”
– Bob Dylan

The leftist author of "It’s Time to Fight Dirty," David Faris claims the Constitution is deeply flawed and it puts progressives at a disadvantage to take over American government. He lays out a strategy for fighting dirty though obstructionism and procedural warfare: establishing statehood for D.C. and Puerto Rico; breaking California into several states; creating a larger House of Representatives; passing a new voting rights act; and expanding the Supreme Court. “The stakes have never been higher. This is our path for long-term, progressive control of the United States.”
– David Faris

There was a time in our nation we needed to correct the flaw in our Constitution that didn’t address the untimely contentious issue of suffrage. But we had the wisdom to correct that with the 15th and 19th amendments. We iced the cake with the 1965 Voting Rights Act that was designed to stop Democrats from abridging the right to vote granted by the 14th  Amendment to the Constitution .

Now, instead of ethnic groups, progressive Democrats are disenfranchising the rights of an entire party, the Republican Party, if they can’t win on socialist ideology.

When President Trump stated that we should send federal agents to monitor the counting of votes at offending polls, Democrats put their Alynsky-ism propaganda machine into overdrive comparing him to Kim Jong-Un of North Korea.

“The structural environment is biased against Democrats.”
– David Faris

Knowing politics would divide our republic, our founders left major policy decisions up the states.

Through the years, we’ve addressed policy and human rights issues not predicted at our founding.

With constitutional amendments and the 1965 Voting Rights Act, we corrected abridgment of individual and minority rights.

Now we are in danger of destroying our republic!

When a party, the Democratic Party, colludes with election officials to suppress another party, the Republican Party, that’s a tyrannical attack against democracy!

It is time for federal intervention.

States violating our voting rights laws are committing a federal crime. They must be punished like bad children. To protect all voters, they need federally appointed supervision!

"Every citizen should be guaranteed their vote matters, their vote is counted, and in the voting booth, their vote has as much weight as any CEO, or member of Congress.”
– Barbara Boxer