By The Editorial Board |The Wall Street Journal 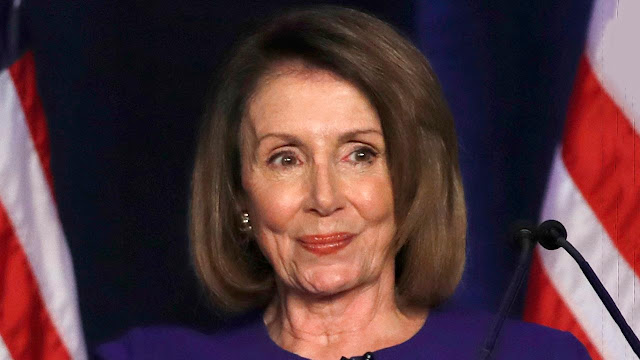 The party that runs against money in politics had a huge financial edge.

Nancy Pelosi pledged Tuesday night that the new Democratic House will deliver campaign-finance reform to “drain the swamp of dark-interest money in our elections.” That’s a little rich.

Mrs. Pelosi’s second run at Speaker comes, thanks in large part to a green wave of cash that Democrats surfed to political victory.

Democratic House candidates this cycle raised $951 million as of Oct. 17, the most recent reporting cutoff, according to figures from OpenSecrets.org. That’s nearly 50% more than Republicans.

Forty-five percent of donations to these Democratic campaigns came from out of state, compared with 34% for the GOP. Of the 34 red districts at last count that flipped blue Tuesday, the Democrat outraised the Republican in all but seven.

Money isn’t everything, but this cash advantage doubtless helped in places where a Democrat narrowly knocked off a Republican incumbent.

Virginia’s Congressman Dave Brat, who lost by 1.8 points, was outraised by $3.2 million.

For New Jersey’s Congressman Leonard Lance, 3.4 points and $2.9 million. The list goes on.

What about outside spending?

Republicans got trounced there, too.

In Michigan’s Eighth, where Congressman Mike Bishop lost by 3.8 points, the spending difference was $2.6 million.

For Colorado’s Congressman Mike Coffman, it was 10.3 points and $4.7 million.

Former New York Mayor Michael Bloomberg pledged to put $100 million into House and Senate races this year as he sets himself up for a possible Democratic presidential run.

Through mid-October he had spent only $38 million, though maybe he turned on the spigot in the last three weeks.

Fundraising for Senate candidates tilted left as well. Democrats raised $513 million, 40% more than Republicans. Sixty percent of Democratic donations came from out of state, compared with 49% for the GOP.

In Missouri and North Dakota the Democrats spent more but failed to sway GOP electorates.

The main exception to this story is Florida, where Republican Rick Scott injected $51 million of personal funds into his campaign. As of Thursday he was leading Senator Bill Nelson by 17,000 votes, and Democrats are demanding a recount while claiming that some votes may not have been counted in Democratic Broward County. (Shades of 2000 election thievery?)

The Center for Responsive Politics says the 2018 midterms were probably the most expensive ever, with projected outlays of $5.2 billion by campaigns, political parties and outside groups. But this is hardly a breathtaking sum for nationwide elections in a country of 325 million people.

As a point of comparison, Americans spend somewhere around $8 billion a year on greeting cards, according to that industry’s trade group.

Although liberals often decry “money in politics,” they don’t mind taking whatever donations are needed to win. Not that there’s anything wrong with that: Donald Trump’s Presidency has energized Democrats, and it figures that excitement translates into fundraising.

This is how American democracy works, as candidates hustle for voters—and donors—while they try to get their messages across.

Creating more federal rules to govern political speech would increase the advantages of incumbents and the liberals who dominate national and local media.

As Mrs. Pelosi’s party celebrates its defeat of two dozen Republican incumbents on Tuesday, Americans should ignore what she says about money and watch what Democrats raise and spend.