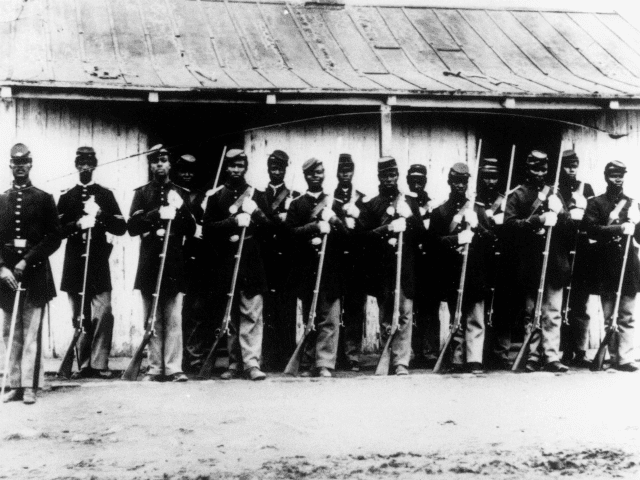 President Donald Trump created the first national park to honor black people who fought in the Civil War with the designation of Camp Nelson in Nicholasville, Kentucky, as the nation’s newest National Monument.

“During the war, thousands of enslaved African Americans risked their lives escaping to Camp Nelson, out of a deep desire for freedom and the right of self-determination. Today, the site is one of the best-preserved landscapes and archeological sites associated with United States Colored Troops recruitment and the refugee experiences of African American slaves seeking freedom during the Civil War.”

The Civil War recruitment and training camp “was organized around an 800-acre core, included more than 300 buildings and tents that housed a quartermaster commissary depot, ordnance depot, recruitment center, prison, and a hospital,” the proclamation says.

“Camp Nelson reminds us of the courage and determination possessed by formerly enslaved African Americans as they fought for their freedom,” the proclamation continued.

“The broader Camp Nelson archeological record also provides opportunities for research and scholarship related to military history, race, identity, and gender during the Civil War — a pivotal chapter of the Nation’s history.”

More than 10,000 African American soldiers enlisted at and were trained at Camp Nelson during the war and added to the 23,000 Kentucky blacks who fought for the Union Army and the 179,000 total black troops who served during the war.

The inclusion of blacks into the U.S. war effort was hailed as the biggest step toward certifying that they would be considered U.S. citizens from that point forward.

Famed anti-slavery advocate Frederick Douglass celebrated the black soldier saying, “Once let the black man get upon his person the brass letter, U.S., let him get an eagle on his button, and a musket on his shoulder and bullets in his pocket, there is no power on earth that can deny that he has earned the right to citizenship.” 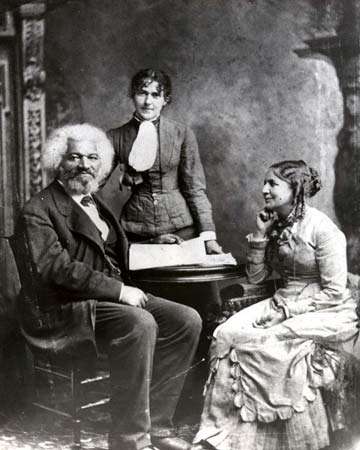 Frederick Douglass and Family: (Seated–His second wife, Helen Pitts Douglass), (Standing–His sister-in-law, Eva Pitts). Douglass once wrote on Abraham Lincoln’s Leadership in war: “In all my interviews with Mr. Lincoln I was impressed with his entire freedom from prejudice against the colored race.” Photo: National Park Service. REFERENCE: Encyclopaedia Britannica.

While Kentucky was a slave state as the war started and initially tried to stay neutral as the fighting flared, the state eventually became a federal stronghold.

Indeed, despite its southern leanings, more Kentucky men served in the Union Army than served in southern forces. About 125,000 Kentuckians fought for the north during the war while only about 33,000 went into the thin gray ranks.

Forty-thousand African Americans died nation-wide during their service between 1862 and 1865.