Afghanistan fiasco may have been the result of blackmail 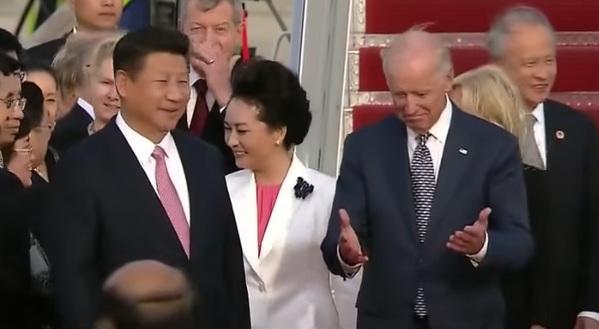 Our political pundits are focusing on Biden's disastrous withdrawal from Afghanistan as a political blunder by the president and our military leaders, but what if the root cause for Biden's withdrawal is much more ominous and sinister than mere stupidity?  The following questions demand an answer.

Why would our military commanders willingly give up Bagram, a strategic airport built by the Russians, and why would they willingly leave $85 billion in military hardware behind?

Why would they leave thousands of Americans stranded behind enemy lines while providing the Taliban a "kill list" of those Americans left behind?  Unlike previous withdrawals, where it is customary upon withdrawal to first evacuate our citizens, and then destroy the equipment and blow up the bases, we did the opposite.  We did not evacuate our citizens.  We did not destroy the equipment.  And we did not blow up the bases.

We have learned that the Biden administration cut off all communication with the anti-Taliban resistance group, the National Front.  Although Ali Nazar, head of foreign relations for the group, has said he "tried to reach out," there has been no response from the Biden administration.  Glenn Beck recently reported that his mission to rescue Afghan Christians has been blocked by our State Department and the White House, and he fears that they may be burned alive or crucified by the Taliban.

Are we to believe that our military leadership, led by four-star generals, is so naïve and incompetent?  Highly unlikely!

A more likely scenario is that Afghanistan was surrendered at the urging of the Red Chinese, who saw an opportunity to blackmail old Joe for the many kickbacks he and his son, Hunter, had been taking throughout his years in Washington, D.C.  It is no secret that the Red Chinese have had their eye on Afghanistan's mineral deposits.  Just two weeks before the American surrender, a Chinese delegation met in Kabul with the Taliban.  Although the mainstream media have protected and covered for Joe Biden, reports of information contained on Hunter Biden's laptop and emails exchanged between his partner, Tony Bobulinski, and Hunter, are damning proof of illicit wheeling and dealing by the Bidens to provide access to the White House while Joe was vice president.

In a May 2017 email exchange between Hunter Biden and his former business partner, Tony Bobulinski, the two discussed how to cut Joe Biden in on a multi-million-dollar deal with a Communist Party billionaire.  In the email, Joe Biden was referred to as "The Big Guy."  That email exchange was one of thousands of messages found on Hunter Biden's laptop that he left behind in a repair shop in Wilmington, Delaware in April of 2019.  The repair shop–owner turned over the laptop to the FBI, but in a telling sign of the FBI's lack of fidelity to our country, it failed to investigate what was clearly a sign of selling access.

As far back as 2013, Hunter Biden's equity firm scored a $1.5-billion deal with the Bank of China only days after his father paid an official visit to the country.  The deal was made at a time when the Red Chinese declared their sovereignty over the South China Sea.  Our allies in the region were rightfully upset and voiced their disapproval; thus, it was in that context that Vice President Joe Biden was sent to China to confront the Chinese about their controversial move.  He flew to China on Air Force Two along with his son, Hunter, and his granddaughter.  However, Joe Biden failed to challenge the Chinese.  Instead, he went soft, and, not surprisingly, his son returned to the United States with a $1.5-billion deal.

Surrendering to a terrorist organization, leaving Americans behind enemy lines, providing the terrorists with $85 billion in military aid which they will in return use against us, and blocking the evacuation of Americans are indicative of an administration acting as a proxy for those who seek our demise.  Already, there has been a transfer of our left-behind arms to Iran and Pakistan, while secretary of state Antony Blinken has announced our intention to recognize the Taliban as a legitimate government should they renounce terror.  Blinken should not need to be reminded that the Taliban is a terror organization, and to drive that point home, they wasted no time in releasing the ISIS and al-Qaeda terrorists held as prisoners while we were there.

Investigative journalist Lara Logan recently stated that instead of holding the terrorists accountable, we are deferring to them on the 20th anniversary of 9/11, the deadliest terrorist attack upon our country.  Negotiating with a terrorist organization is forbidden under U.S. law, but with a corrupt DOJ and a spineless Congress, it appears there is no one we can rely upon but ourselves to conduct a proper investigation into the treasonous acts committed by Joe Biden and his band of cohorts.

Is China, by way of a domestic proxy, now dictating American foreign policy?  If so, where do we go from here?

Shari Goodman has written political commentaries for American Thinker, World Net Daily, the Los Angeles Times, and Israel Today among others.  She is a political activist and public speaker.