The Democrats War on Blacks Keeps Growing in the Pandemic 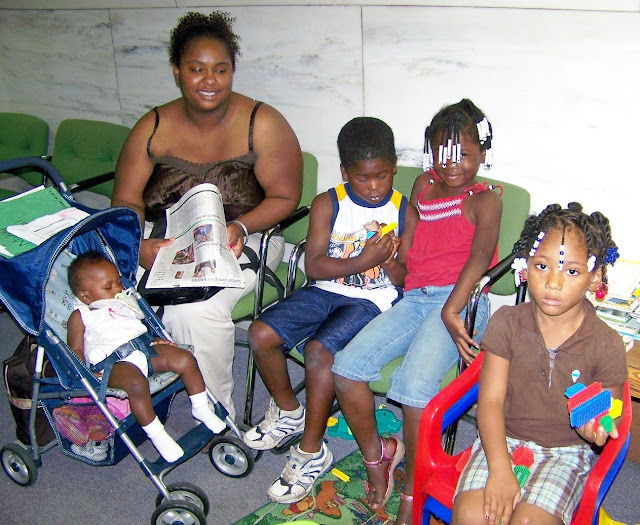 One of the key reasons I left the Democratic Party years ago was the atrocious way they treated black people.

I’m not just talking about “Jim Crow” or LBJ’s well-known patriarchal and racist use of the “n-word” to celebrate blacks voting Democratic forever in gratitude for his ultimately useless early “virtue signaling” called the “War on Poverty.”

(Notice any difference between South Central then and now?)

Since then, it’s only gotten worse. Democrats calling Republicans “racist,” as they do on a ritual basis, is literally one of the more nauseating examples of projection in human history.

But before I go into the egregious details of today’s malfeasances, it should be noted that Larry Elder—the estimable black conservative talk show host who makes videos for The Epoch Times—is in a near-tie with Arnold Schwarzenegger for the percentage of votes garnered in the California gubernatorial recall election. Schwarzenegger got 48.5 percent and Elder, so far, 47 percent. And they’re still counting. (In both instances, they were competing against dozens of candidates.)

Readers will—excuse the redundancy—recall that one made two votes in that election, the first deciding whether to recall Gov. Gavin Newsom and the second for whom to replace him if recalled.

Elder won the latter in a landslide. But just who were the people (along with the predictable corruption) who blocked his way from the governor’s office by voting to preserve Newsom?

I submit that many of them were what we used to call “limousine liberals” and might today be called “Tesla-crats.” They are the rich, often mega-rich, almost always white, people who drive by the myriad horrific homeless encampments of California, trying not to look, as they head for the next trendy restaurant or their magnificent home.

And what is the largest group on a percentage basis in those homeless encampments? Well, I’m sure I don’t have to tell you that it’s blacks.

How can we not have contempt for the hypocritical (to say the least) “Tesla-crats”? But they’re only the plutocratic tip of the Democratic war on blacks we’re watching at this very moment.

Let’s start with the border.

At the moment, there is a crisis of crises at a place called Del Rio, Texas. The left-leaning New York Times is reporting:

“The U.S. Border Patrol said that more than 9,000 migrants, mostly from Haiti, were being held in a temporary staging area under the Del Rio International Bridge as agents worked as quickly as they could to process them.

“The temporary camp has grown with staggering speed in recent days, from just a few hundred people earlier in the week. The authorities and city officials said they expected thousands more to cross the ankle-deep river between Mexico and Del Rio in coming days.”

How many of these people will ultimately enter our country we don’t know. Probably a lot. (It’s reported the numbers under the bridge have swelled to 12,000 now.) How many carry COVID? Again, we don’t know, but probably a lot. What we do know is that since they are, mostly, Haitian, they will likely end up in black communities, bringing their infections with them.

Where is there already the most COVID-19 on a percentage basis? Black communities.

Okay, consider the next—if anything more horrible because more deliberate—example.

In their alacrity to punish Southern red states, our federal government is restricting the monoclonal antibody treatments given those states. Who suffers the most from this? Who may well die from this?

Again, the black community—where these treatments are most needed. Joel Pollak puts it succinctly over on Breitbart.com:

“President Joe Biden’s decision to cut deliveries of monoclonal antibodies to southeastern states, in what critics have called a politically-motivated effort to punish Republican states, could end up sentencing black people to death from coronavirus.”

Is this sadism or stupidity on the part of our president? An argument can be made for both.

Thankfully, Larry Elder is far from alone in standing up for the rights of his people.

Notable lately is rapper Nicki Minaj who has courageously stood up for the truth on Twitter by casting justifiable aspersions—or should I say “throwing shade”—on the Centers for Disease Control and Prevention and Dr. Anthony Fauci.

Naturally she got a lot of pushback from the usual crowd who don’t know what pathetic conformists they are.

Someone named “hasanabi” wrote after the rapper appeared on Tucker Carlson, “You know he’s a white nationalist right?”

Minaj responded: “Right. I can’t speak to, agree with, even look at someone from a particular political party. [People] aren’t human any more… If another party [than the Democrat Party] tells u to look out for that bus, stand there & get hit.”

So far, no one has said it better.