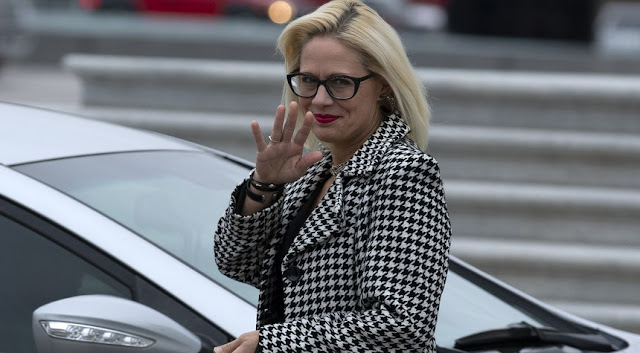 Arizona Sen. Kyrsten Sinema has left the Democratic Party and registered as an independent.

Sinema, in a Friday op-ed in the Arizona Republic, cited increasingly partisan interests and radicalization of both political parties as the reason for her departure. 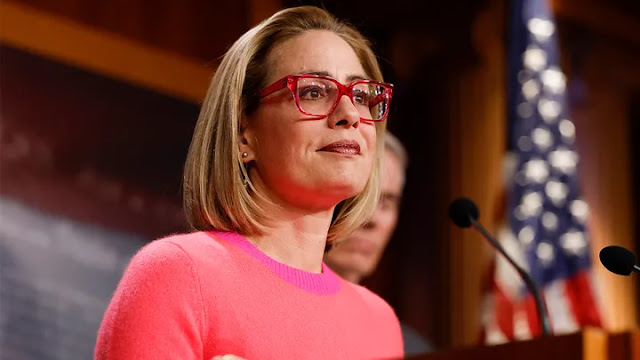 Sen. Kyrsten Sinema, D-Ariz., speaks at a news conference after the Senate passed the Respect for Marriage Act at the Capitol Building on Nov. 29, 2022, in Washington, D.C. (Anna Moneymaker/Getty Images`)

"Americans are told that we have only two choices – Democrat or Republican – and that we must subscribe wholesale to policy views the parties hold, views that have been pulled further and further toward the extremes," Sinema wrote in the op-ed.

"Most Arizonans believe this is a false choice, and when I ran for the U.S. House and the Senate, I promised Arizonans something different," she continued. "I pledged to be independent and work with anyone to achieve lasting results. I committed I would not demonize people I disagreed with, engage in name-calling, or get distracted by political drama."

Sinema went on to accuse mainstream political parties in the U.S. of worrying more about blocking each other out than the well-being of their constituents.

The senator has been the target of extensive intra-party mudslinging for not falling in line with the rest of her party on key issues — most notably, refusing to abolish the filibuster.

"When politicians are more focused on denying the opposition party a victory than they are on improving Americans’ lives, the people who lose are everyday Americans," Sinema wrote in the op-ed.

She added, "That’s why I have joined the growing numbers of Arizonans who reject party politics by declaring my independence from the broken partisan system in Washington. I registered as an Arizona independent. "

The true ramifications of Sinema's departure are yet to be known — more consequential than senators' party affiliation is their caucusing and legislative objectives.

In 2006, former Sen. Joe Lieberman, I-Conn., changed his affiliation from Democratic to "independent Democrat" – a distinction not formally recognized by the Senate. Lieberman did so after losing his primary but continued to caucus with the Democrats.

In 2001, late Sen. Jim Jeffords, I-Vt., dropped his GOP membership and became an independent when the Senate was split 50-50 and began to caucus with the Democrats, giving them the effective majority.

Sinema has not stated whether she will continue caucusing with the Democrats, but sources have told Fox News that she will maintain her committee assignments via the Democratic Party.