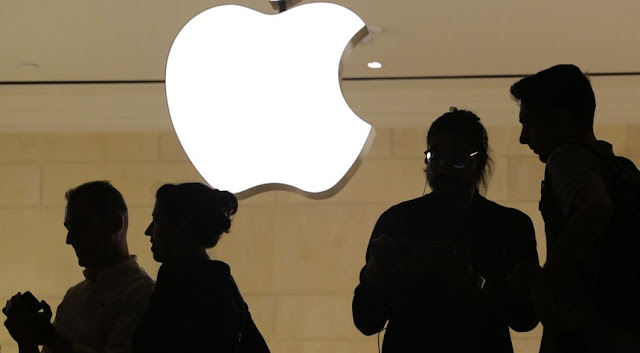 RedState reported earlier on how Twitter CEO Elon Musk alleged Monday on the social media platform he now owns that not only has Apple “mostly stopped advertising on Twitter” but that they have “also threatened to withhold Twitter from its App Store, but won’t tell us why.”

Though Apple has not confirmed nor issued a statement of their own in response to Musk’s claims, one can only surmise that Apple’s moves are a direct response to the activist left’s aggressive efforts to cancel both Musk and Twitter – all for the sin of supporting free speech and open dialogue – by way of urging advertisers to stop supporting the site.

“Content moderation” ostensibly has been the rationale behind the well-funded campaigns to boycott Twitter, with those leading the charge fully aware that “Apple and Google have used their positions as the essential link between app developers and consumers to press for content moderation,” according to the New York Times.

But while Apple has long touted itself as a proponent of safe and inclusive, welcoming environments for people from all walks of life, its actions (including dumping Parler from its app store after the Capitol riot) have ultimately spoken much louder than its words, as evidenced by a deliberate move they made weeks prior to the zero-COVID protests getting underway in the PRC:

But the country’s most widespread show of public dissent in decades will have to manage without a crucial communication tool, because Apple restricted its use in China earlier this month.

AirDrop, the file-sharing feature on iPhones and other Apple devices, has helped protestors in many authoritarian countries evade censorship. That’s because AirDrop relies on direct connections between phones, forming a local network of devices that don’t need the internet to communicate. People can opt into receiving AirDrops from anyone else with an iPhone nearby.

Hidden in the [November 9th] update was a change that only applies to iPhones sold in mainland China: AirDrop can only be set to receive messages from everyone for 10 minutes, before switching off. There’s no longer a way to keep the “everyone” setting on permanently on Chinese iPhones. The change, first noticed by Chinese readers of 9to5Mac, doesn’t apply anywhere else.

Also according to Quartz, Apple made the change to AirDrop not long after “Xi Jinping’s anointment to a third term as China’s leader was met with rare displays of public dissent.”

This isn’t the first time Apple has hampered the ability of protesters in dictatorial countries to communicate or otherwise share information. It took similar actions in 2019 during the Hong Kong protests:

Apple has removed from its App Store a smartphone app [HKmap.live] used by Hong Kong pro-democracy activists to crowdsource the location of protesters and police, after Chinese state media suggested the tech giant was aiding “rioters.”

Apple initially rejected the app last week, saying that it “encourages an activity that is not legal,” and allows users to “evade law enforcement,” according to its developers.

Nonetheless, HKmap.live did briefly become available in the App Store before Apple announced Wednesday that it was being removed.

Sen. Josh Hawley (R-Mo.) also reminded folks of Apple’s history of using Chinese slave labor to produce its products all while declaring themselves as leaders in the fight against supposed human rights violations (like sensible election reform bills in states like Georgia) here at home.

Meanwhile, apps like TikTok which in essence are controlled by the PRC and which are considered actual security risks by the U.S. government are allowed to stay on Apple Apps. Go figure.