By By Bonchie | RedState.com 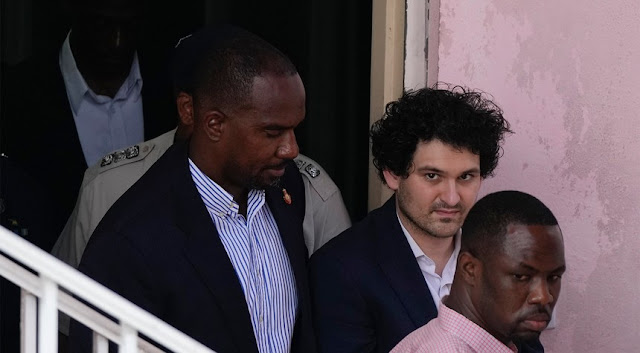 Sam Bankman-Fried, the man at the center of the FTX scandal, is back on US soil after having been extradited from the Bahamas to face federal charges. Naturally, because our justice system is about as coherent as a two-year-old quoting Shakespeare, the notorious fraudster was immediately granted bail and is now spending the holidays with his family. The American oligarchy is alive and well.

But I digress, there’s a lot more to the FTX scandal than just Bankman-Fried’s fate, and one of the more interesting aspects of the entire ordeal is just how close many Democrats were to him. In fact, according to Politico, a Democrat operative and close advisor to Bankman-Fried named Sean McElwee had a direct backchannel setup with the White House.

That slack channel, which reportedly contained ongoing conversations between McElwee and administration officials (as well as “well-known reporters”) was promptly shut down when Bankman-Fried resigned as CEO. Moreover, McElwee is also a co-founder of Data for Progress and only began negotiating his exit from the organization after FTX collapsed in on itself. If everything was above board, then why would Data for Progress feel the need to cut ties so quickly?

To say there are a lot of red flags with this situation is to understate things dramatically, and the questions surrounding the administration’s involvement become obvious with this news. What exactly was McElwee, operating as an advisor to Bankman-Fried, passing along to the White House? What exactly was the White House telling McElwee? Were they coordinating donations? Discussing messaging? Trading favors and influence? Or was there something even more sinister going on?

So far, Democrats have done their best to distance themselves from the man who was their second-largest donor in 2022, but these relationships aren’t going away just because the mainstream press ignores them. Having a secret backchannel with the White House is a big deal, and people deserve to know what their government was doing coordinating with a scam artist like Bankman-Fried.

Imagine for a moment that a Republican president had a secret backchannel set up with a major donor that is now being charged with fraud, among other crimes. Does anyone doubt it’d lead every newscast for weeks on end? Heck, I’m pretty sure there’d be a special counsel.

Bankman-Fried was influencing Democrats at the highest levels of government, using his cash to purchase access. Worse, the Biden administration was happily giving it to him. How deep does Joe Biden’s involvement go? Was he aware of the slack channel? What promises did he make in exchange for Bankman-Fried throwing his cash around?

There needs to be a serious investigation done into all this. The DOJ isn’t going to look into it given it is beholden to Biden. But with the GOP about to take over the House in January, they do have the means to form a select committee. They should do so and then they should dig deep into the relationships and connections between Bankman-Fried and Democrat politicians. This has the potential to be the biggest scandal in decades. Keep the pressure on.

By By Cristina Laila | Gateway Pundit 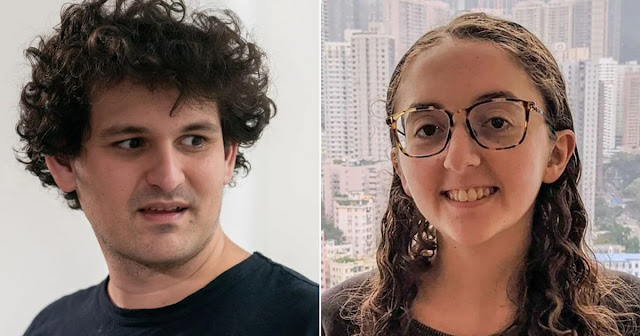 According to US Attorney Damian Williams, Caroline Ellison is cooperating with prosecutors in the Southern District of New York.

In a separate complaint, the SEC charged Ellison and Wang with securities fraud.

Ellison said her former company Alameda had access to FTX’s cash which ultimately afforded her an unlimited line of credit with no oversight.

Because of this arrangement, Alameda was able to ‘borrow’ money from FTX without having to put up any collateral or be subject to margin calls.

“From 2019 through 2022, I was aware that Alameda was provided access to a borrowing facility on FTX.com, the cryptocurrency exchange run by Mr. Bankman-Fried,” Ellison said. “In practical terms, this arrangement permitted Alameda access to an unlimited line of credit without being required to post collateral, without having negative balances and without being subject to margin calls on FTX.com’s liquidation protocols.”

Former Alameda Research CEO Caroline Ellison said she and FTX co-founder Sam Bankman-Fried misled lenders about how much the company was borrowing from the cryptocurrency exchange.

Ellison revealed her actions in a Dec. 19 plea hearing in a Manhattan federal court, Bloomberg reported.

“I am truly sorry for what I did. I knew that it was wrong,” she said, according to a transcript of the hearing in which she acknowledged the financial ties between her company and FTX.

Bankman-Fried, 30, the disgraced crypto exchange founder, faces multiple charges from the Southern District of New York and the Securities and Exchange Commission.

He was released Thursday on $250 million bond after his arrest in the Bahamas earlier this month.

Ellison said that “if Alameda’s FTX accounts had significant negative balances in any particular currency, it meant that Alameda was borrowing funds that FTX’s customers had deposited on the exchange,” the Bloomberg report said.