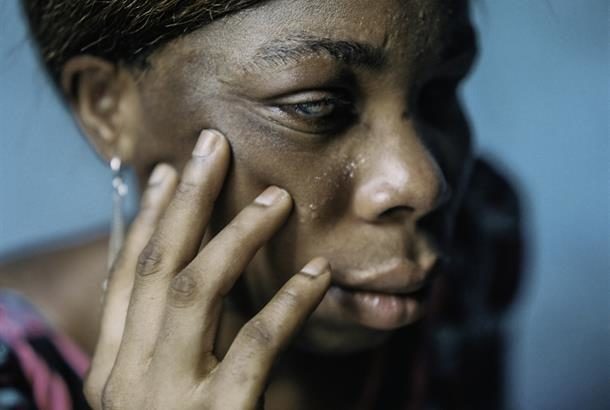 On September 22nd, 1862 Abraham Lincoln, then 16th President of the United States, signed was what known as the Emancipation Proclamation.

This document dictated that on January 1st, 1863, all slavery under his jurisdiction would forthwith be abolished.

Although Texas, Arkansas, Louisiana, Tennessee, Mississippi, Alabama, Georgia, Florida, South Carolina, North Carolina and Virginia were legally freed, news of the Emancipation reached Texas much later on June 19th, 1865; hence the Juneteenth recognition.
Given its significance, we must pause to consider the value placed on this occasion, two and a half years after President Lincoln signed the history making document. To do so properly, we must first look at the impact of the Proclamation.
Although it did not all happen overnight, this was the catalyst for their liberation. All this should have been cause for celebration, but the battle was far from over. This proclamation allowed former slaves the freedom to fight in this war between those that wanted them in slavery- and those that did not. This ‘Civil War’, also known as the ‘War between the States,’ took an estimated 620,000 lives: the bloodiest war in American history.

Why? Solely because of America’s Democrat party.

When the party was created in 1829, Democrats did everything in their power to continue slavery. Of the 167 countries that employed slavery, only America’s Democrat party felt it was good for the slave. As such, they put all their hopes on its continuation. So, when slavery ended, America screeched to a halt.
Imagine, if you will, all the gas in America drying up at once. No work forces. Absolutely no labor. No plantation, if you will. The Democrats understood this and were prepared to die for it. Aside from Westward Expansion, despite what you may have heard, slavery was the primary reason for going to war against ourselves.
Even when the confederate army lost, that did not stop the Democrats. They were not going to allow Blacks to feel “equal” in any way. First, immediately following the end of slavery, blacks were denied their “40 acres and a mule.” This was soon followed by the actions of the Klu Klux Klan, Black Codes and Jim Crow laws; anything to keep blacks in their place.

Fast forward to the present.

Considering all that transpired, one might wonder why blacks vote Democrat. Part of the answer lies in the New Deal. Blacks, hungry and desperate after the great depression, were duped by Democrats with food and provisions. The cost: their allegiance. Black people felt the Democrats were there to help them when nothing could be further from the truth. This was the first of many ploys in which the party used blacks to their advantage. Yet, there were still many blacks that knew who the Democrats were; those tactics changed nothing for them. These situations drew deep lines of division between blacks that trusted the Democrats, and those that did not.

This was not the first time such division occurred.

Malcolm X alluded to this division in a speech in 1963. He discussed those mindsets as those of the House Negro and the Field Negro. The house negros and field negros played distinct roles in shaping our party allegiance today. The field negro had no delusions of grandeur. He was property and knew it. He would never be more than a slave, a tool. Running away was always in the back of his mind.
The house negro was the opposite. He lived in the “Big House,” and felt he was part of the family. Though no more than a slave and a tool, he genuinely employed such delusions. He felt, by virtue of his lifestyle, he must be important to the master and as such, was willing to do whatever it took to keep his life the way it was. So, when the field negro approached him about running away to freedom, the house negro spurned him, singing the master’s praises along with the benefits of staying where they were; oftentimes betraying his confidant. Despite all that transpired over the past 160 years, such mindsets still exist today.

Unbeknownst to many in America, Juneteenth has been celebrated for many years.

However, the year 2020 was significantly different. With a tangible rise in tensions regarding America’s racial climate due to several recent events, much of America was, and still remains in pander-mode. Democrats spotlighting Black lives lost due to White Policemen, such as George Floyd, Rayshard Brooks, and more recently, Walter Wallace, Jr., Household name brands and globally recognized companies are scrambling to become “racial-injustice sensitive”-just in time for Juneteenth.
Unfortunately, most blacks have forgotten who the Democrats really are. They believe the lies of “The BIG Switch” and programs and policies that do little more than enable them and keep them on the “Democratic Plantation.” Some have even joined the party and continue to vote, despite that most blacks ideologically disagree with 90% of what Democrats stand for. How ironic that the primary victims of slavery still support the party of slaveowners, while celebrating the Emancipation from slavery.
What is the point of an Emancipation Proclamation celebration, if Blacks all over the nation overwhelmingly align themselves with the group that they were emancipated from?
There is a growing number of blacks, such as myself, that see through the Democratic deception and refuse to align ourselves with them; let alone vote for a Democrat. We understand that the Democratic party has not and will never change. Their ideas and programs, even areas where they manage, and/or govern, still resemble slave lifestyle. Their homes and neighborhoods are run down, suffering, and dilapidated. They train black mothers how to rely on them and exclude the fathers of their children for pay, while the Democrat plans incarcerate an unprecedented amount of black men. This is not about who is in the White House. We must wake up. We must start paying attention. This is a plan. A setup. In fact, this is Slavery 2.0.

At Seeking Educational Excellence, we destroy narratives. The many misconceptions drilled into our already indoctrinated children only seek to further confuse an already confused demographic. To change this trajectory, we align these youth with professionals and inspirational leaders that offer not only critical thinking, but concepts and practices designed to broaden their worldview. Tomorrow will be too late- let’s start today. Seeking Educational Excellence; inspiration, not indoctrination.
Posted by Frances Rice at 9:34 AM