Brinton Is Busted Again. What Exactly Are the Qualifications for Working for Biden? 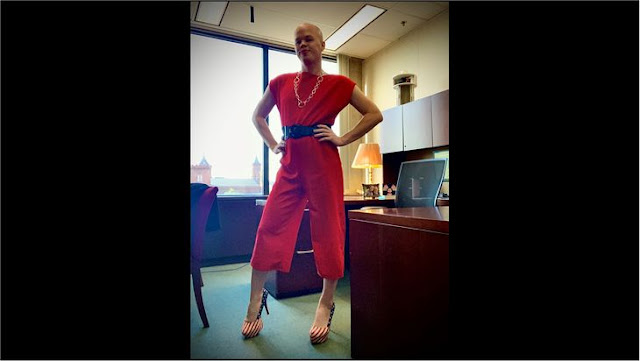 And, here we go again. A felony arrest warrant for grand larceny has been issued for Department of Energy official Sam Brinton. Brinton is the deputy assistant secretary of the Office of Spent Fuel and Waste Disposition. The reason for the warrant? Stealing luggage. Again. 8 News Now said that the latest theft occurred at Harry Reid International Airport in Las Vegas. Brinton was placed on leave for stealing luggage at Minneapolis-St. Paul International Airport this past September. He originally claimed the first incident was a mistake, but video footage emerged of him removing the tag from the luggage, according to the Washington Examiner. He was also seen using the bag from the first heist on two other trips.

Along with his two thefts, the website LGBTQ Nation has called out Brinton for possibly lying about child abuse and traumatic conversion therapy. Brinton has also made headlines for being non-binary, his penchant for “puppy play,” and his participation in sex seminars.

So how does such a man end up appointed to a position in the federal government? He’s non-binary. In the never-ending quest to upend everything in its sights, it would appear that the Biden administration wanted to make sure that, as it did with Dr. Rachel Levine, it was seen promoting LGBTQ people to important posts. This isn’t to say that an LGTBQ person couldn’t do those jobs. I’ve known plenty of LGBTQ people who were savvy and successful businessmen and women. They were literate, conversant, and honest. But the Biden administration wants to secure its place as the most left-wing presidency in history and out-Obama Obama.

On PJ Media and across various websites, there are almost-daily stories on how White House Press Secretary Karine Jean-Pierre has made such a hash of her job that she makes Harpo Marx look like Winston Churchill by comparison. While the Biden administration is eager to go as woke as possible, could it not find non-binary people, people of color, or women for those posts who have the requisite skill sets and basic values such as not stealing and lying? Or people without agendas? Or does character even matter, when color and sexuality are the first two qualifications?

No, only the optics matter, along with the constant demolition of Chesterton’s fences across the national landscape. The recent prisoner swap of a WNBA player for someone who is arguably one of the most dangerous men in the world, while leaving a U.S. Marine behind, tells us all we need to know. The requisite woke boxes were checked while Joe Biden got to look on, smiling like a jackal on ketamine. Not that Griner should not have come home, but our government refused to work out a better deal than that.

It could have, but it didn’t want to do so. It wanted a dopamine rush and the good press immediately. The consequences can be dealt with later. 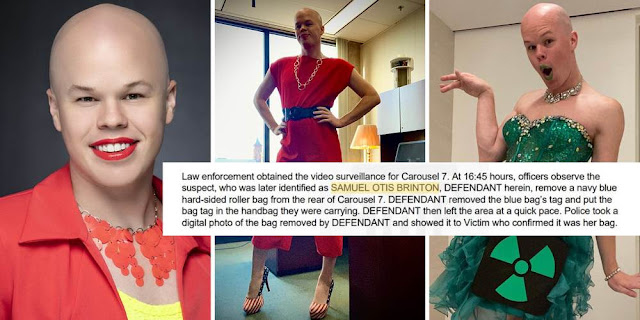 Not to get all politically correct for just this second, but if you’re part of the alternative lifestyle—I guess you have carte blanche to break the law, specifically to steal thousands of dollars worth of stuff. We all had a good laugh about Sam Brinton, the non-binary senior nuclear official for the Biden administration. The Energy Department staffer was busted for stealing a woman’s luggage that reportedly contained clothing valued north of $2,000. Mia has more:

A cross-dressing, gender non-conforming top official in the Biden administration is facing a felony theft charge that carries a five-year prison sentence for stealing a woman's suitcase containing clothes worth well over $2,000 at a major Minnesota airport in September, after lying about the incident to law enforcement and confessing to the crime, according to court records Townhall has viewed.

Brinton is charged with one felony count of theft punishable by up to five years in prison, a $10,000 fine, or both, if convicted of the offense, according to a criminal complaint requesting that Brinton be ordered to appear in court for the theft charge.

Law enforcement officers at the Minneapolis-St. Paul (MSP) International Airport were alerted on Sept. 16 to a missing suitcase in the baggage-claim area, according to Hennepin County court documents obtained by Townhall. The female victim, who flew into MSP Airport on a Delta flight from New Orleans, went to claim her navy blue hard-sided Vera Bradley 26-inch roller bag, but the woman's luggage containing her clothing, which was scanned as arriving at 4:40 p.m. local time, was missing from Carousel 7.

Five minutes later, video surveillance captured a suspect—identified as Brinton—retrieving an identical bag from the carousel's rear, removing the luggage tag, and placing it in a handbag, a probable cause statement says, adding that the defendant left the scene quickly after flying in on a separate American Airlines flight at 4:27 p.m. from Washington, D.C. American Airlines records confirmed that the non-binary DOE official did not check a bag and, thus, didn't have a valid reason to be at baggage claim.

And as if the fine and the possible jail time weren’t enough if convicted, Brinton has been busted again for stealing someone else’s luggage from Harry Reid International Airport (via 8NewsNow):

A felony warrant was issued for Sam Brinton, a deputy assistant secretary, sources said. The charge is for grand larceny with a value between $1,200 and $5,000, records showed.

Brinton is a deputy assistant secretary of the office of spent fuel and waste disposition, according to the Office of Nuclear Energy’s website.

Republicans want this senior nuke official to be terminated from his position. This luggage snatching isn’t an isolated incident, and it sure seems like an open-and-shut case. But we all know that Brinton won’t get jail time. He’ll probably get half the fine, probation, and community service because that’s what happens when you’re a Democrat who steals thousands of dollars worth of items. The system turns a blind eye.