The Twitter Files Part III: The Banning of Donald Trump 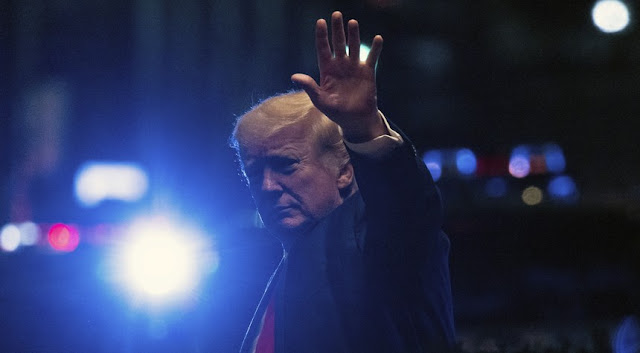 What is noteworthy about this release is that it also discusses Twitter’s collaboration with the FBI and Department of Homeland Security (DHS) when it comes to moderating the platform. Journalist Matt Taibbi, who released the first part of the series, notes that “the internal communications at Twitter between January 6th-January 8th have clear historical import” and that the company’s employees “understood in the moment that it was a landmark moment in the annals of speech.”

The journalist explains how Twitter executives “started processing new power” after they banned Trump and laid the groundwork for future decisions regarding the banning of presidents.” The employees said the Biden administration would “not be suspended by Twitter unless absolutely necessary.”

6. As soon as they finished banning Trump, Twitter execs started processing new power. They prepared to ban future presidents and White Houses – perhaps even Joe Biden. The “new administration,” says one exec, “will not be suspended by Twitter unless absolutely necessary.” pic.twitter.com/lr66YgDlGy

Twitter executives said they removed Trump because of the “context surrounding” the actions of Trump and his supporters throughout the 2020 election season.

Prior to the riot, the company employed a more “subjective moderation” approach.

Taibbi notes that after the riot, communications on Slack showed Twitter executives “getting a kick out of intensified relationships with federal agencies.”

The journalist goes on to discuss a Slack channel in which Twitter would converse about “election-related removals,” particularly related to “ accounts, which are called “VITs,” or “Very Important Tweeters.” He wrote:

On October 8th, 2020, executives opened a channel called “us2020_xfn_enforcement.” Through J6, this would be home for discussions about election-related removals, especially ones that involved “high-profile” accounts (often called “VITs” or “Very Important Tweeters”).

The smaller group consisting of former CEO Jack Dorsey, former head of legal, policy, and trust Vijaya Gadde, and former cybersecurity head Yoel Roth, were a “high-speed Supreme Court of moderation,” according to Taibbi. They made content moderation decisions “on the fly, often in minutes and based on guesses, gut calls, even Google searches, even in cases involving the President.”

It appears these individuals did not put much thought into decisions to ban, or otherwise punish, accounts tweeting views with which they disagreed.

Meanwhile, these executives were “clearly liasing” with federal agencies regarding the moderation of content related to the 2020 election.

In fact, Roth met weekly with officials from the FBI and DHS, and also the Office of the Director of National Intelligence (DNI).

This post about the Hunter Biden laptop situation shows that Roth not only met weekly with the FBI and DHS, but with the Office of the Director of National Intelligence (DNI).

In a report to these three agencies, Roth wrote:

We blocked the NYP story, then we unblocked it (but said the opposite) … and now we’re in a messy situation where our policy is in shambles, comms is angry, reporters think we’re idiots, and we’re refactoring an exceedingly complex policy 18 days out from the election.

The FBI even sent Twitter reports highlighting certain tweets, one of which involved Indiana Councilor and Republican named John Basham in which he said: “Between 2% and 25% of Ballots by Mail are Being Rejected for Errors.”

Twitter decided that these tweets were “proven to be false” and that one of them was “no vio on numerous occasions.”

What is also noteworthy is that the journalists did not “see one reference to moderation requests from the Trump campaign, the Trump White House, or Republicans generally.”

The company also prepared to put a “mail-in voting is safe” warning label on a tweet from Trump calling out a voting mishap in Ohio that involved mail-in ballots. They decided against it after realizing that “the events took place” which means the former president’s tweet was “factually accurate.”

Even more damning is that Trump was “visibility filtered” about a week before the election despite not appearing “to have a particular violation.” Employees worked quickly to ensure that any of Trump’s tweets could not be “replied to, shared, or liked.”

Taibbi indicated at the beginning of the thread that more drops would be coming on Saturday and Sunday further explaining the decision to ban Trump as well as other issues. Journalists Bari Weiss and Michael Shellenberger are expected to handle the next batch of information.