Beware of Narratives and Misinformation 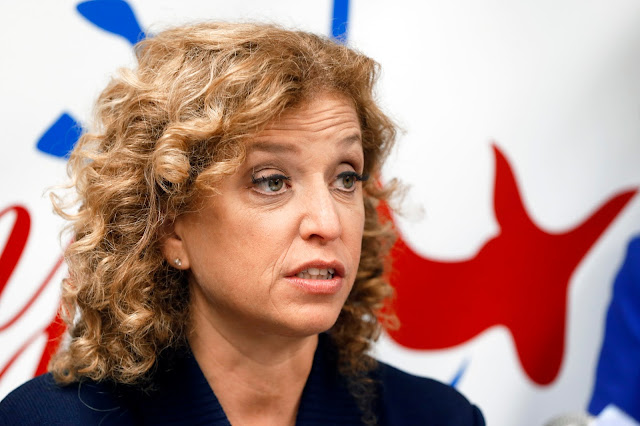 
But that finding was reportedly based largely on the DNC's strange outsourcing of the investigation to a private cybersecurity firm. Rarely does the victim of a crime first hire a private investigator whose findings later form the basis of government conclusions.
WikiLeaks founder Julian Assange is many things. But so far he has not been caught lying about the origin of the leaked documents that came into his hands. He has insisted for well over a year that the Russians did not provide him with the DNC emails.
When it was discovered that the emails had been compromised, then-DNC Chairwoman Debbie Wasserman Schultz weirdly refused to allow forensic detectives from the FBI to examine the DNC server to probe the evidence of the theft. Why did the FBI accept that refusal?
That strange behavior was not as bizarre as Wasserman Schultz's later frenzied efforts to protect her information technology specialist, Imran Awan, from Capitol Police and FBI investigations. Both agencies were hot on Awan's trail for unlawfully transferring secure data from government computers, and also for bank and federal procurement fraud.
So far, the story of the DNC hack is not fully known, but it may eventually be revealed that it involves other actors beyond just the Russians.
There is not much left to the media myth of James Comey as dutiful FBI director, unjustly fired by a partisan and vindictive President Donald Trump. A closer look suggests that Comey may have been the most politicized, duplicitous and out of control FBI director since J. Edgar Hoover.
During the 2016 election, Comey, quite improperly, was put into the role of prosecutor, judge, and jury in the investigation of Hillary Clinton's use of a private email server while she was secretary of state. That proved a disaster. Comey has admitted under oath to deliberately leaking his own notes -- which were likely government property -- to the media to prompt the appointment of a special counsel. That ploy worked like clockwork, and by a strange coincidence, it soon resulted in the selection of his friend, former FBI Director Robert Mueller.
Comey earlier had assured the public that his investigation of Clinton had shown no prosecutable wrongdoing (a judgment that in normal times would not be the FBI's to make). It has since been disclosed that Comey offered that conclusion before he had even interviewed Clinton.
That inversion suggests that Comey had assumed that whatever he found out about Clinton would not change the reality that the Obama administration would probably drop the inquiry anyway -- so Comey made the necessary ethical adjustments.
Comey was also less than truthful when he testified that there had been no internal FBI communications concerning the infamous meeting between Clinton's husband, former President Bill Clinton, and former Attorney General Loretta Lynch on an airport tarmac. In fact, there was a trail of FBI discussion about that supposedly secret rendezvous.
Before he fired Comey, Trump drafted a letter outlining the source of his anger. But it seemed to have little to do with the obstruction of justice.
Instead, Trump's anguished letter complained about Comey's private assurances that the president was not under FBI investigation, which were offered at about the same time a winking-and-nodding Comey would not confirm that reality to the press, thus leaving the apparently deliberate impression that a compromised president was in legal jeopardy.
There is also a media fantasy about the Antifa street protestors. Few have criticized their systematic use of violence. But when in history have youths running through the streets decked out in black with masks, clubs and shields acted nonviolently?
Antifa rioters in Charlottesville were praised by progressives for violently confronting a few dozen creepy white supremacists, Klansmen, and neo-Nazis. The supremacists were pathetic losers without any public or political support for their odious views, and they were condemned by both political parties. Yet Antifa's use of violence was compared perversely by some progressives to American soldiers storming the beaches on D-Day. 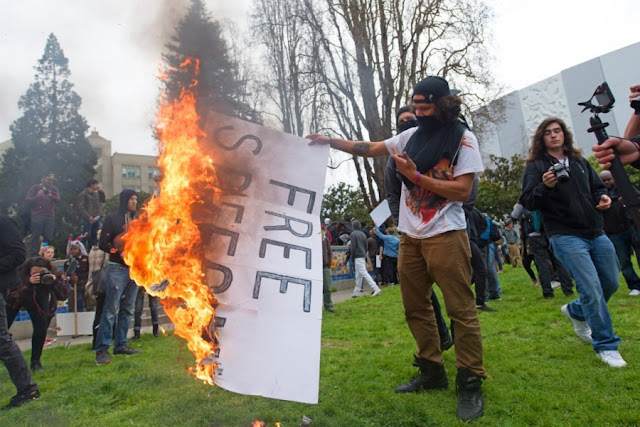 Later, Antifa thuggery in Boston and Berkeley against free speech and against conservative groups without ties to white supremacists confirmed that the movement was fascistic in nature.
It was recently disclosed that the FBI and the Department of Homeland Security had warned the Obama administration in 2016 that Antifa was a domestic terrorist organization that aimed to incite violence during street protests. That stark assessment and Antifa's subsequent violence make the recent nonchalance of local police departments with regard to Antifa thuggery seem like an abject dereliction of duty.
Doubts about official narratives of the DNC leaks and the errant behavior of James Comey and misinformation about the violent extremists of Antifa illustrate media bias -- not to mention entrenched government bureaucracies that are either incompetent, ethically compromised or completely politicized.