Hollywood confession: I don't think I can stomach voting for Academy Awards anymore 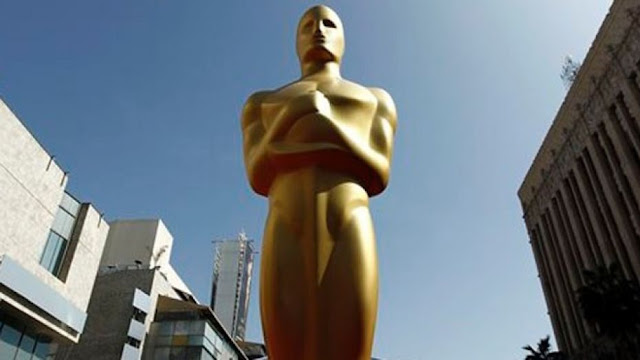 
I was admitted to the writers’ branch of the Academy of Motion Picture Arts & Sciences in 1983. I was thrilled at the time, joining a short, but august list that included people like Neil Simon and Tom Stoppard.
Every year after that I dutifully voted in the Oscars, although the movies themselves, in general, got worse and worse. At the same time, the voting got to be more and more of a chore while my politics and world view drifted further apart from the lockstep Hollywood leftism of the majority of my fellow Academy members.
Still, I soldiered on, if only to make some small impact on the results from the right.  After all, the Academy only has roughly eight thousand members and my vote in the Oscars counted far more, on a percentage basis, than it did in normal government elections.
But I think I've had it.  I'm not into boycotts, but I'm not sure I can participate anymore.  I don't know if I'm going to vote in this years' Academy awards.
There's only so much a man can take.
The Oscars and the Emmys have been platforms for some of the most puerile political posturing imaginable for years now, but the latest Emmys may have been the proverbial straw that broke the camel's back with Stephen Colbert making brain dead "Trump is Hitler" jokes that would embarrass Mel Brooks.  (I have some sad news for Colbert: Trump is funnier than you are - and he gets to be president too.)
The Academy and the creative guilds (writers, directors, actors, etc.) make endless pronouncements on the necessity for diversity in their memberships - remember #Oscarssowhite - but the real diversity missing from those organizations is viewpoint diversity. Without that, the rest is meaningless.  Worse, it's gratuitously divisive.
A recent mailing detailing monthly events at the Writers Guild reaches the level of self-parody.  Not a single activity was listed that wasn't centered on the grievances of some minority - Asian writers, Latino writers, LGBTQ writers, women writers, etc.  Gone are the days of the creative artist as rebel.  Here are the days of the "creative artist" as whiner - no one is doing enough for him, her or “ze.”  The Hollywood creative guilds have turned into upscale versions of campus "safe spaces."
So back to my vote.  One of the perks of Academy membership is that every year at this time members receive personal DVD screeners of the year’s films gratis from the studios and indepndents. It’s fun to get them, but there are a lot of movies and it’s a commitment to watch them all.  I'm not sure what I will do or if I'm going to vote yet, but, with Hollywood going more knee-jerk left than ever, as they say in Congress, “I'm leaning no.”
Roger L. Simon - the only writer alive to be profiled positively by both Mother Jones and The National Review - is an Academy Award-nominated screenwriter of many films, prize-winning mystery novelist and co-founder and CEO Emeritus of the influential new media company PJ Media.


http://www.foxnews.com/opinion/2017/09/25/hollywood-confession-dont-think-can-stomach-voting-for-academy-awards-anymore.html
Posted by Frances Rice at 9:47 AM